‘I feel empty without the Queen’: Super fan with record-breaking £200,000 royal memorabilia collection mourns the monarch who she says became a ‘motherly role model’ to her

A grandmother who owns the world’s largest collection of royal memorabilia says that she feels empty after hearing the news about the death of Queen Elizabeth II.

Anita Atkinson, 64, from Crook, County Durham, has dedicated the past 45 years of her life to collecting keepsakes of the royal family and credits Her Majesty for being her role model.

The royal fanatic – who has collected 12,777 royal artefacts, including 5,000 dedicated to the late Queen – refuses to leave her royalty-filled home without a piece of her collection.

One of Anita’s most prized possessions is a framed napkin that was used by the new King Charles II on an aeroplane. 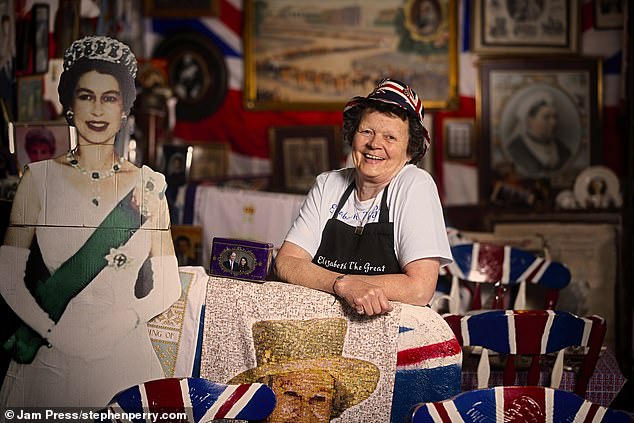 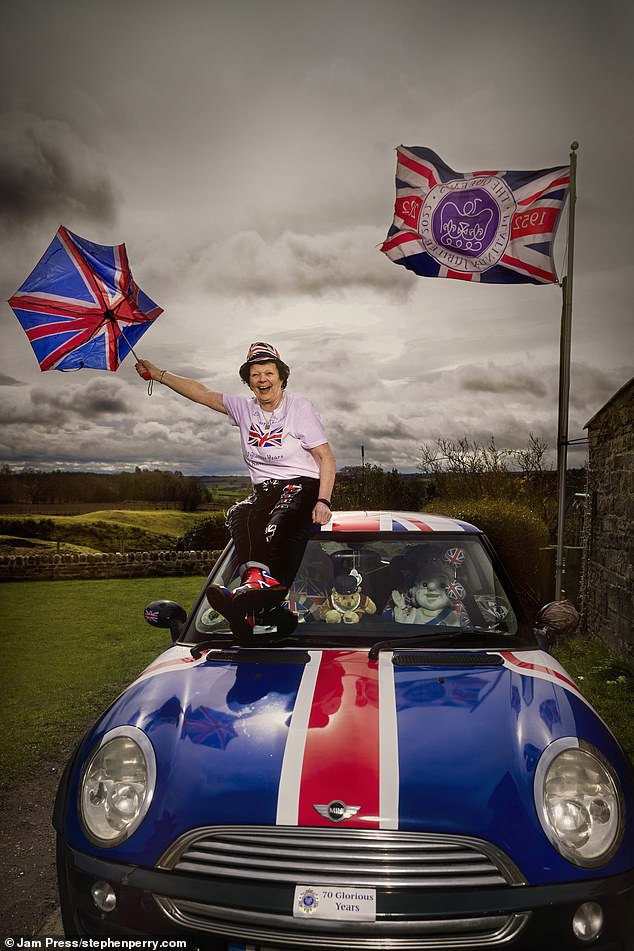 Anita has collected 12,777 royal artefacts, including 5,000 dedicated to the late Queen, over the last 45 years

She has held the world record for the collection since 2001.

‘I’m empty, I don’t know what I’m going to do without the Queen in my life,’ Anita said.

‘What an amazing work ethic she had – she never went back on her promise to serve.

‘I think about her every day. She has been part of my whole life and more because she’s been around even before I was born. 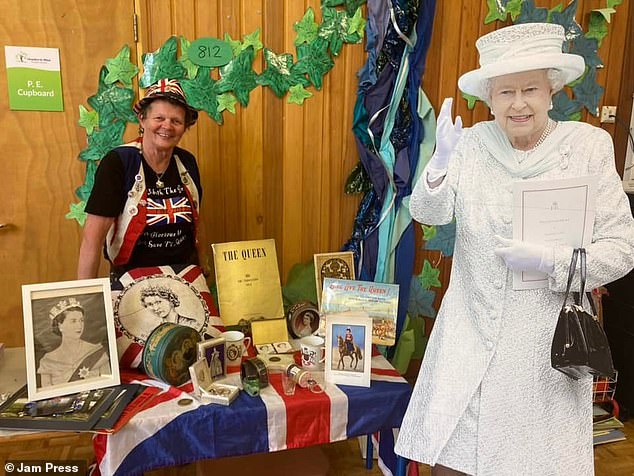 The superfan, who has held the world record for the collection since 2001, said she feels ’empty’ without  the Queen 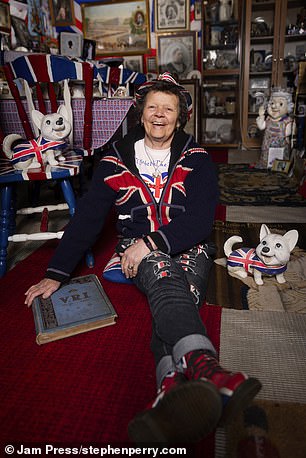 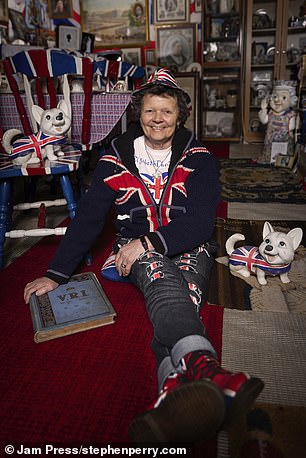 Anita (pictured here among her significant memorabilia collection) saw the Queen as a symbol of consistency, as well as a motherly role model, since the death of her own mother 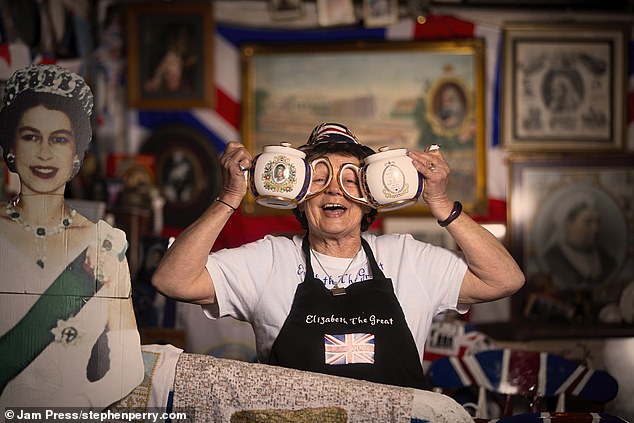 Among the reasons Anita (pictured) loves the Queen, is the monarch’s devotion to duty and service

‘She has been the one constant in my life and has been my motherly role model after my mum died 34 years ago.

‘She was a 96-year-old woman who has worked hard and served every day for 70 years.

‘She was the most powerful woman in the world and the most photographed, yet so unassuming.

‘She was humble and most importantly forgiving – she never criticised anyone and was a really positive influence.’ 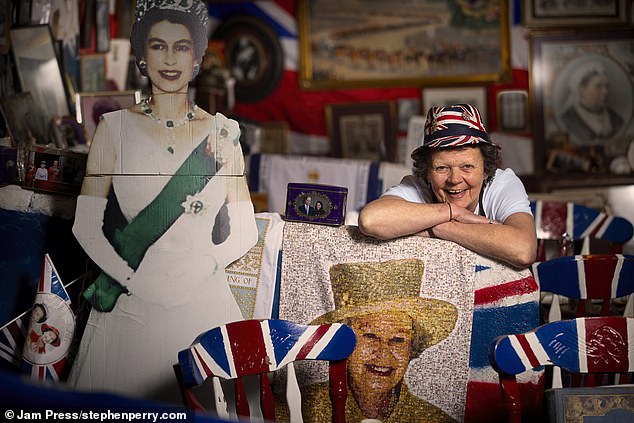 According to the royal super fan (pictured here with a cardboard cutout of the Queen), the royal was ‘humble’ and ‘forgiving’ 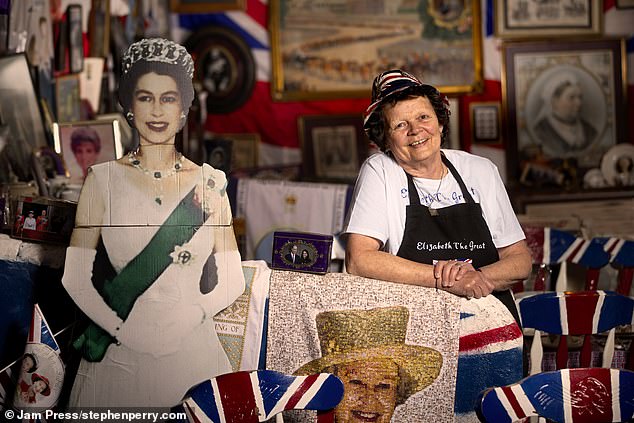 Although Her Majesty has died, Anita ‘is surrounded by reminders of her legacy every day’, thanks to her collection

Every inch of Anita’s home is devoted to the royal family and Anita is surrounded by reminders of the Queen’s legacy every day.

She added: ‘I can’t not think about her – she is there when I’m washing the dishes and in all the bedrooms.

‘She’s the first and last thing I see and think about every day. I bring her out with me every time I leave the house.’ 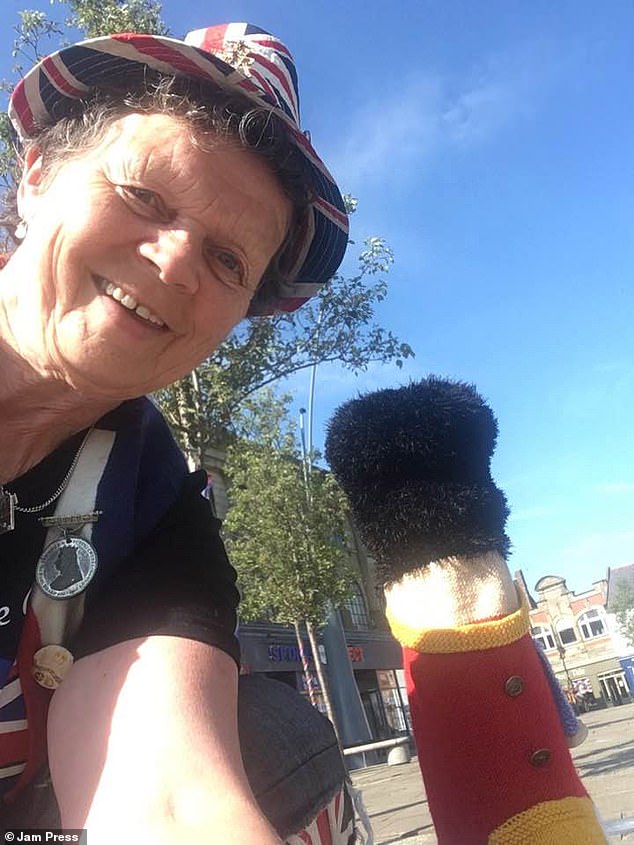 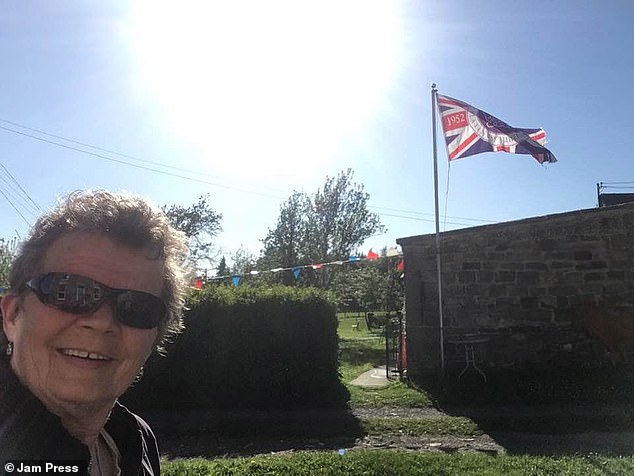 The royal fan has turned her home into a museum, which others can visit. They have been signing a book of condolences since the death of Queen Elizabeth

The royal enthusiast even recalls a time when she brought an entire suitcase full of memorabilia to the hospital when she was in labour.

She said: ‘I brought a case with me to the hospital including my books and because I couldn’t bear the thought of missing the royal wedding of Charles and Diana in 1981.

‘To this day, she is by my side at all times – she’s on my broach, my car keys and all over my home.

‘My elegance has passed to the crown and the new King. It will be quite strange at first to see his face slowly replacing hers. 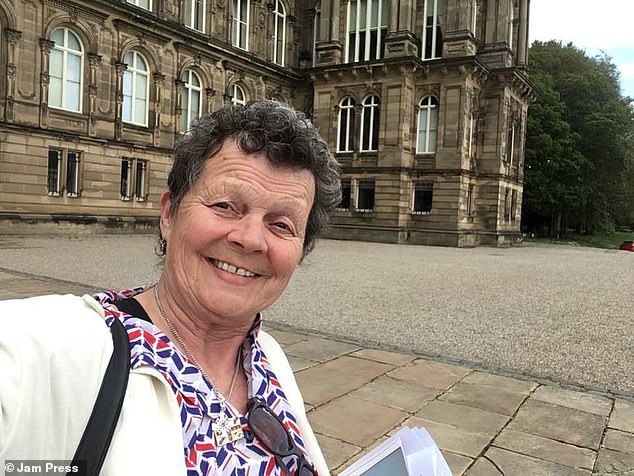 According to Anita, Her Majesty is ‘by [her] side at all times…  on [her] broach, car keys and all over [her] home 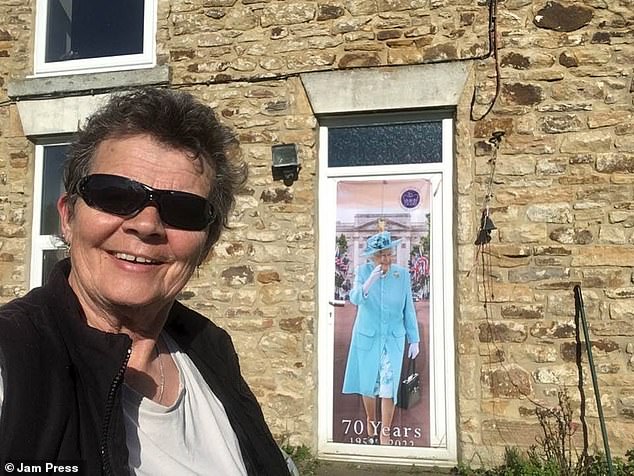 Anita (pictured) says she will be heading to London this week, to mourn the death of Queen Elizabeth

‘I am going to London this week to mourn her passing.’

Anita extended her collection, worth over £200,000 into a museum on her property for others to visit.

Since the Queen’s passing yesterday, she said visitors have expressed their sadness in a book of condolences.

No candidates elected to Baseball’s Hall of Fame in 2021