Have you picked up one or two extra streaming subscriptions over the past few years?

It makes sense! We’ve all been stuck inside with nothing better to do. New players have entered the market, the year’s best TV shows are spread across seven major paid platforms, and free trials can roll over much faster than you think. If you want to stay up to date with the latest prestige dramas, reality TV and live sports you’re probably going to have shell out for multiple services, and they’re getting more expensive. 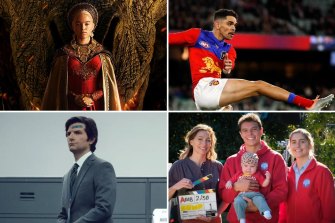 Fantasy, sports, comedy-dramas, sci-fi thrillers… whatever your preferred niche, there’s a streamer out there for you.Credit:Binge; Kayo; Stan; Apple TV+

If you’re an AFL fan who wants to keep up with The Kardashians and is excited for the new Game of Thrones spinoff House of the Dragon, that’s three streaming services (Kayo, Disney+ and Binge) and it’ll set you back $47 each month.

With so much of our money now getting eaten up by rising living costs, including petrol and iceberg lettuce, it’s a good time to check what you’re paying for, and if it’s right for you. Here’s a guide to help with your end-of-financial-year audit.

Netflix
What you get: A huge library and an increasing number of original movies and TV shows (of varying quality) ranging from Stranger Things to Ozark to Is It Cake?

As Netflix is far and away Australia’s most popular platform, one benefit of keeping your subscription is keeping up on current cultural conversations. But that’s worth weighing up against the price. Netflix’s standard plan (which allows you to watch in HD) costs $16.99 per month, making it one of the most expensive offerings on the market. 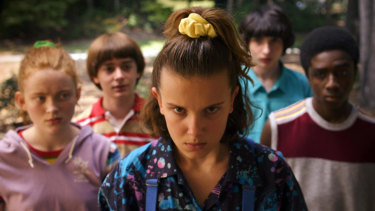 A scene from Stranger Things, which has been a hit for Netflix.Credit:Netflix

What you get: Stan* is big on original local content. Some of the latest releases include Nude Tuesday, Wolf Like Me and the returning Claudia Karvan series Bump. But it also gets its fair share of international exclusives (think Better Call Saul, RuPaul’s Drag Race and Hacks) that can keep you hooked with week-to-week viewing.

If you’ve been getting into some of the older TV shows, however, it’s worth checking if they’re also on one of your other platforms. Hot tip: iconic, bingeable series like The Office and Gossip Girl are also on Netflix. 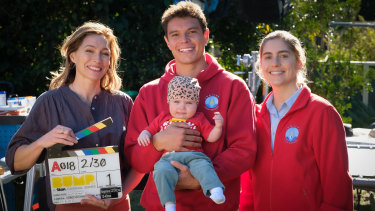 The second season of Bump is now streaming on Stan.

Last year Stan also rolled out an add-on sports package that’s especially handy for fans of rugby, soccer and tennis. Stan Sport delivers every Grand Slam live and on-demand, and gets you exclusive access to every match of the Super Rugby and UEFA Champions League.

What you get: Every film and TV show from Disney, Pixar, Marvel, Star Wars and National Geographic. This makes it a great choice for anyone with young kids (it’s the only place you can stream hits like Luca, Encanto and Frozen without paying additional fees to rent or buy). But there’s plenty for adults to watch too. 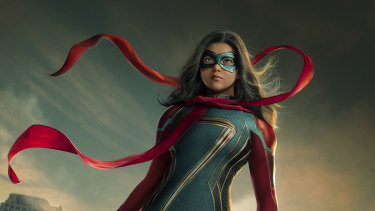 Ms Marvel is one of several recent universe-expanding shows on Disney+.Credit:Disney+

Disney+ has been getting a lot of buzz recently with new universe-expanding series like Ms Marvel and Obi-Wan Kenobi. Plus, as Disney also owns a majority stake in Hulu, it boasts series like The Kardashians and Only Murders in the Building.

What you get: The best bits of Foxtel… without paying for the full Foxtel experience. Binge features a curated selection of movies and TV across all genres (as opposed to Foxtel Now, which requires you to pick “channel packs” which start at $25 per month).

The big drawcard for many viewers will be the cheaper access to HBO content, including The Staircase, Barry and House of the Dragon (the upcoming Game of Thrones prequel). HBO has long been regarded as the powerhouse prestige TV network, and Binge’s content deal with them means some of the most critically acclaimed shows will live there for the forseeable future. 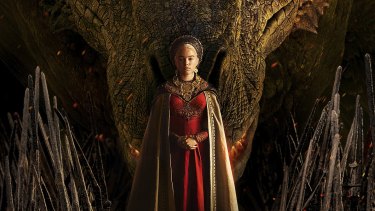 House of the Dragon will premiere on Binge on August 22.Credit:HBO

What you get: Access to all sorts of sports including AFL, basketball, American football and rugby league. You can watch games either live or on-demand, and you’ll also get access to 13 sports channels including Fox Sports and ESPN.

Kayo is owned by Streamotion, which is a subsidiary of Foxtel, but is far cheaper than a Foxtel sports package (that will set you back $74 a month or $59 a month on a 12-month plan). Unlike Stan Sport, however, it does run some ads due to the streams provided by certain broadcasters. 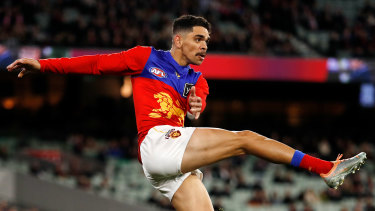 What you get: Prime Video boasts its own original TV shows and films (see: The Boys, The Summer I Turned Pretty) and a broader library of content including Australian stand-up comedy and sports documentaries.

As it’s far cheaper than some other services, you can get a lot of bang for your buck. But be careful once you’re in there: the platform also offers you the chance to buy or rent certain movies including those still in cinemas (which can set you back $25-35). 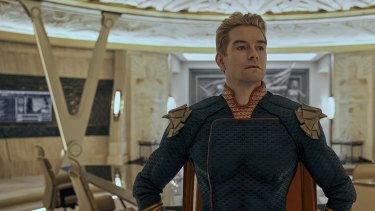 The Boys, our reviewer wrote, “makes The Avengers look like child’s play”.

What you get: Apple TV+ has really stepped up its game in the past year or so, consistently delivering a series of must-watch releases. It’s not just the cute and cuddly Ted Lasso. The platform has drawn people back in with critically acclaimed dramas like Severance and Shining Girls, and it also became the first streaming platform to win Best Picture with its original film CODA.

The bad news is the platform doesn’t have a large library to dive into, so it might be hard to justify the cost once you’ve burned through your favourite show.

What it costs: $7.99 per month (or three months free when buying an Apple device) 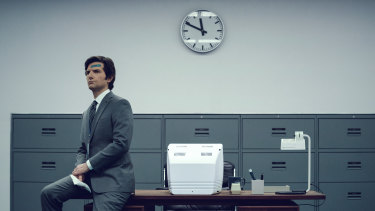 Adam Scott plays a middle manager at the mysterious Lumon Industries in ‘Severance’.

What you get: Paramount+ is one of the latest platforms to enter the market in Australia, and is still working to build up its library of original content. But, thanks to various content deals, it does have a decent spread across blockbuster movies, reality TV, comedy, drama and sport.

This is the only place you can watch certain Showtime shows like Yellowjackets, for instance. And it also hosts series from Comedy Central, MTV and Nickelodeon. The sports offering is limited to just soccer at this point, but that might be enough for local fans. Paramount+ streams every game of the A-League live and on-demand, as well as most international games from the Socceroos and Matildas.

But that’s not all…

There are also a handful of other streamers that are worth considering when finding the right mix for you, especially if you have a niche interest. Horror diehards can turn to Shudder ($5.99 per month). Reality TV obsessives have Hayu ($6.99 per month). And fans of the Premier League can watch on Optus Sport ($24.99).

And remember: SBS On Demand, ABC iView, 9Now, 7Plus and 10Play are all totally free. That might not be a bad place to start.

*Stan is owned by Nine, the publisher of this masthead.