Casting comments. After Teddi Mellencamp’s friend Tamra Judge, announced she was returning to The Real Housewives of Orange County, Teddi was concerned for how OC alum Vicki Gunvalson would feel about the news.

“I can’t imagine [how she’s taking it],” the former Real Housewives of Beverly Hills star, 41, said during an exclusive interview with Us Weekly on Wednesday, August 3, while promoting her “Two T’s in a Pod” show. “I think whenever you feel a rejection, it’s hard and you have to process it. But I do know that … all I felt was excitement for [Tamra] to get a job that she’s really great at doing and I wanna support her. But I mean, [Vicki] … she’s a lot.”

Teddi, who left RHOBH after season 10 in September 2020, added that she was “not surprised” that Vicki, 60, wasn’t asked back to the franchise after being let go following season 14. Tamra, 54, was also fired after that season, but confirmed her return during a July episode of Watch What Happens Live With Andy Cohen. 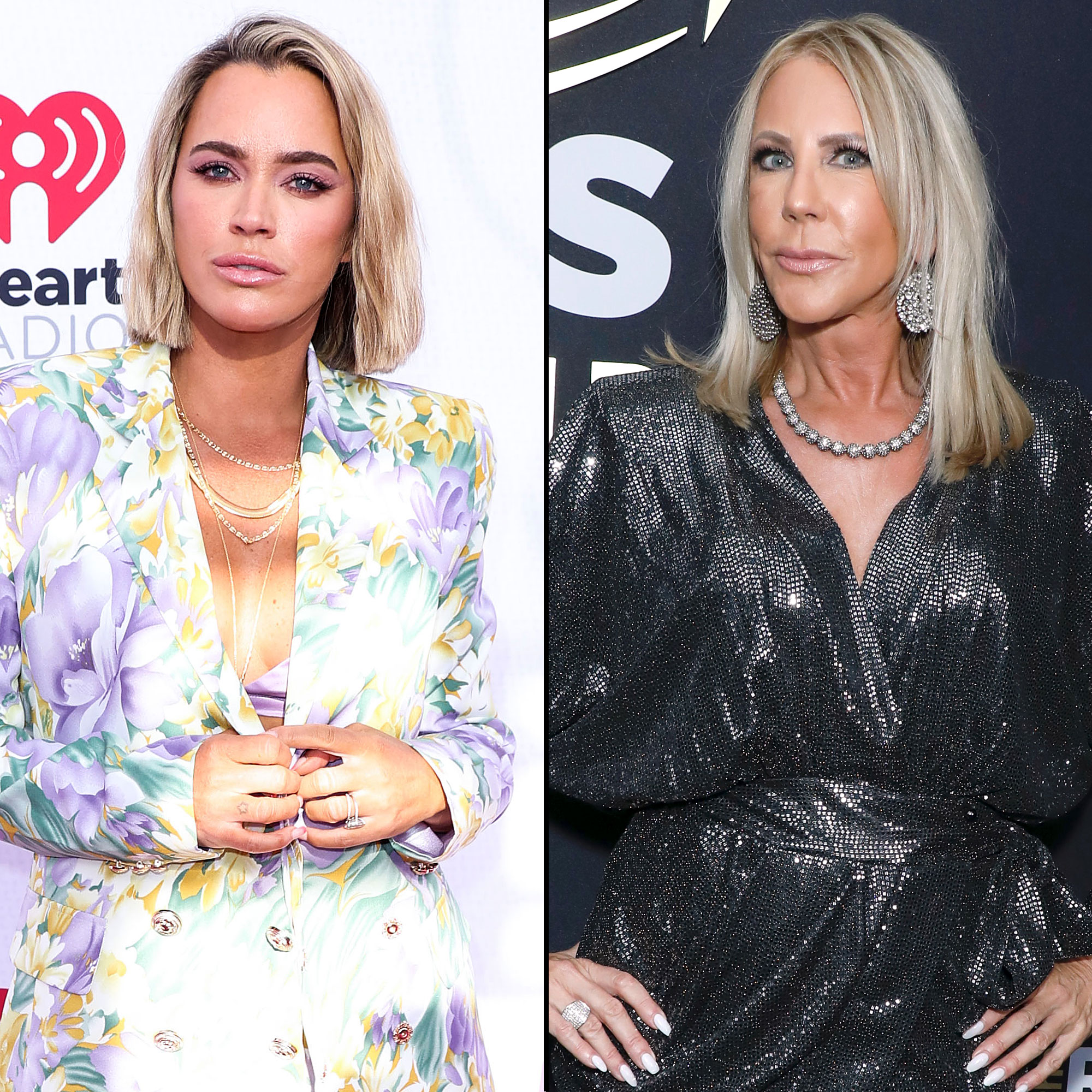 “I wouldn’t be surprised if [Vicki] comes back on in some capacity and you start to see her more now that Tamra’s there,” the Indiana native explained to Us. “But … in my opinion, seeing Tamra for a little bit without Vicki will show a different side of Tamra.”

From ‘Jesus Jugs’ to ‘Turtle Time’: A ‘Real Housewives’ Dictionary in GIFs

In June, Vicki declared that she didn’t like Teddi during a joint interview with Tamra ahead of season 2 of The Real Housewives: Ultimate Girls Trip. The podcast host, meanwhile, believes she has a good idea as to why the “OG of the OC” has such an issue with her.

“[It’s] not jealousy of who I am, but jealousy of the closeness that Tamra and I were effortlessly able to get,” she shared with Us, taking into consideration the intimate friendship Tamra and Vicki have developed over the years on and off RHOC.

Teddi went on: “[Tamra] and I met a couple of times before the podcast, but [as] soon as we joined forces, we had so much fun, and it was just an effortless friendship … and I think [Vicki] could probably feel that. And I think there was a part of her that was annoyed.” 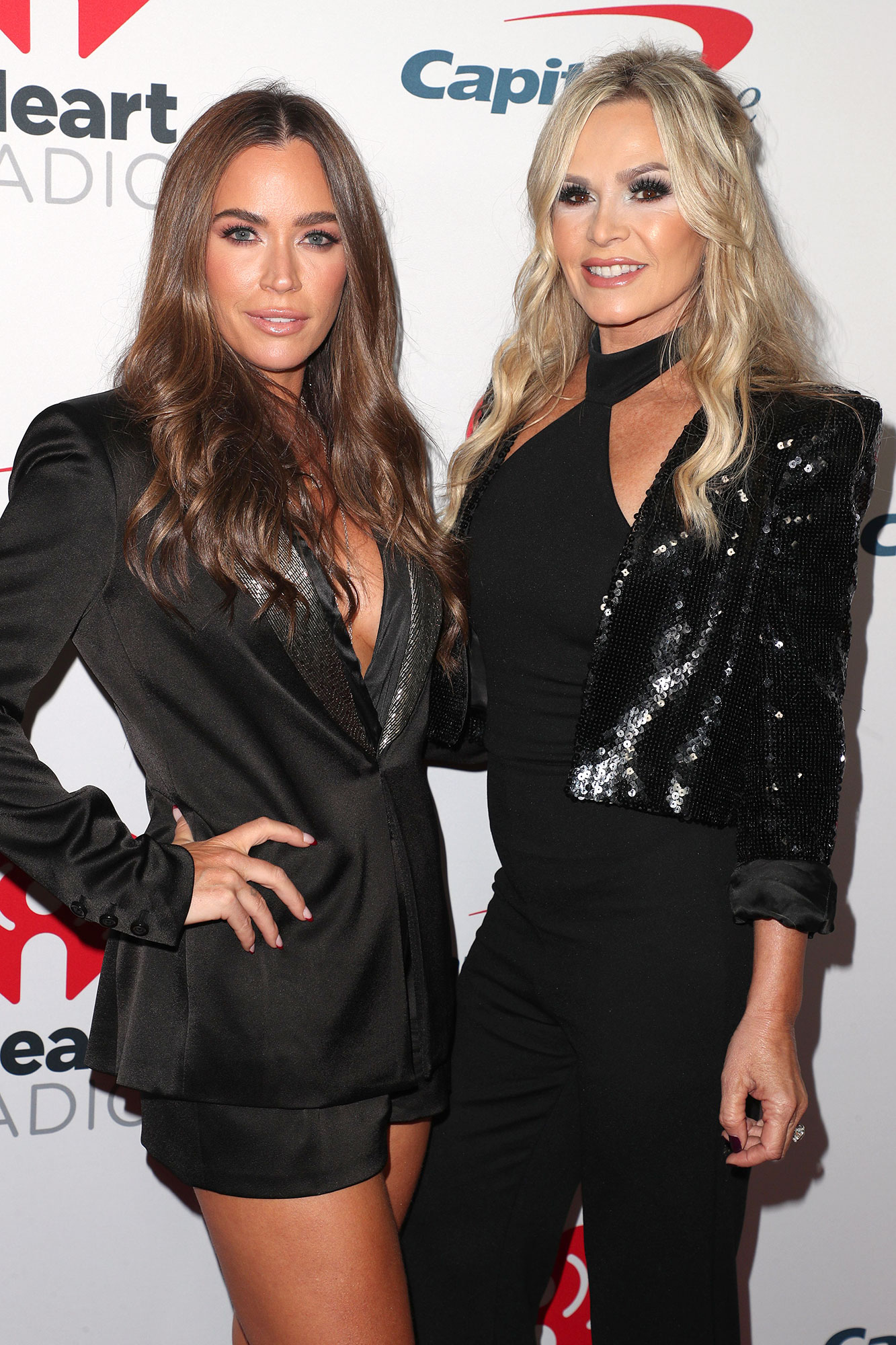 The former Bravo personality pointed out that the Coto Insurance owner had an antagonistic attitude toward her prior to the interview comments.

From Bethenny to NeNe to Camille! ‘Real Housewives’ Who Left and Returned

“Before that, Vicki came on our podcast and told me to my face she didn’t [like me],” the fitness influencer continued. “She [was] like, ‘I don’t really [like you], I’m jealous. How much are you guys paying me to be here?’ I’m like … ‘You want me to Venmo you?’ And then she was pissed that I didn’t! I’m like, ‘I don’t pay anyone. Talk to [iHeartRadio].’”

Speaking of her podcasting ventures, Teddi credited the success of “Two T’s and a Pod” to her and Tamra’s ability to “push each other” — especially when discussing the Housewives.

“Sometimes, even when you’re filming Housewives, you don’t wanna push the envelope because you don’t wanna deal with the bigger repercussions,” the California resident explained. “But we’re just talking about a television show. So, I can separate — same with Tam. We’re just having fun doing it. Plus, it’s on Thursday — for “thirsty Thursday” — and champagne’s involved, so you never know what’s gonna happen!”

Ryan Sutter Returns to Work After Recovering From 2 'Major' Surgeries