Wish you were back here, Boris? Inside the lavish celeb-loved Caribbean resort where the former PM holidayed with wife Carrie before returning for Tory leadership race – complete with its own airport and golf course

After former Prime Minister Boris Johnson cut short his holiday to make a bid to regain power, only to pull out of the leadership race just 48 hours later, he may well wish he’d stayed on the sun lounger.

Last week, the ex-leader of the Conservative Party, 58, was enjoying some quality time with wife Carrie, 34, and their two children Wilfred and Romy in the lavish Casa de Campo resort in the Dominican Republic.

But following Liz Truss’ resignation last Thursday, BoJo cut his family trip short and rushed back to Westminster with an Economy class ticket.

For the next two days, Boris was locked in crisis talks with his supporters before confirming that putting himself forward as leader again ‘would simply not be the right thing to do’.

According to Page Six, Carrie and Boris’ luxurious holiday destination has welcomed every A-List celebs from Beyonce and J’Lo to Justin Bieber and Taron Egerton – and even has its own airport so guests can jet in on private planes. 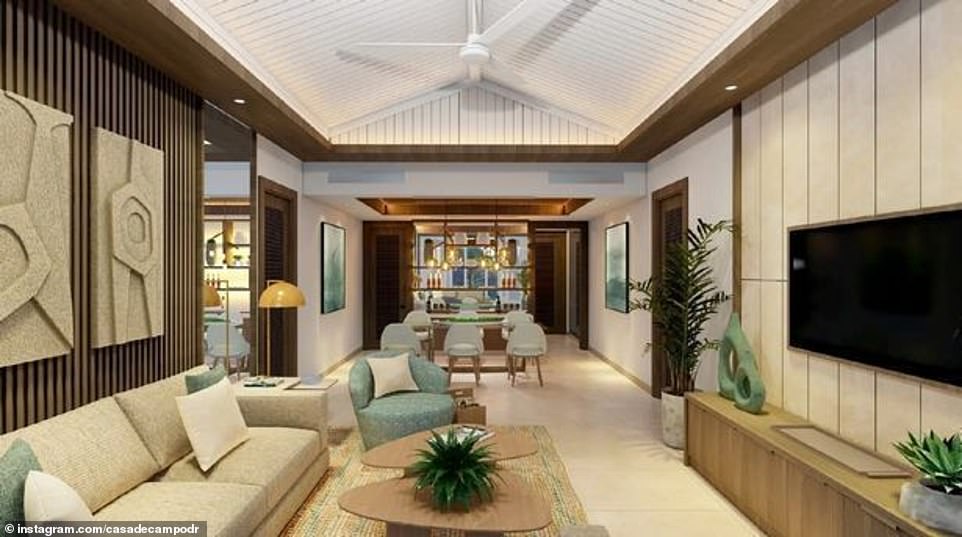 The luxurious holiday destination has welcomed every A-List celeb from Beyonce and J’Lo to Justin Bieber and Taron Egerton. Pictured: one of the suites at the exclusive resort 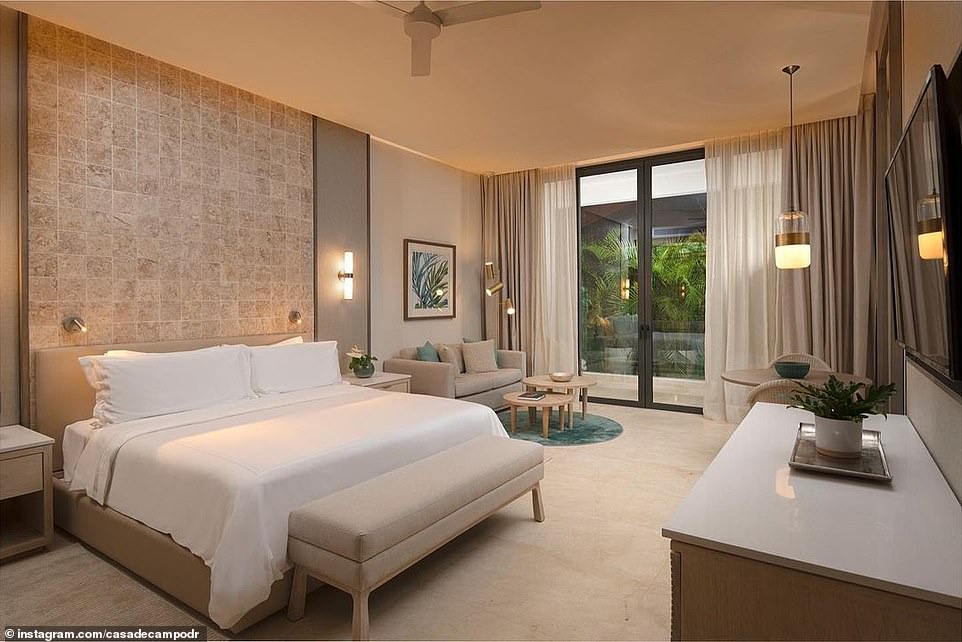 Sleep easy! Each villa has trendy minimal interiors and stunning views of the surrounding greenery 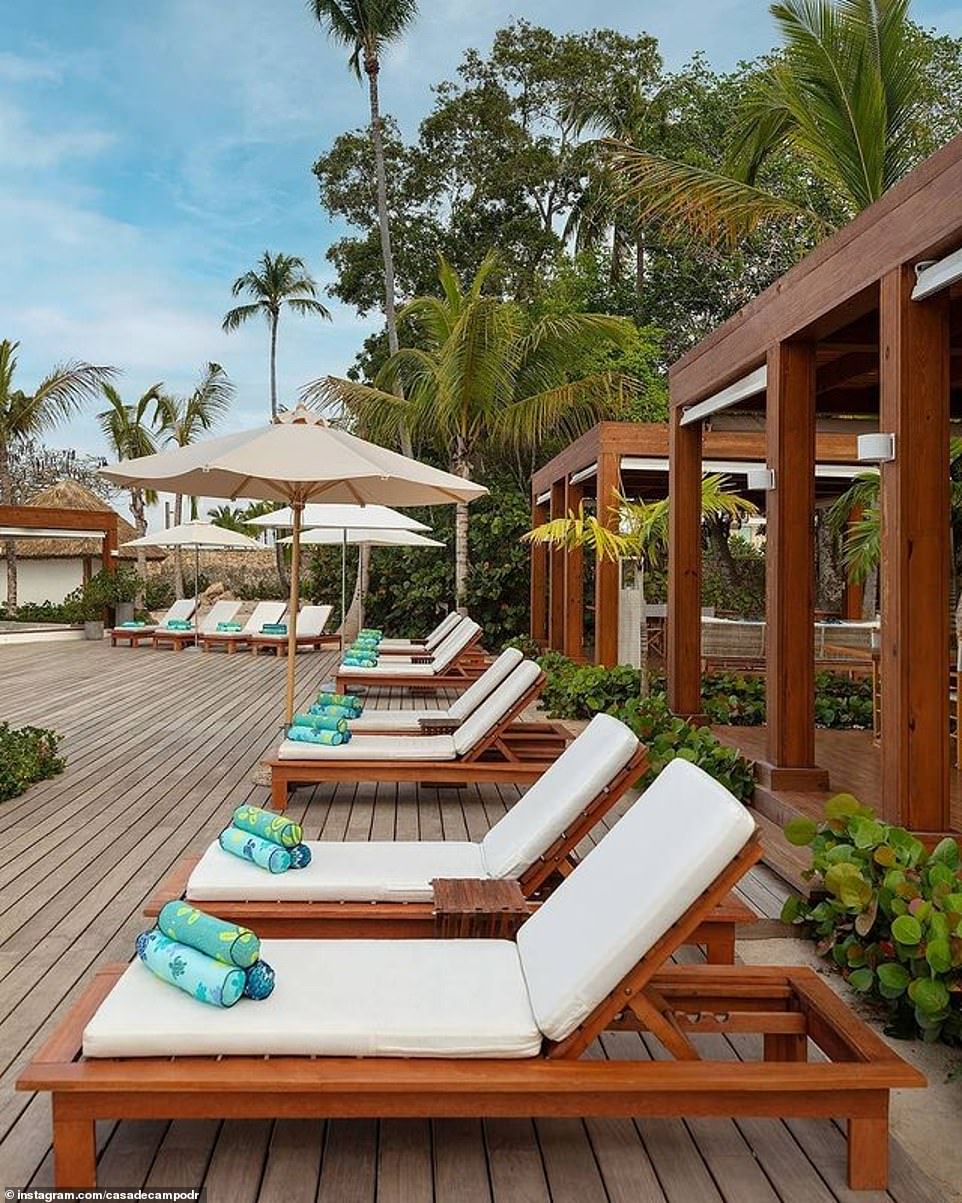 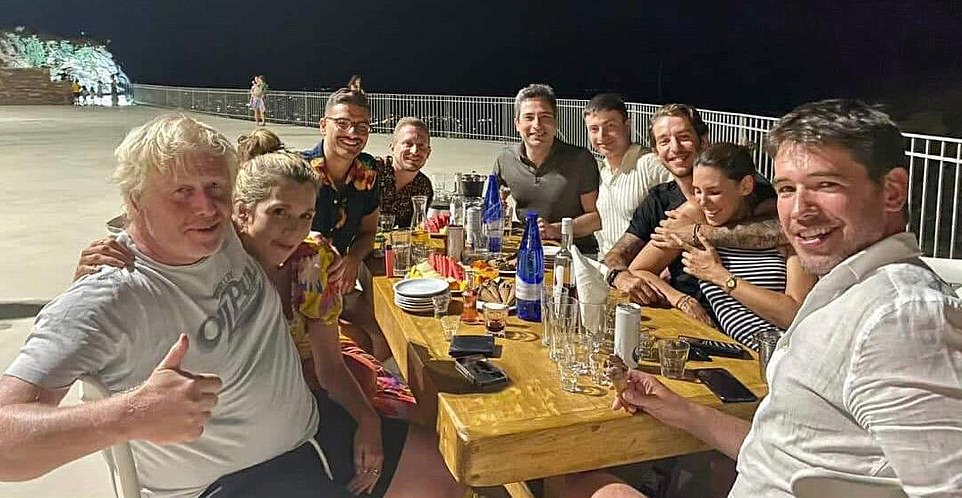 Dressed in a grey Worley Weingart t-shirt Mr Johnson, 58, smiled and posed with his trademark thumbs up, as he sat next to wife Carrie with a group of friends, including adviser Henry Newman (right) on holiday in Greece in August

And Boris isn’t the first politician to grace Casa de Campo’s sandy shores either – as Bill Clinton is said to be a fan of the resort, which reportedly charges £2,400 for a four-bedroom villa.

Boosting 7,000 acres of private land, the exclusive resort includes one of Golf magazine’s top 100 courses – and the publication claims Boris even indulged in a lesson during his stay.

What’s more, the hotel complex has also built a large port for its mega-rich clientele to dock their superyachts and a fake amphitheatre, which will have no doubt delighted Boris the Oxford University Classics graduate.

As the hotel complex is so large, all guests are reportedly given a golf buggy on an arrival to transport them between all the different on-site amenities. 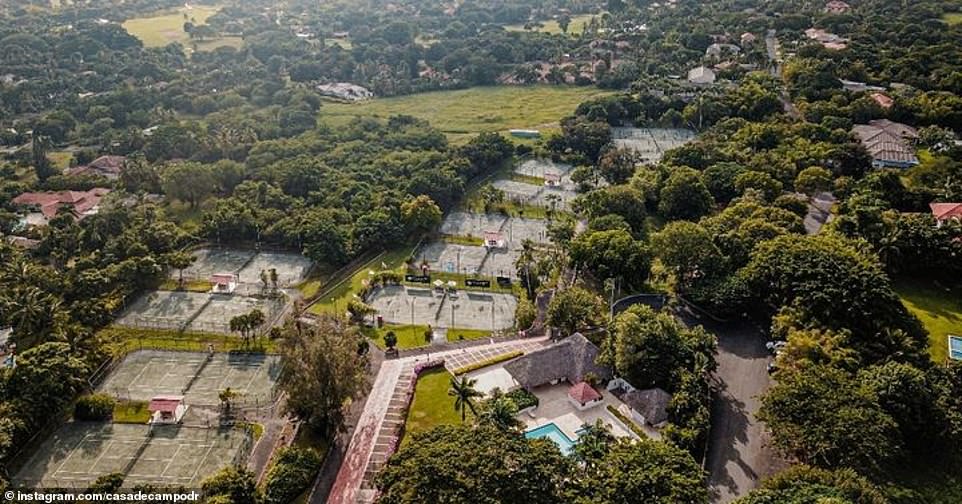 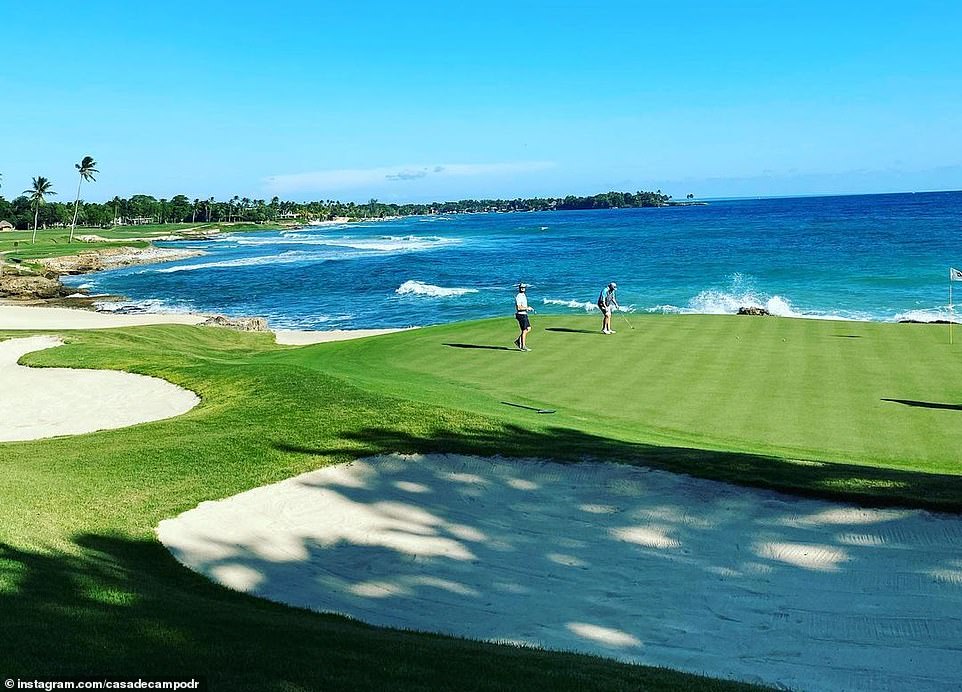 The exclusive resort includes one of Golf magazine’s top 100 courses. Boris Johnson is believed to have taken a lesson during his stay 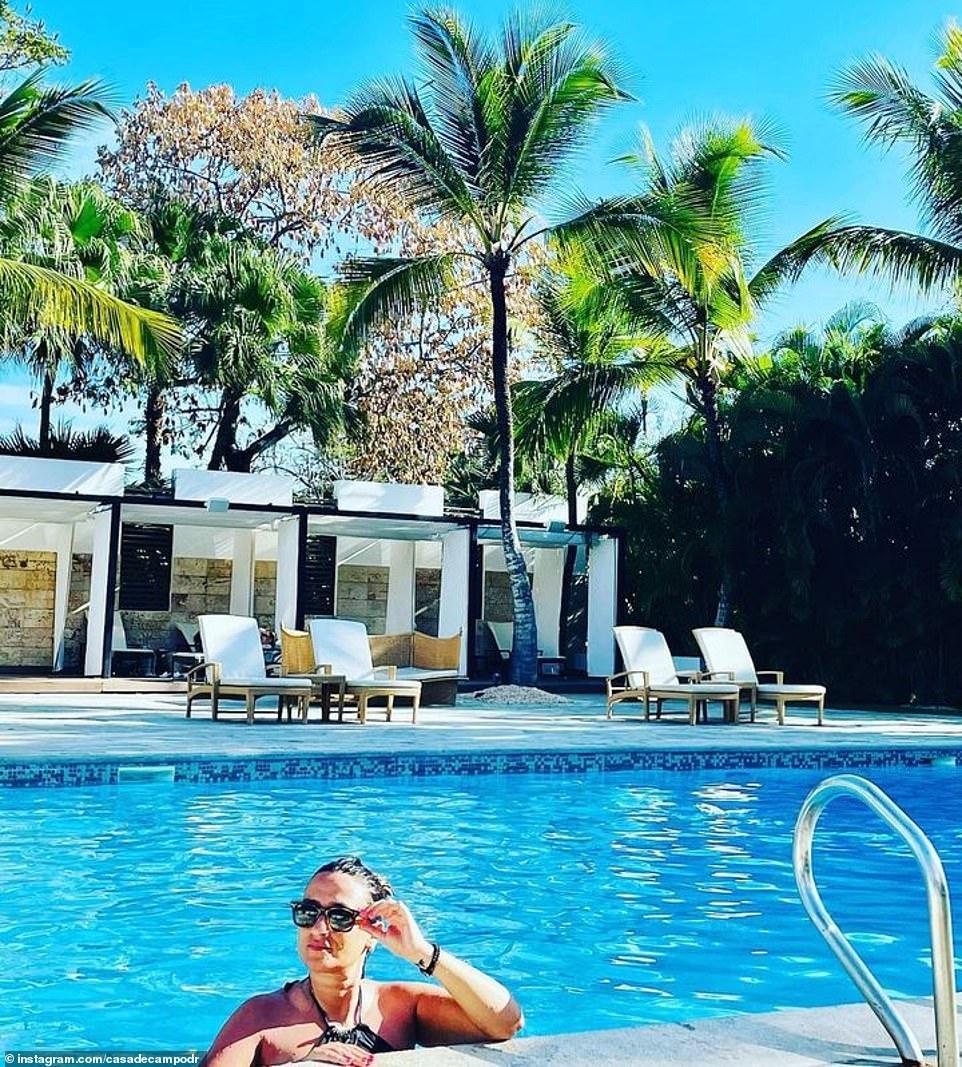 As well as an equestrian centre and marina, the resort boasts its own beach club and multiple pools

Along with a beach club, marina and equestrian centre, the resort also has several high-end shops if guests fancy updating their wardrobe during their stay.

In order to cater for every craving imaginable, there are a staggering seven restaurants on-site, serving everything from from tacos to sushi to gourmet Italian fare.

On top of this, guests can also pick between a clay pigeon shooting or horse-riding experience as part of the hotel’s all-inclusive package.

Speaking to the Mirror, a fellow holidaymaker described the Casa de Campo as ‘most exclusive place’ in the whole of the Dominican Republic.

They said: ‘It’s quite a big resort, you’ve got exclusive hotels and villas within there – they’re humongous these places.’

Describing Carrie and Boris as ‘fairly chilled out’, they added: ‘The place where he was is a very nice part of the Dominican Republic, so it would be hard not to be relaxed where he was.’

Over 5,000 Reviewers Recommend This De-Bloating Tea on Amazon