Savvy shopper shocks TikTok users by revealing M&S is CHEAPER than Sainsbury’s for essential groceries like milk, bread and pasta

A savvy shopper has shocked TikTok users after revealing that M&S is cheaper than Sainsbury’s for some essential groceries like milk, bread and pasta.

With the cost of living crisis hitting people’s pockets hard, many have opted for the cheaper options when it comes to the weekly food shop and for budget supermarkets.

However, super-saver Kathryn Leech, 26, from Manchester, did some digging to determine which shops would actually provide the best savings for identical products.

In a viral video posted on TikTok, the digital media manager shops for five food essentials (rice, milk, bread, pasta and eggs) at both Marks & Spencer and Sainsbury’s supermarkets – and is stunned to discover M&S is cheaper. 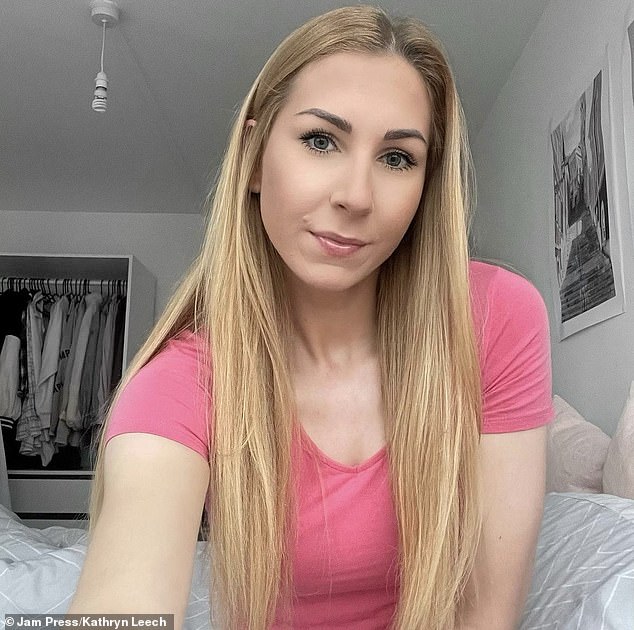 A savvy shopper (pictured) has shocked TikTok users after revealing that M&S is cheaper than Sainsbury’s for some essential groceries like milk, bread and pasta 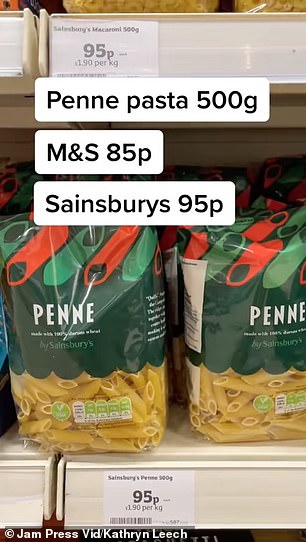 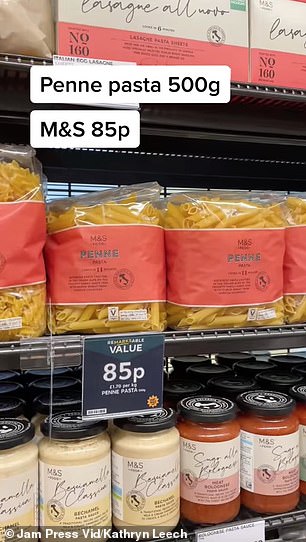 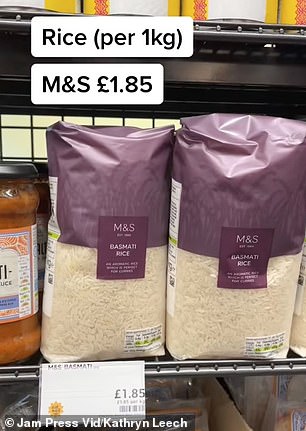 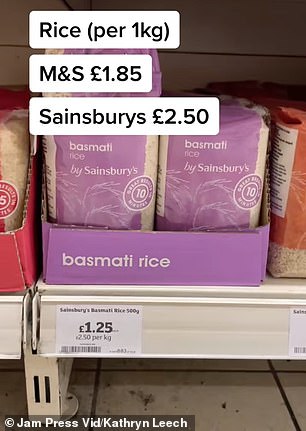 She starts by showing the difference between a bag of rice which costs £2.50 per kilo from Sainsbury’s but only £1.85 per kilo from Marks & Spencer.

Price comparisons between Sainsbury’s and M&S

The clip also shows a two-pint carton of milk priced 20p cheaper in the luxury food retailer compared to Sainsbury’s.

Kathryn said: ‘It really shocked me because I expected M&S to be more expensive.

‘It had so many cheaper options than Sainsbury’s, especially on things like milk.

‘If you lived in the city centre and were popping out for milk, you would never have chosen to go to M&S for this over other supermarkets.

‘I only compared basic items but I think milk and eggs shocked me the most, who knew you could get a 6 pack of eggs for £1 from M&S.

‘With the rising cost of living I think it’s affecting a lot of people, and even though you can cut out certain things you can’t cut out food.

‘I think everyone wants to know where they can get the cheapest food and the best offers without giving up quality.’

She continued: ‘I thought M&S was meant to be quite expensive but after actually going in and looking around, they aren’t far off from other supermarkets in terms of price.

‘This M&S was on the same street as the Sainsbury’s in Manchester which is why I compared these two specifically.’

Essentials including a loaf of bread, carton of six eggs and 500gs of penne pasta were all priced 10p cheaper at Marks and Spencer.

Kathryn was stunned by the staggering price difference in items – with M&S surprisingly proving to be the most cost-effective choice, despite being known for its high-end prices.

The clip racked up over 1.4 million views and 98,500 likes, with viewers equally shocked.

One user commented: ‘Never thought I’d see the day.’ Another user wrote: ‘My weekly M&S food shop as a couple of foodies is £50 the same stuff cost me £70 in Tesco.’

‘This one shocked me but I think it’s because we are always told M&S expensive but they are actually affordable and better quality,’ commented someone else.

Another user added: ‘WHAT. Imma continue my boujie trips at M&S then.’  ‘Never thought I would see the day when M&S would be cheaper than Sainsbury’s! Wow,’ commented someone else.

‘I absolutely love M&S food and shop there most of the time. I genuinely find things to be cheaper than elsewhere (sometimes even Aldi)!’ another viewer said.

Someone else commented: ‘WHAT?!’ ‘Wait that’s madness cause I always thought M&S was mad expensive,’ another person said. 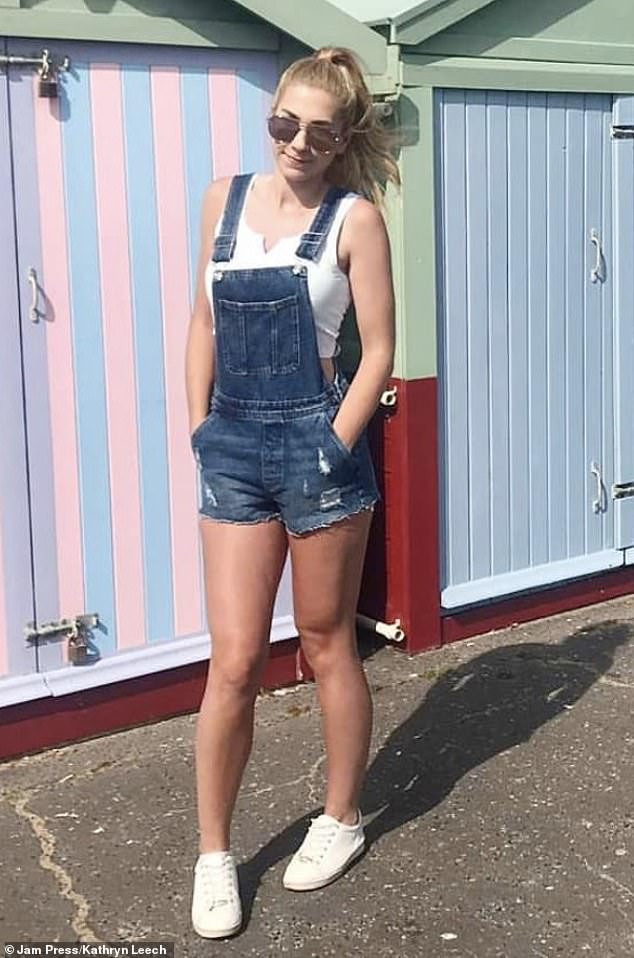 Kathryn, pictured above, was stunned by the staggering price difference in items

7 People Charged After Mummy Of Spiritual Leader Found In Home