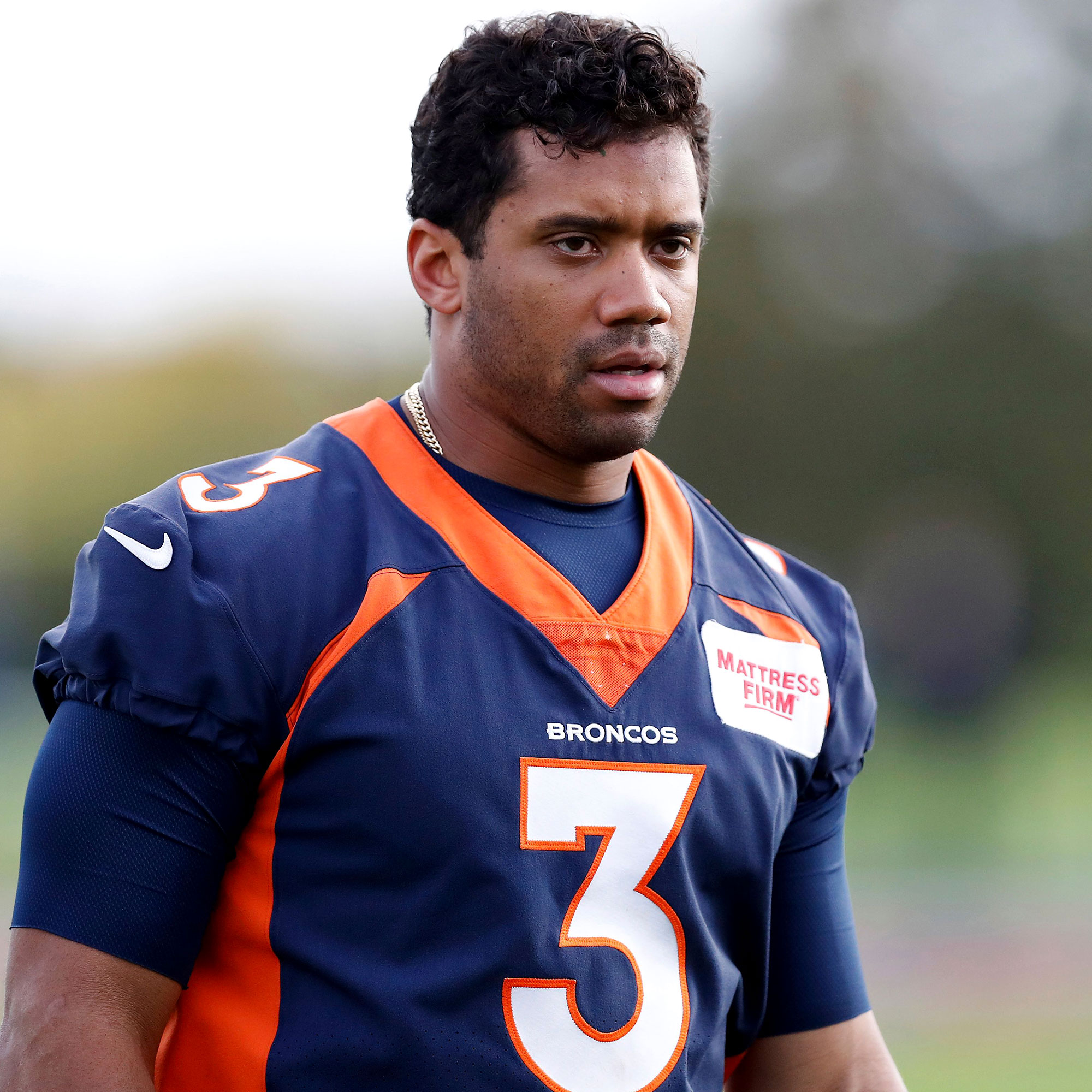 Making every moment count. Russell Wilson revealed that he spent half of a recent 8-hour flight working out, and social media can’t stop laughing about it.

The Best Celeb Six-Packs: Stars Show Off Their Abs on the Beach, the Carpet, the Streets and the Stage

“I don’t really get jet lagged too often. … For me, for the first two hours … I was watching the [game] film, watching all the cut-ups and everything else. And then for the next four hours, I was doing treatment on the plane,” the quarterback, 33, told reporters on Wednesday, October 26, after the Denver Broncs arrived in England ahead of their upcoming game at Wembley Stadium. “I was walking up and down the aisles. Everyone was knocked out. I was doing high knees and working on my legs end everything else, making sure I was ready to rock. So that was good.”

Wilson added that he was able to fit in about an hour of sleep before he got back to watching game footage of the Broncos’ next opponent, the Jacksonville Jaguars. “I felt good to go once we got [here],” he explained.

Football fans quickly took to Twitter to poke fun at Wilson’s over-the-top workout, with some even sharing gifs and video clips of ridiculous workouts and comparing it to the Ohio native’s dedication. “If you haven’t worked with a Russell Wilson, you’re the Russell Wilson,” one Twitter user wrote, while another joked about his teammates’ reaction, writing, “the broncos/seahawks group chats russell wilson isn’t in have to just be sensational content.”

“Russell Wilson definitely reminded the teacher when they forgot to assign homework right before the end of class,” a third person added. Several football fans included a clip of Ben Stiller‘s Heavyweights character, Tony Perkins, implying that Wilson was behaving like the ridiculous fitness guru in the cult classic film.

The Ohio native, for his part, wasn’t bothered by all of the jokes and memes. “The World didn’t give me JOY and the World can’t take it away #EternalJoy 🙏🏾🙌🏾,” Wilson wrote via Twitter on Thursday, October 27, after his comments went viral.

The Super Bowl champion’s intense in-flight regime was part of his recovery plan after partially tearing his hamstring earlier this month. Wilson was injured near the end of the Broncos game against the San Diego Chargers on October 17 and skipped out on the team’s face-off against the New York Jets on Sunday, October 23. It’s unclear whether he will be cleared to play at Wembley Stadium.

Wilson has long been open about the extreme measures he’s willing to go through in order to be in the best shape possible for the football season. “I have a whole performance team. I got a whole group,” he said during a November 2020 appearance on “The Bill Simmons Podcast,” noting that he spends around $1 million each year on his body. “I have a full-time trainer that travels with me everywhere [and] works with [my wife] Ciara too.”

At the time, Wilson explained that he wanted to continue playing professional football for at least another decade. “I get treatment every day. … I’m in between 363 and 365 [days a year],” he said. “I’m trying to play until I’m 45 at least, so for me, my mentality is that I’m going to leave it all on the field and do everything I can [to] take care of myself.”