Cheesy hot chocolate, fermented fish heads and COW HOOVES: People from around the world reveal the weirdest delicacies that are eaten in their home countries

People from all over the world have started to share what they class as the strangest foods available in their country on Twitter.

Twitter @porkironandwine user took to the social media platform on Wednesday to, asking people what weird, random foods are available in their country, and the responses flooded in.

‘What country are you from? What’s the weirdest food you have there,’ wrote the Twitter user.

Question of the day: Twitter user @porkironandwine asked his Twitter followers to reveal the strangest food available in their country 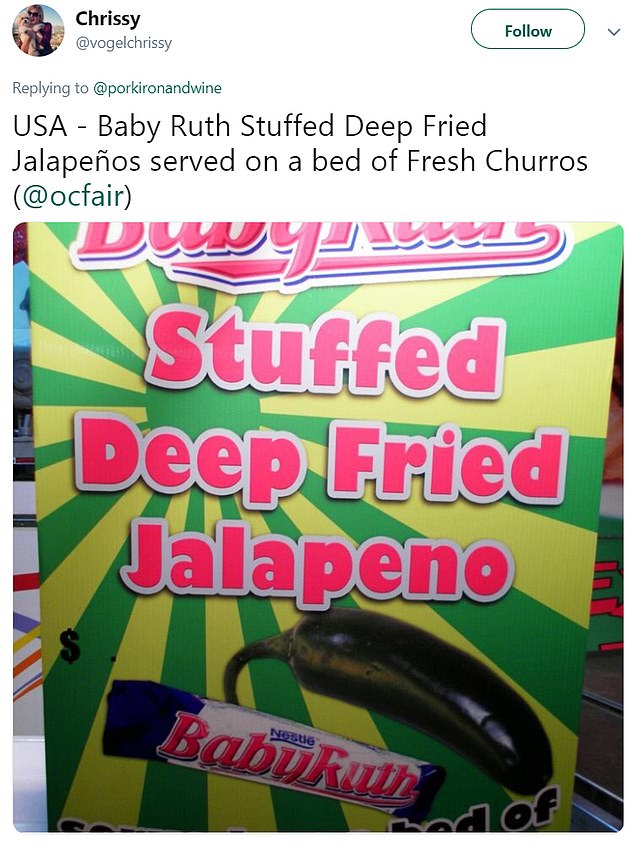 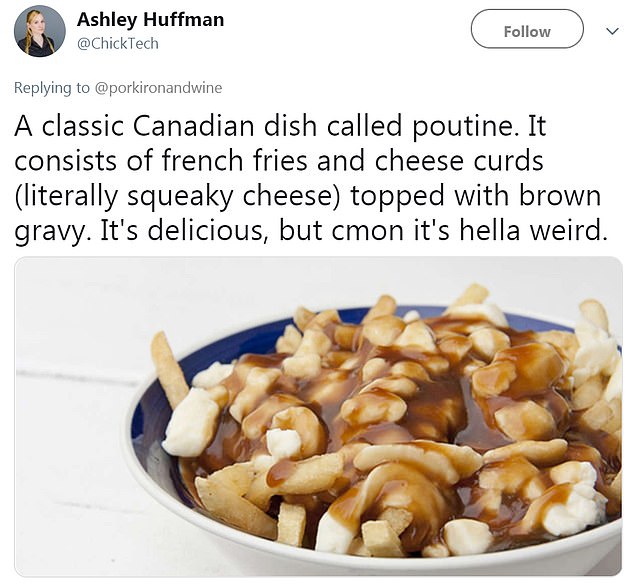 Bizarre! The tweet received more than 500 responses from different people from all around the globe, some of who shared different vegetable-based dishes from their native country

The Tweet saw more than 500 responses from people in different countries around the world.

Raw horse meat, haggis, jellied eels and cow hooves were just some of the many meat-related foods revealed by Twitter users.

But it wasn’t just weird variations of meat that were revealed, some users shared some bizarre vegetable dishes including Baby Ruth deep-fried stuffed jalapenos, lettuce with cream and sugar, and sandwiches filled with mayonnaise and bananas.

One user from Columbia revealed that it isn’t uncommon for cheese to be added into hot chocolate.

She wrote: ‘Columbia – where we put pieces of cheese in our hot chocolate.’ 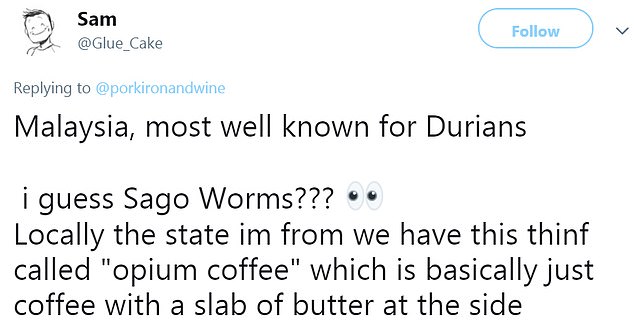 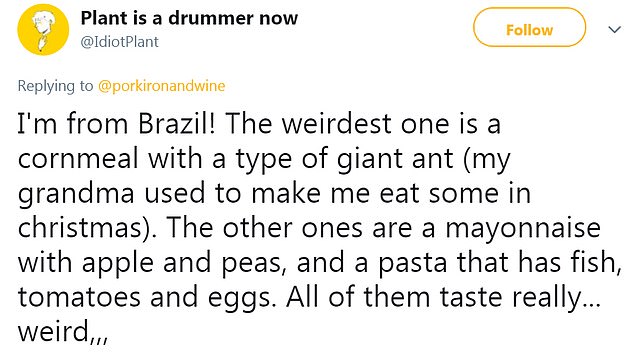 A Polish user wrote: ‘Poland. The weirdest is lettuce with cream and sugar as a dinner side.’

Another Twitter user, who is from Alaska, said: ‘The weirdest thing I can think of is some Native people have a delicacy where they bury fishheads for a couple weeks, dig them back up, and then eat them.’

A South African user listed not one, but eight different traditional South African foods that ranged from boiled lamb head to mince meat topped off with an egg.

A Bangladesh-based user wrote: ‘Hutki’ in Bangladesh. Extremely dry fish which absolutely stinks, but when prepared blended with chilli or cooked as a curry it tastes amazing with rice.Definitely an acquired taste though.’

In another bizarre revelation, a user from Ukraine wrote: ‘We have this cold soup called okroshka which in my family typically consists of chopped cucumber, radishes, diced egg, parsley, boiled potato, & ham. that’s not the weird part tho – the broth is kefir/buttermilk mixed w seltzer water & garnished w horseradish…’ 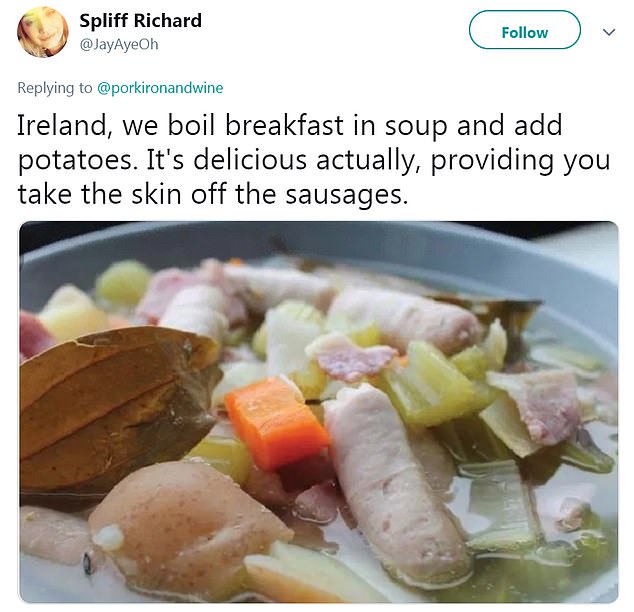 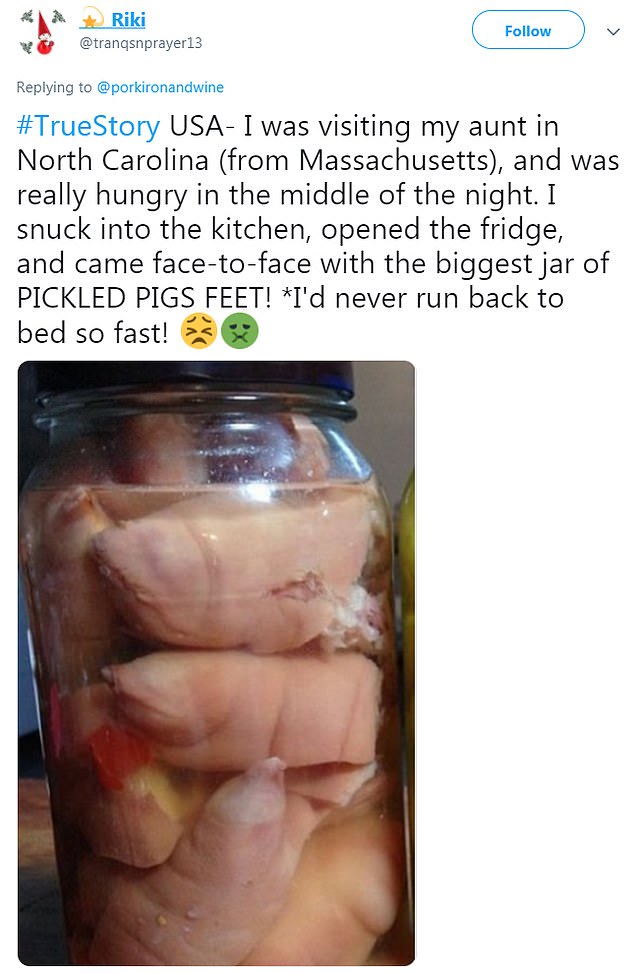 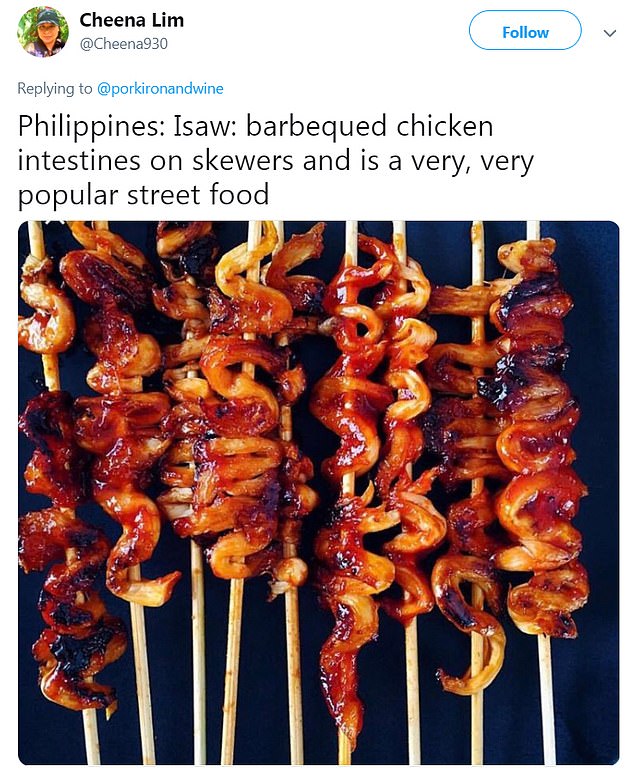 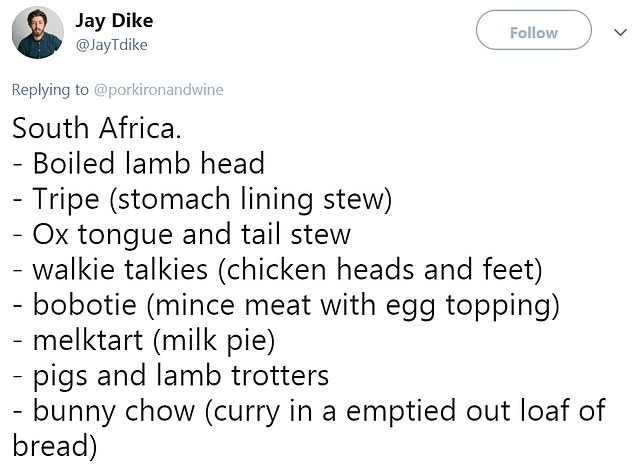 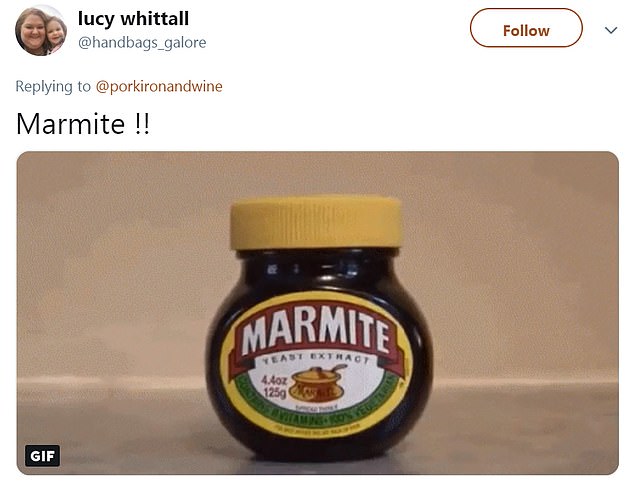 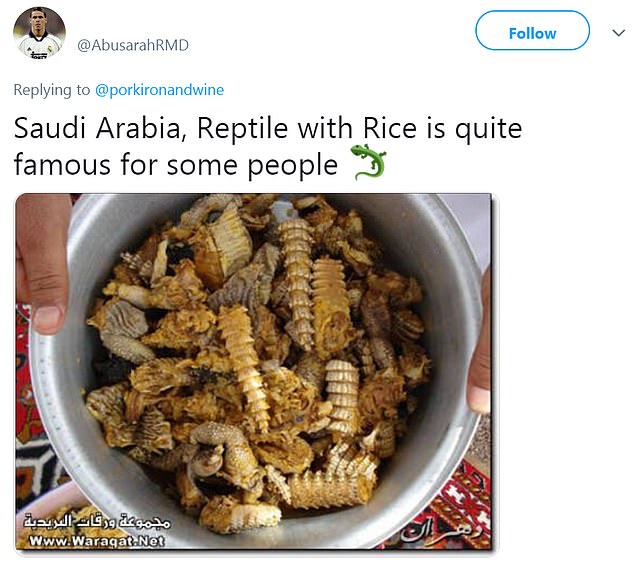 Too far? Raw meat, boiled lamb head and milk pie were also among the list of weird dishes 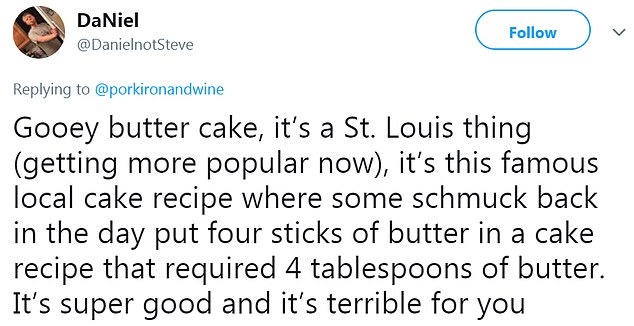 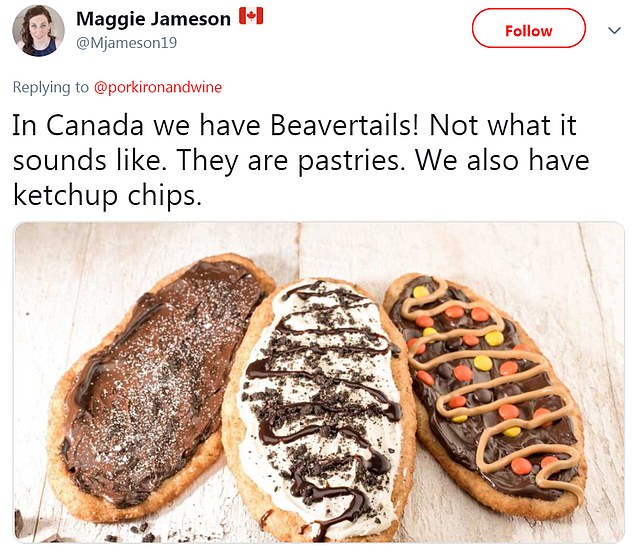 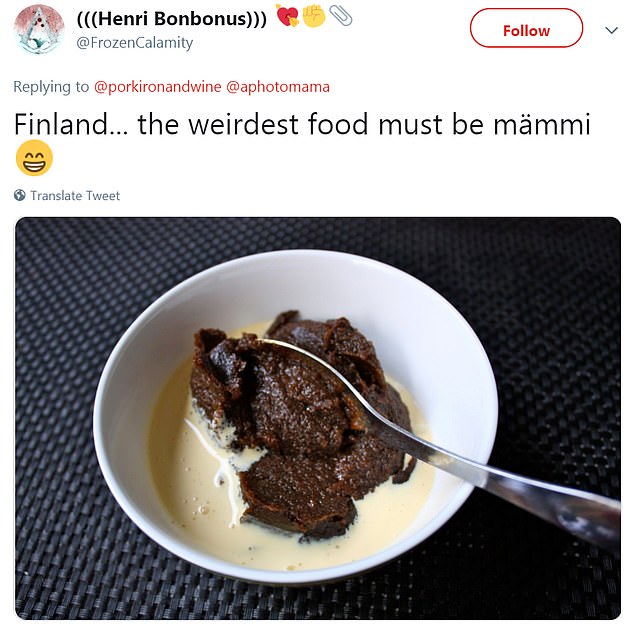 Sweet tooth! Although most strange food revelations came in the form of meat or vegetables, some users shared desserts traditional to their countries