"There were no words to describe how I felt … Alien might be the best fit."

Anne Heche was working on a followup memoir to 2001’s “Call Me Crazy” before her death — and new excerpts from the upcoming book touch on the late actress’ headline-making relationship with Ellen DeGeneres.

The pair dated from 1997 to 2000, shortly after DeGeneres came out as a lesbian and as Heche was making a name for herself with films including “Volcano,” “I Know What You Did Last Summer,” “Psycho” and “Six Days Seven Nights.” In excerpts from the upcoming “Call Me Anne,” Heche talked about the complicated thoughts going through her head as their relationship was thrust into the spotlight. 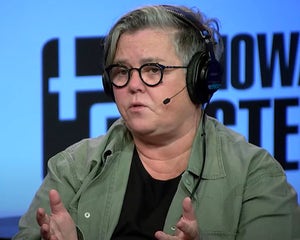 “I was labeled ‘outrageous’ because I fell in love with a woman. I had never been with a woman before I dated Ellen,” she wrote (via AP). “I did not, personally, identify as a lesbian. I simply fell in love! It was, to be clear, as odd to me as anyone else.”

“There were no words to describe how I felt. Gay didn’t feel right, and neither did straight. Alien might be the best fit, I sometimes thought,” she continued. “What, why, and how I fell in love with a person instead of their gender, I would have loved to have answered if anyone had asked, but as I said earlier, no one ever did.”

“I am happy that I was able to tell you in this book — once and for all,” she added. 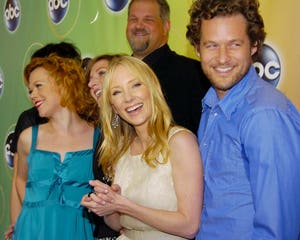 Heche reportedly signed a deal for the book in May and turned in a manuscript for “Call Me Anne” before her death in August.

“Anne was an inspiration to the LGBTQ+ community and beyond,” said publisher Jarred Weisfeld of Start Publishing’s Viva Editions imprint. “This book deserves to be read by all of her fans. We are grateful to have the opportunity to share her message with the world. While we are very sad that Anne isn’t here to see the book be published we know it’s what she would have wanted.”

Heche died at the age of 53 following a car crash on August 5, an accident that left her in a coma. She was declared brain dead on August 12, before she was taken off life support two days later. 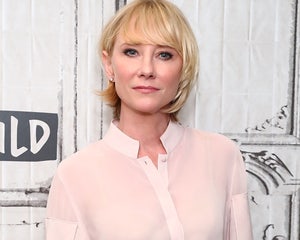 Suffering from screen exhaustion? Here’s how to deal with this specific type of burnout

This Stretchy Ribbed Knit Skirt Is Ideal for Any Season