The first day of the When We Were Young festival has been canceled following a high wind warning.

According to an announcement shared on their various social media channels, festival organizers said that they had been spending the last few days getting the Las Vegas Festival Grounds ready for a windy day.

However, after the National Weather Service upgraded their forecast to a “High Wind Warning,” they deemed it fit to cancel today’s performances.

“The safety of our fans, artists and staff will always be our top priority,” the announcement read.

“We were equally as excited and are devastated to have to share this news.”

Organizers further noted that ticketholders will be getting a refund — and that the shows on Oct. 23 and Oct. 29 “are moving forward accordingly.”

The announcement was met with mixed emotions as some people applauded the decision and others were upset they had traveled so far for nothing. 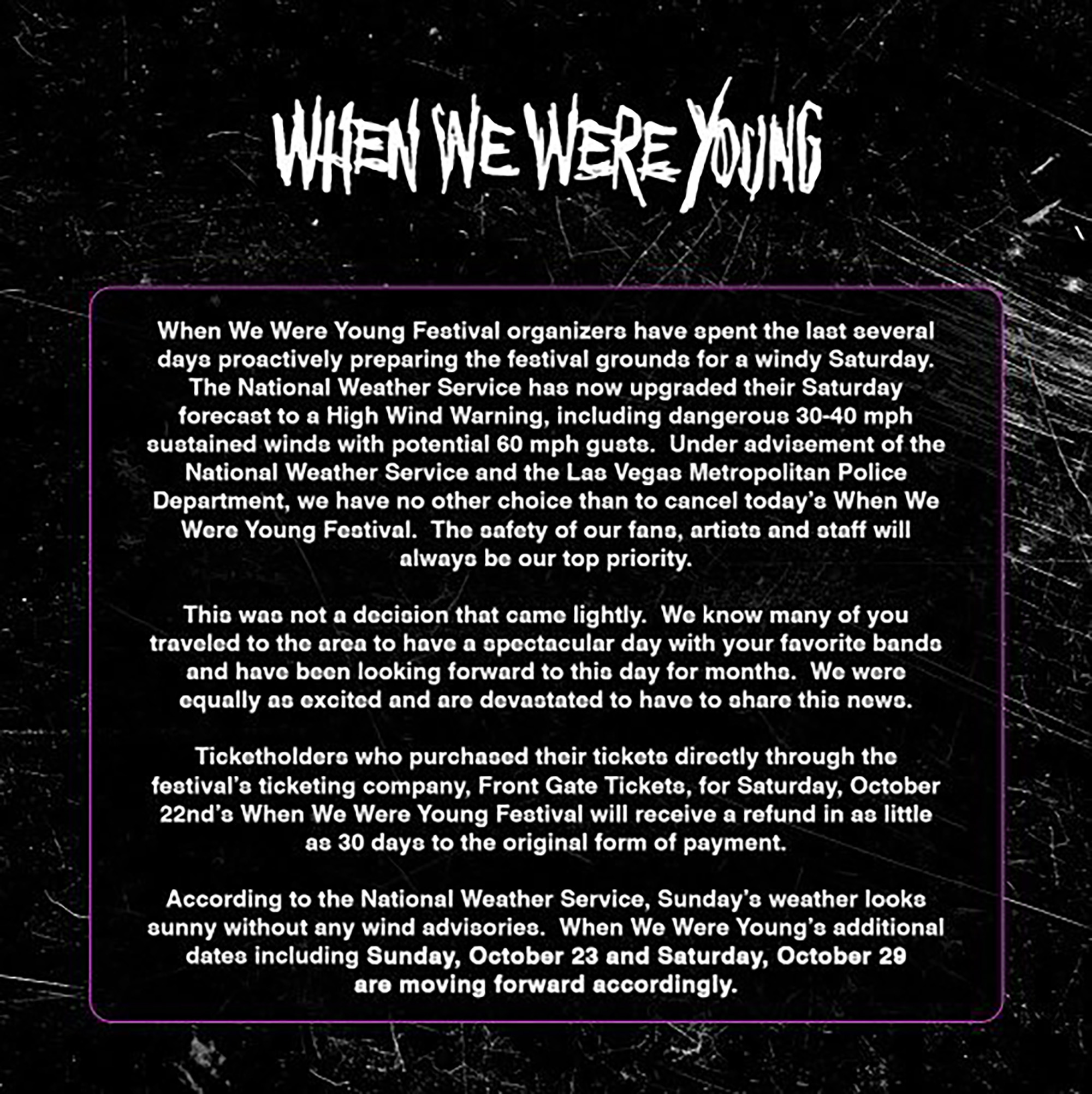 “Wind advisories are just the predictions of how bad the weather might be. They didnt know the [sic] winds would be THIS bad. I’d rather be safe from getting hurt today. Don’t put the full blame on the org when they cant control the winds. They’ll come up with another solution, im sure,” a second wrote.

However, others had issues with how late the announcement was done, with one person tweeting, “You could have posted this last night this is insane.”

A second one added, “They bailed on us within an hour of the show. No warnings no nothing. We were literally booking a ride to the show and had to cancel. Unprofessional of wwwy.”

“What are you going to do for those who took off work during a busy weekend, spent money on hotels, and also money on plane tickets?” a third one asked.

The event was presented by Live Nation and their Texas-based subsidiary C3 Presents — the same companies behind Travis Scott’s Astroworld festival fiasco in Houston, as well as Lollapalooza in Chicago and Austin City Limits Music Festival.