Community health centres fear they have been left out of the Victorian election health funding blitz, and public health advocates say it is a wasted opportunity to reduce demand on emergency departments.

The former federal Whitlam government started the non-profit community health model in the 1970s to provide free or low-cost access to general practitioners and wraparound services, such as dentists, disability care and physiotherapy at each site for vulnerable residents. 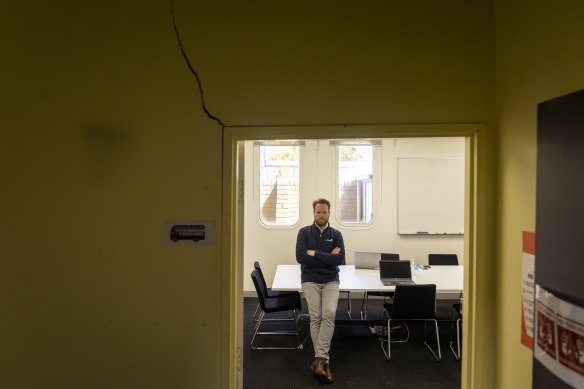 The Victorian Healthcare Association said the state should recognise its community health centres, after other states abandoned the model, and provide adequate funding to create a seamless health system.

“That’s the promise that Victoria can fulfil if Victoria actually did it properly,” said Juan Paolo Legaspi, deputy chief executive of the association.

“We’ve heard very little commitments about this wonderful asset that we have, it’s just not getting much attention … It’s actually the secret weapon that Victoria has compared to the rest of the country.”

As part of the Victoria’s Agenda election series, readers told The Age they want the major parties to explain how they would make sure people have access to the healthcare they need.

“All these big announcements about hospital spending seem to be all about emergency departments, ICU and inpatient beds,” one Melbourne woman said in a survey of readers this month. “Where is the investment in outpatient services, to keep people out of hospital?”

Both major parties have pledged billions for new and upgraded hospitals and promised to pay for thousands of prospective nurses and midwives to study. But there have been few announcements for the community providers, and cohealth centres have said for years that they needed a $25 million rebuild to improve care and treat twice as many people.

At the cohealth Collingwood centre, conversations between doctors and their patients can be heard through the dingy walls, and parts of the site have had to shut down during rain because the ceiling leaks.

He said the major parties did not have to choose between funding one or the other — community health centres or hospitals — but that even a modest investment could stop some people needing emergency care.

“I understand the political allure of hospital announcements … [But] healthcare is more than just reacting when someone’s really unwell.”

The Productivity Commission found this year that there were 556,600 emergency presentations in Victoria in 2020-21 that could have been avoided through primary and community healthcare.

Damian Ferrie, chief executive of the Better Health Network, which has 18 health centres in Victoria, said staffing was an issue because he could not compete with private operators that offer better pay and infrastructure.

“I’ve got clinicians in demountables. You can imagine how hard it is with conditions like that for me to compete, that’s why I’m losing staff,” Ferrie said.

Kent Burgess, chief executive of Your Community Health, in Melbourne’s northern suburbs, said the sector had been unable to realise its full potential and the state sometimes seemed to forget they were part of the health system.

“We are the safety net in healthcare for Victoria’s most vulnerable, and we need investment to deliver that,” Burgess said.

He said it was great new hospitals and acute healthcare had benefited from election announcements, “but unless we invest in community-based health services that reach people before they get to hospital, then it’s the equivalence of the ambulances at the bottom of a cliff scenario”.

General practitioner Dr Christine Taylor works at the Hoddle Street cohealth just once a week, largely because there is no natural light in most of the clinical rooms.

“It makes you feel like you’re in a little box,” Taylor said.

“We have quite thin walls. Sometimes you can become aware of conversations in rooms that are adjoining, particularly if people are hard of hearing … It can be quite difficult to maintain confidentiality.”

Many of the patients were public housing residents, culturally and linguistically diverse, or people with complex chronic health conditions. 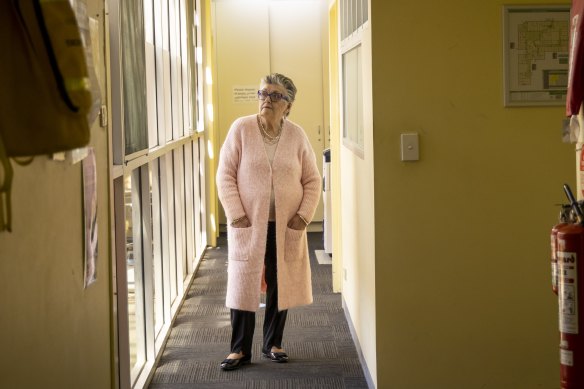 Joan Flanagan, 84, has been attending the Hoddle Street cohealth for about 40 years.Credit:Wayne Taylor

“I don’t know where a lot of the clients would go if we couldn’t see them here,” Taylor said.

Joan Flanagan, 84, who has been attending cohealth on Hoddle Street for about 40 years, said she benefited from an onsite physiotherapist and balance classes.

“They point you in the right direction if you have something more dire wrong with you … I’ve had a couple of little wobbles,” Flanagan said. “It’s holistic, it’s inclusive.”

“We have done thorough planning on our health projects to make sure we deliver the support and facilities Victorian patients and healthcare workers need,” she said in a statement.

Asked about community health, shadow health minister Georgie Crozier did not immediately say how the Coalition would improve services.

“Years of underinvestment and mismanagement by the Andrews government has led to Victoria’s health crisis and deteriorating health infrastructure across the state,” Crozier said.