A woman who was dumped by text months before her wedding has revealed she is happier than ever after becoming a single mother with the help of a sperm donor.

Jade Edgington, 30, from Birmingham, West Midlands, was just six months away from her big day when her fiancé had a change of heart and ended their relationship over message.

After being diagnosed with polycystic ovary syndrome, she knew her chances of conceiving naturally were slim so made the bold decision to become a single parent with the help of IVF and a sperm donor.

She went on to give birth to her daughter Eden last July, and says her life is now ‘complete’. 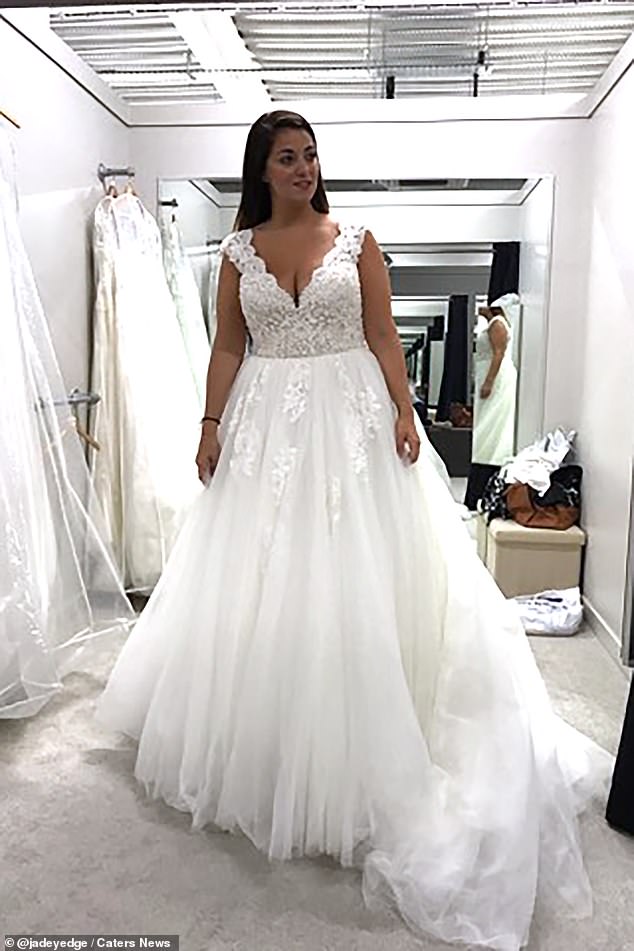 Jade Edgington, 30, from Birmingham, was dumped by her partner by  text just months before her wedding day and has become a single mother thanks to a sperm donor (pictured, trying on her wedding dresss) 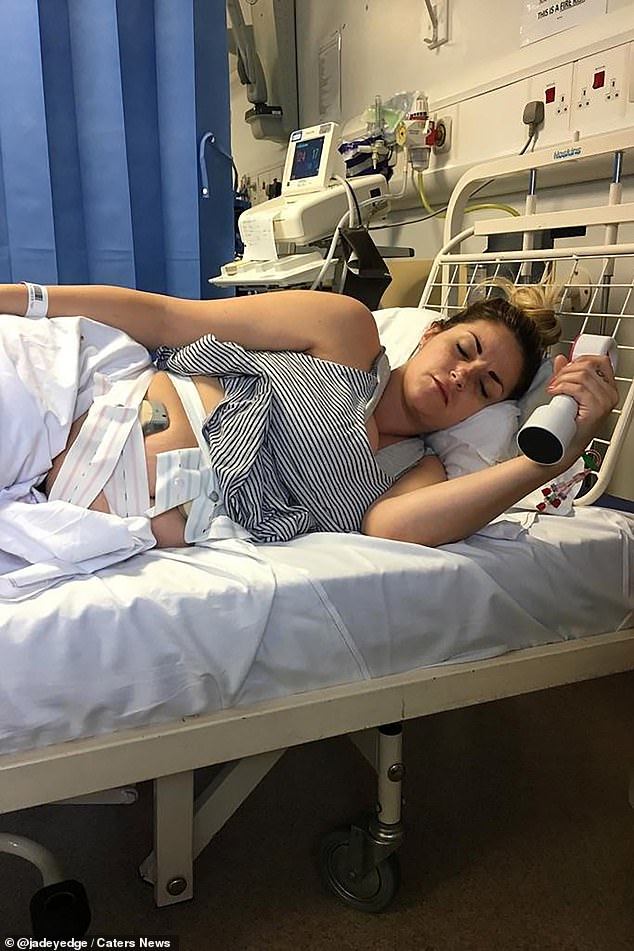 Despite being dumped by her partner, Jade was determined to pursue her dream of being a mother and went abroad to seek a sperm donor (pictured: Jade in labour with Eden) 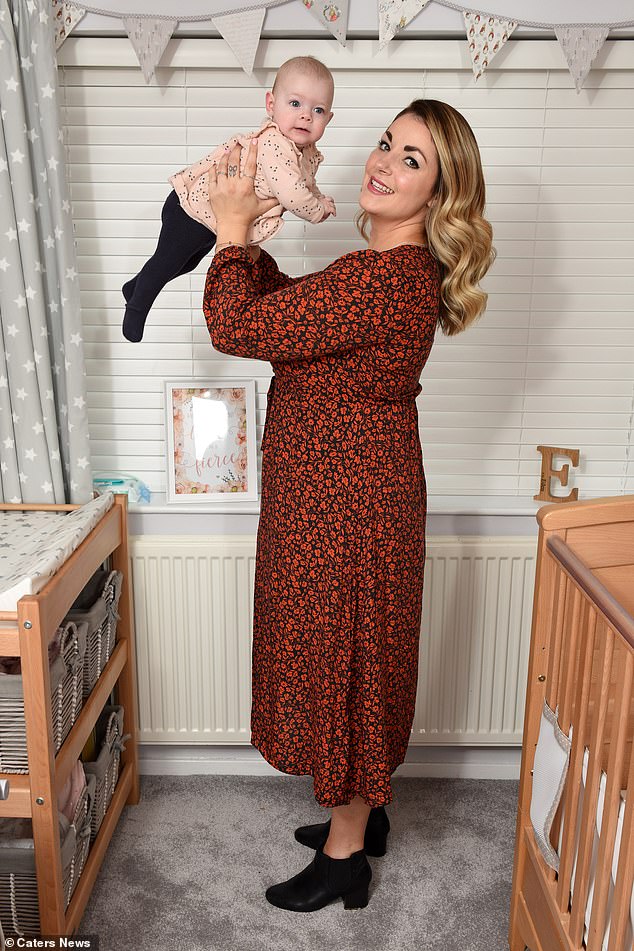 Jade says: ‘I had known for a few years I had polycystic ovary syndrome which meant that my ovaries had a lot of cysts all over them.

‘My then partner of two months seemed to be on the exact same wavelength and we spoke about children and marriage from the very start.

Jade was initially thrilled when her ex popped the question – nine months into their relationship and the pair went on to book their wedding for July 2018.

She recalled being on cloud nine in ‘coocoo land’ when booking her dream honeymoon to Thailand and Bali. 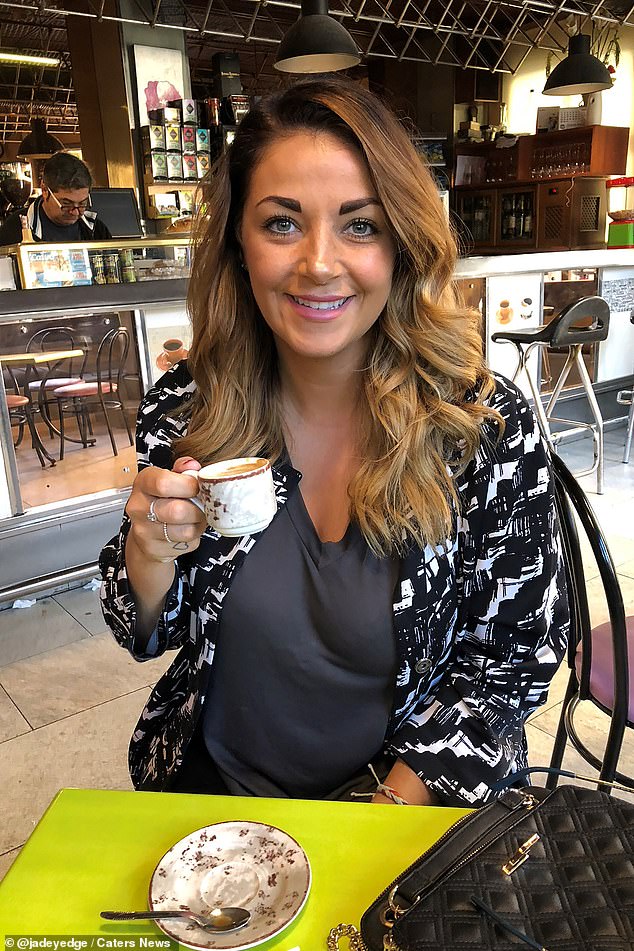 Jade said she had long dreamed of being a mother, but always knew it might be a challenge because of her polycystic ovaries 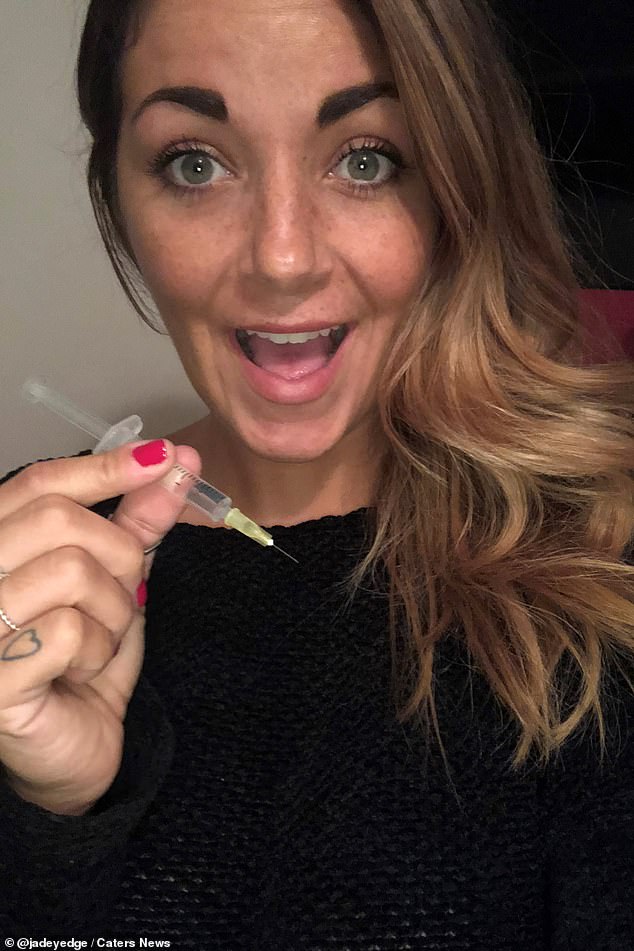 After she and her partner broke up, Jade remained determined to have a baby and went abroad to seek a sperm donor

But as the six months count down approached, Jade’s ex got cold feet as she revealed: ‘I felt like everything I had ever been waiting for was coming true. Until he randomly texted me to say he didn’t want to be with me – my entire world came crashing down.’

‘He just changed his mind, as simple as that but kept me hanging for six weeks until he made his mind up about wanting to be with me or not.

‘I was on a shoestring just wanting him to love me.

‘When we officially broke up in February [2018] it was a bit of a relief as it put an end to the sleepless nights and feeling constantly sick. 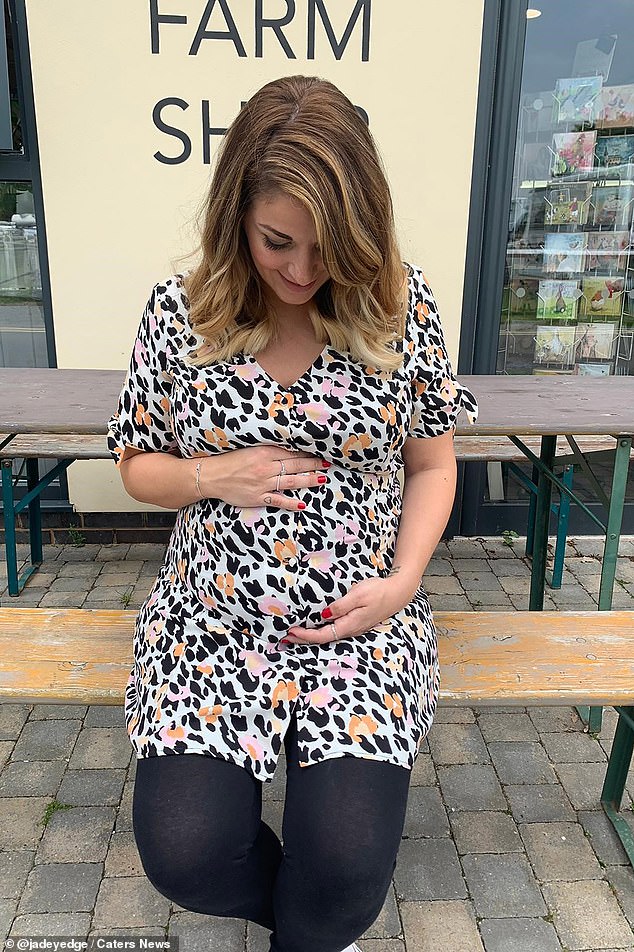 The mother-of-one explained her ex-partner and her had planned to start IVF in October 2018 after their wedding. Once the wedding was off, she decided to go through with it alone (picture during her pregnancy in 2019) 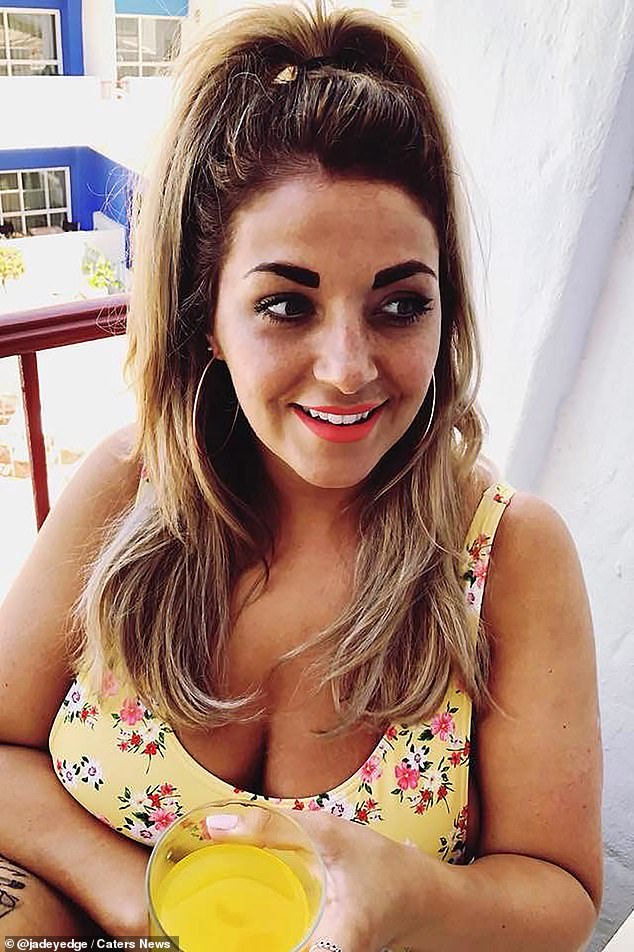 Jade said she had her family and friends to thank for, as they offered a welcomed helping hand (pictured during a girls holiday in Spain while pregnant)

‘I was distraught and genuinely broken.’

After the devastating breakup via text, Jade had to break the news to grandparents and other wedding guests by visiting them.

She said:  ‘I put on a brave face when at work or with my friends and family but when I got home, I would sob and sob.

‘But eventually I realised I deserve to be with someone who wants to be with me. 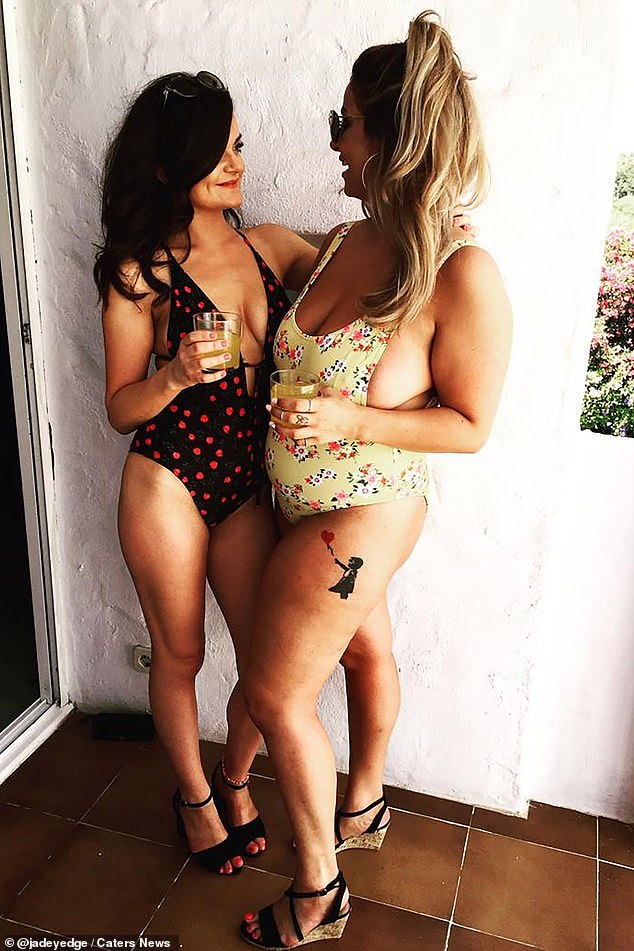 ‘I wasn’t willing to put myself into that situation ever again nor wait another few months or years to meet “the one.”

The business development manager spent the summer of 2018 holidaying to take her mind off the break-up, but her desire to be a mother never went away.

She went on holiday to Spain twice and Morocco with friends and deliberately went to Marbella with her friends during the week she would have got wed.

She said: ‘My ex and I planned to start our IVF journey in October, so I had my heart set on having a baby.’ 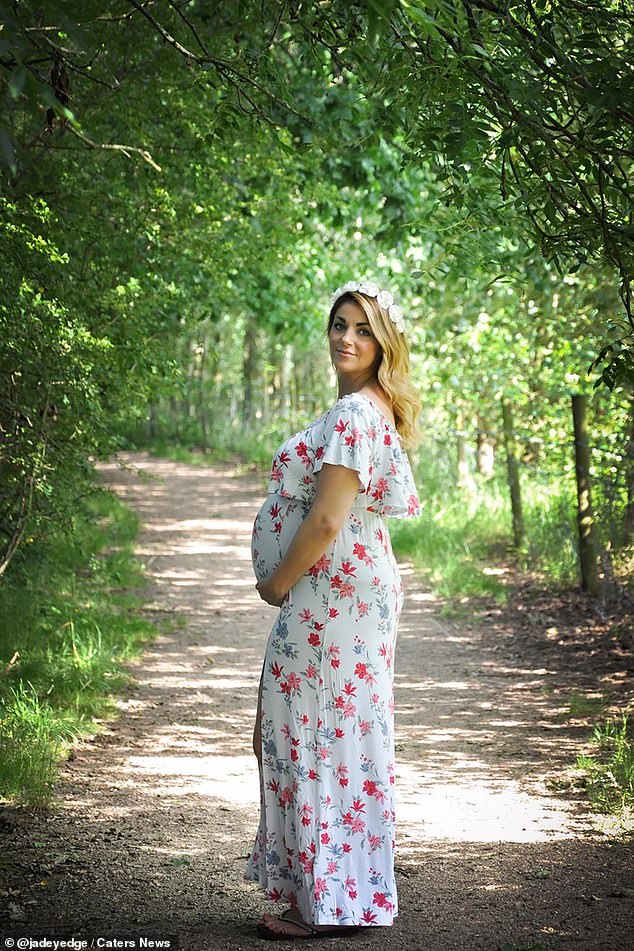 Jade forked out £7,000 at a fertility clinic in Spain in her desperate attempt to get pregnant (pictured, during a pregnancy photoshoot before Eden’s birth)

She said: ‘I was still focused on becoming a mum, even if it meant doing it alone.’

‘I had months of an uncontrollable urge and it isn’t just in your head, your body physically yearns for it.

‘I knew I was ready and wanted to do it alone.’

According to the National Institute for Health and Care Excellence (NICE) fertility guidelines it is broadly recognised that single women are not eligible for IVF on the NHS. 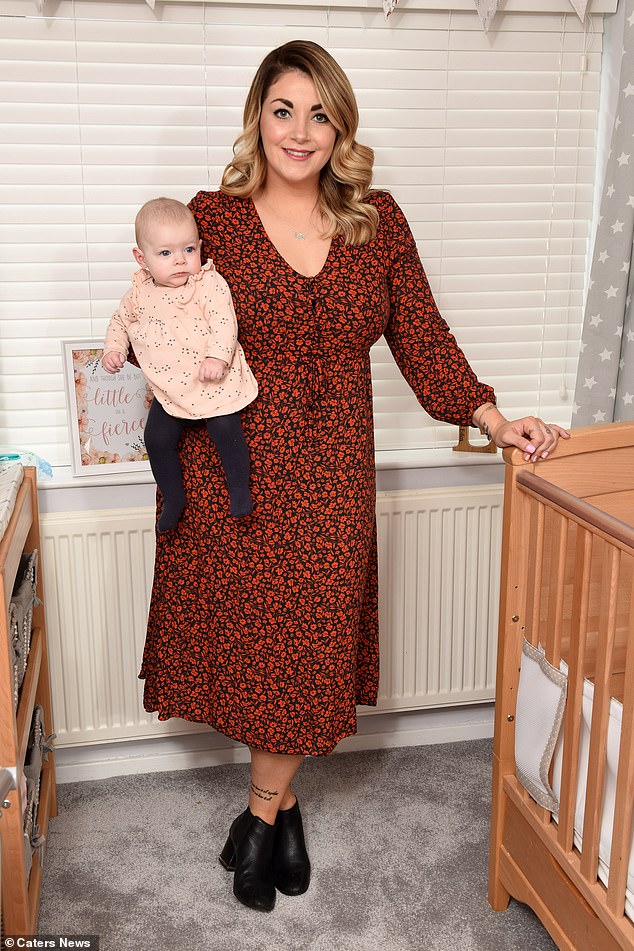 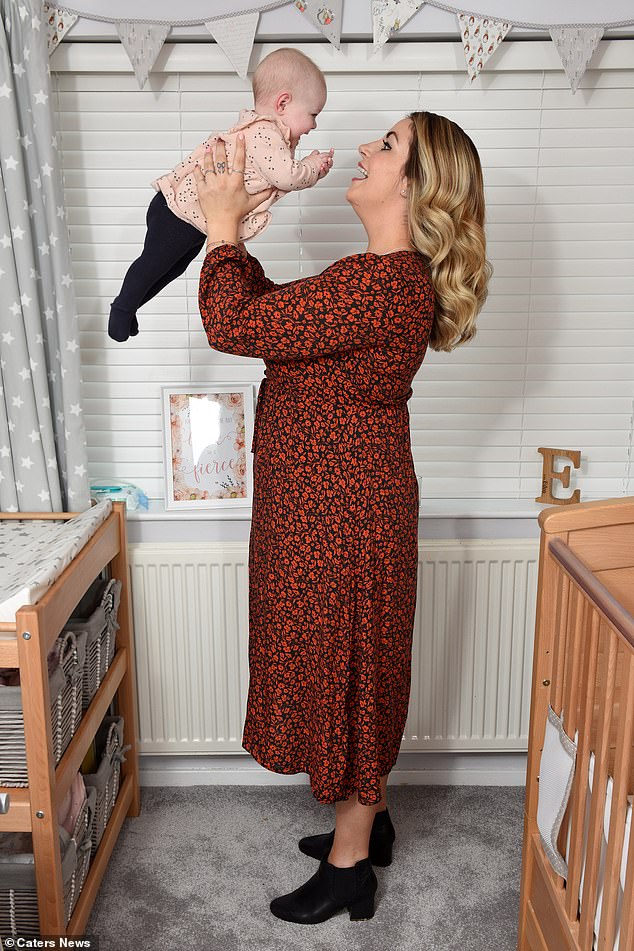 Jade said nothing could have prepared her for being a mother, but that she delighted in every aspect of her life with Eden (pictured)

After thorough research, she found a clinic in Northern Spain and her journey to motherhood began.

She added: ‘It was such a big decision and I had no idea where to find a clinic that is going to be the best at sucking my eggs out and sticking them back in fertilised!

‘A friend had been to a different clinic in Spain but the country seemed to have higher success rates and was much cheaper.

‘I found Manzanera Fertility Clinic in Northern Spain, and had my consultation via Skype in August 2018. 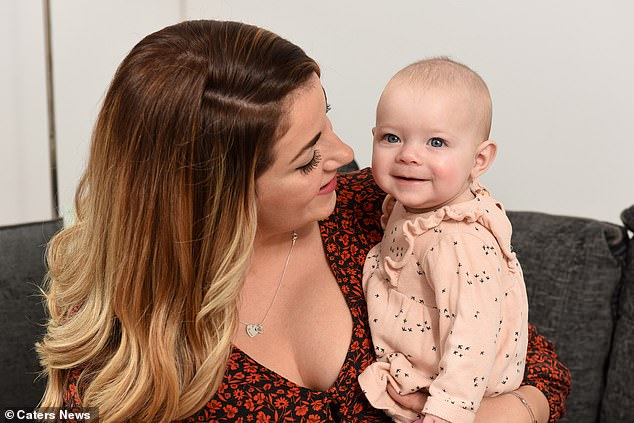 ‘I didn’t want to feel under pressure so I decided to keep it a secret from everyone but my dad Brian, 60, who accompanied me to to the clinic in October 2018.’

Jade forked out £7000 of her savings to pay for IVF and she was able to get IVF medication in the UK.

WHAT IS POLYCYSTIC OVARY SYNDROME?

Polycystic ovary syndrome (PCOS) is a common condition that affects how a woman’s ovaries work.

The three main features of PCOS are:

The clinic matched her characteristics to a sperm donors to ensure her baby looked like her.

She had three eggs fertilised but a pregnancy test two weeks later revealed one had stuck.

Jade said: ‘On the morning of November 9 2018, I snuck into the bathroom which I shared with my sister Amber, 29, to do a pregnancy test.

‘I hadn’t told anyone other than my dad so when I told Amber she was shocked and confused.

‘I was crying with tears of happiness but Amber didn’t believe me until I showed her the test and then she was just as excited as me.’

She explained: ‘Once my journey began, I started to feel super grateful for everything that had happened.

‘Every bump in the road led me to motherhood and I was extremely lucky for it to have been successful first time.’

Jade slammed strangers who branded her ‘selfish’ for being a single mum of choice but she ‘couldn’t disagree more’.

‘We live in a diverse world, some children have two mums, two dads or sadly end up in foster care – despite having a mum and a dad. 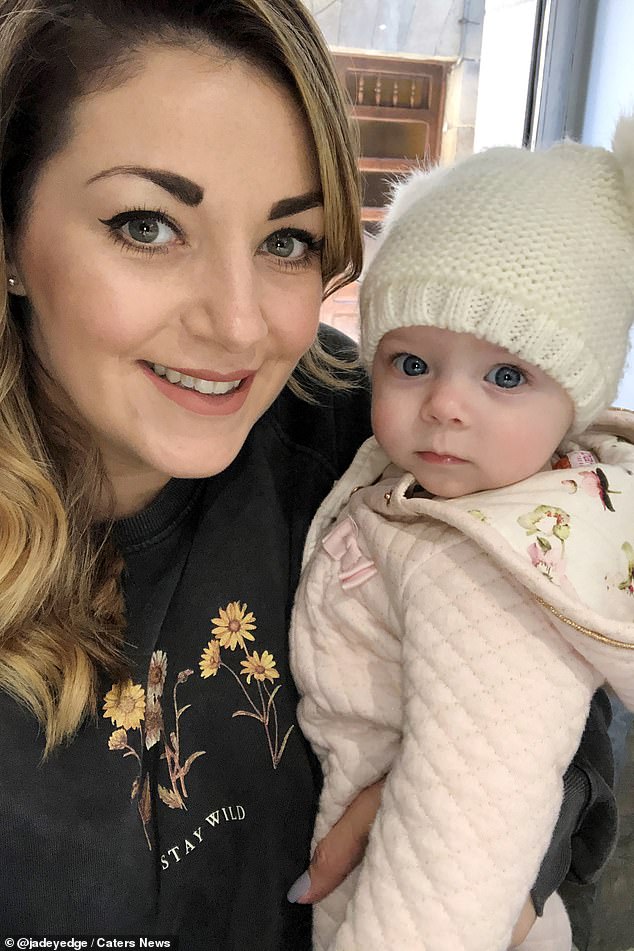 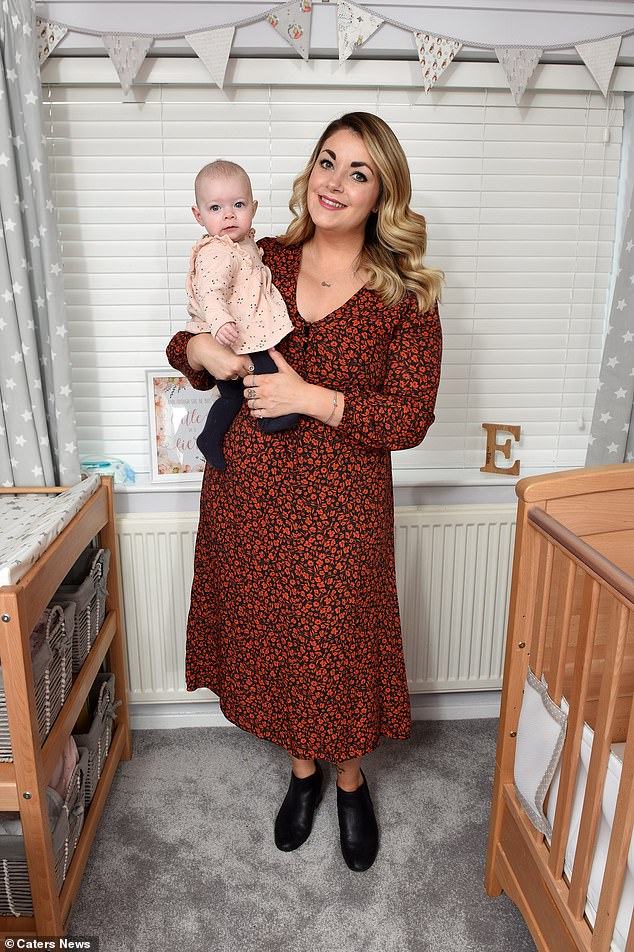 ‘Eden will know she was born out of pure love and joy.’

Jade plans on being honest with Eden about how she was conceived ‘as soon as she can understand’ and has already started reading books that explain sperm donors to her.

She admitted there has been a few times where she has wished for help with the night , but thankfully has plenty of family and friends to help if needed. 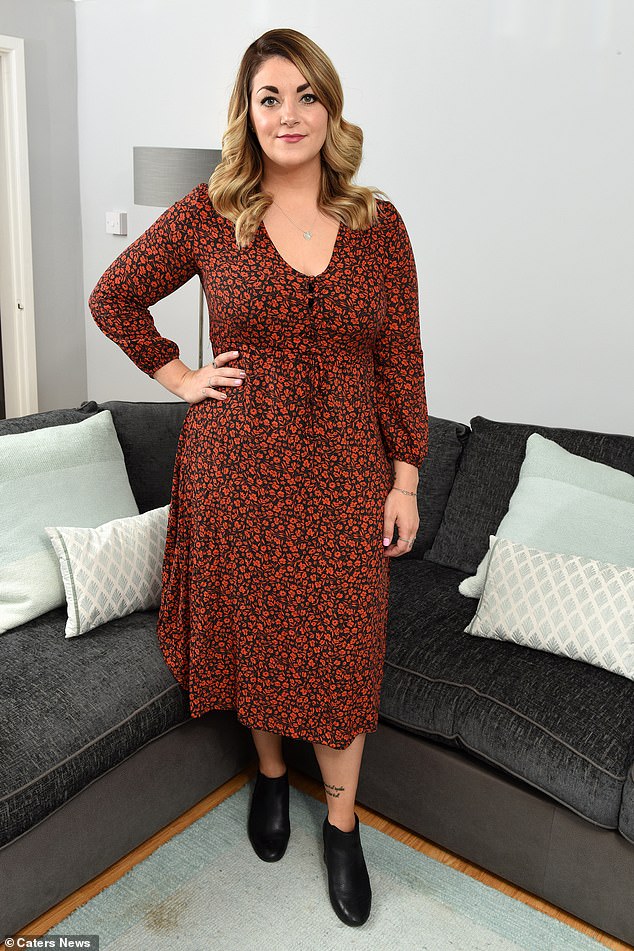 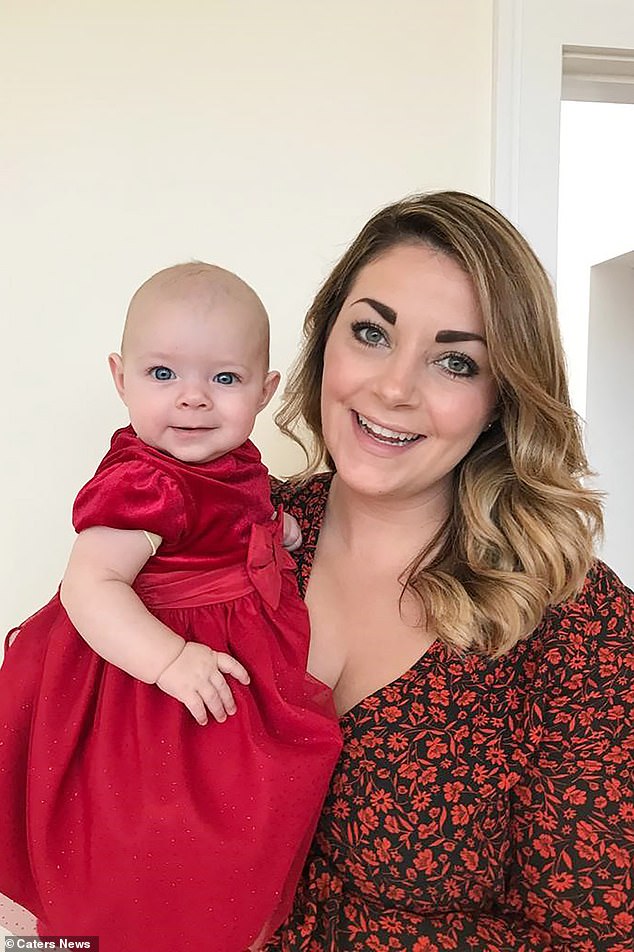 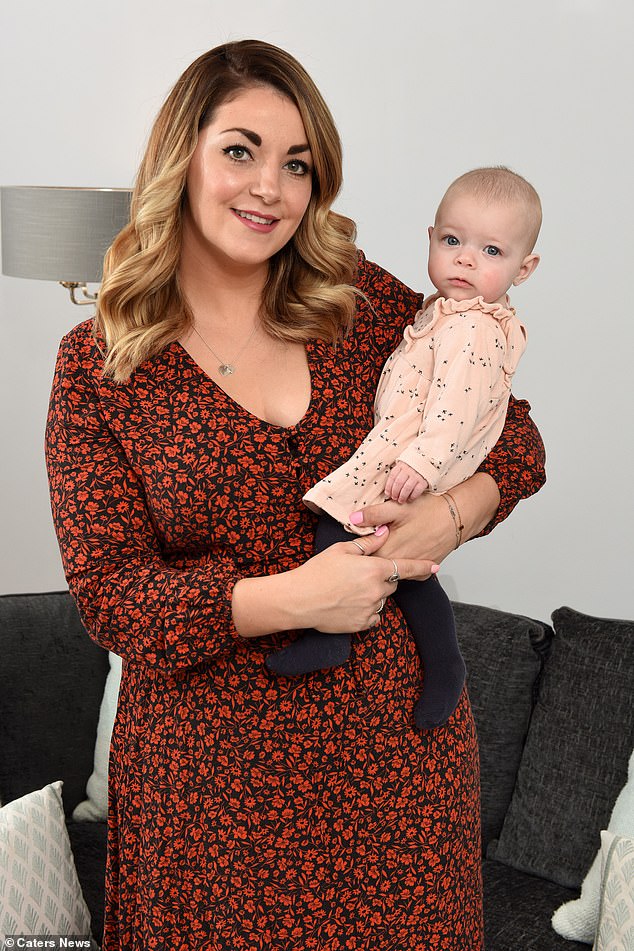 She said: ‘My life has turned completely upside down.

‘No-one can prepare you to be a mum, but I love every second.

‘A massive perk is there isn’t any stress from a boyfriend, my house is always tidy the way I have left it and I only have to think about me and Eden.’

She added that having baby Eden was ‘the best decision’ she had ever made, revealing: ‘I don’t have any regrets about doing this on my own and I feel like she has made me into the person I was always supposed to be.’

WHAT ARE THE UK’S SPERM DONATION RULES?

Sperm donation is commonplace in the UK and used to help people start families when they can’t have children of their own naturally – if, for example, a male partner is infertile, if both parents are women, or if the mother is single.

Clinics in the UK are not allowed to pay men to donate sperm, except up to £35 to cover expenses such as travel. More may be offered if accommodation is necessary.

A law change in 2005 means men can no longer donate anonymously and must agree for any children born from their sperm to be able to find out who they are after they turn 18.

However, a donor father will never be required to parent the child or pay child support.

Sperm donors are usually aged between 18 and 41, although older donors may be allowed in some cases.

A donor will visit a fertility clinic once a week for between three and six months to make a complete donation – at each visit the donor will ejaculate into a cup and their sperm be frozen.

Donated sperm cannot be used to create any more than 10 families per donor, and the donor is allowed to withdraw his consent at any time until the sperm has been used.