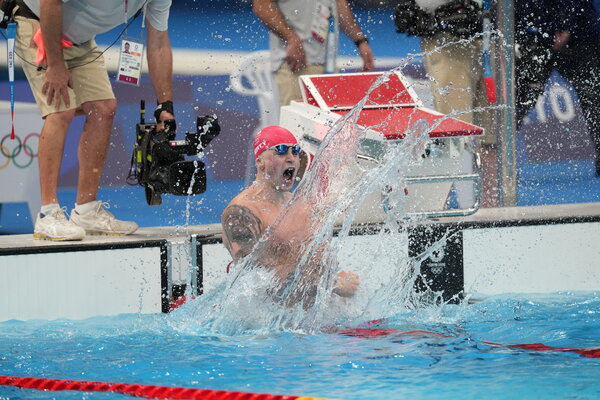 Adam Peaty of Britain is one of the handful of athletes at the Tokyo Games who was showing up here to pick up his gold medal.

Peaty, the world-record holder in the 100-meter breaststroke, has long been racing largely against himself, and he showed why once again Monday morning, winning the race in 57.37.

He has set an as-yet unmatchable standard in the event. Peaty, who won the gold medal in the event in 2016, became the first British swimmer to defend his Olympic title.

The race was essentially a contest for second place. Peaty won by more than a half-second. Arno Kamminga of the Netherlands took the silver medal in 58 seconds flat and Nicola Martinenghi of Italy took the bronze medal in 58.33. Michael Andrew of the United States finished fourth.