‘This is not the way I want to die’: Fox Sports’ Erin Andrews says her taxi driver fell asleep behind the wheel on a Chicago highway while she was on a Zoom call to Aaron Rodgers before an interview with the Packers QB

Erin Andrews has revealed her taxi driver fell asleep behind the wheel on a Chicago highway and was snoring – all while she was on a Zoom call which included Green Bay Packers quarterback Aaron Rodgers.

Andrews was headed to Green Bay for a sit-down interview with Rodgers and was on a call with the 38-year-old and some of her Fox Sports colleagues when she heard the driver firing out some zeds.

Speaking on her podcast ‘Calm Down’, she explained to co-host Charissa Thompson: ‘I had to fly from LA to Chicago and I had a car service to take me to Green Bay.

‘I know it’s not Greg Olsen, Kevin Burkhardt or Aaron Rodgers snoring. It’s my driver who fell asleep at the wheel. On a highway from Chicago. Snoring. Sleeping. And the car is moving, 65 miles an hour. 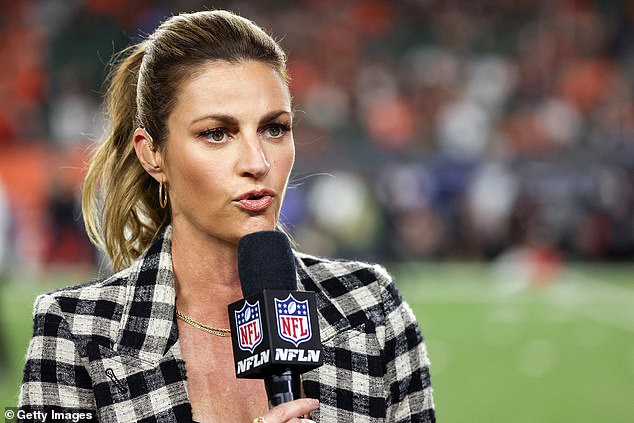 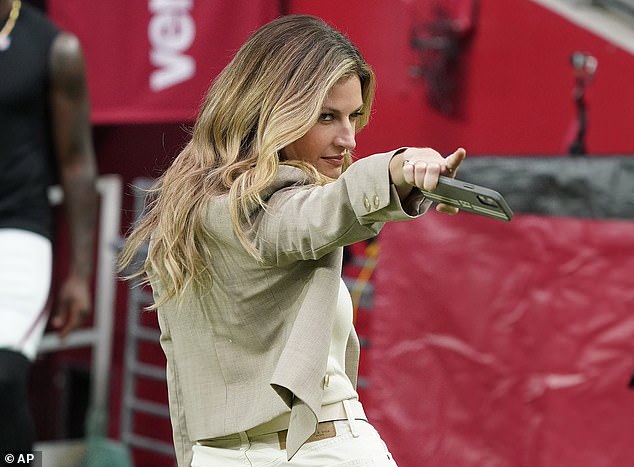 Fortunately, Andrews was fine but she was understandably shaken by the experience 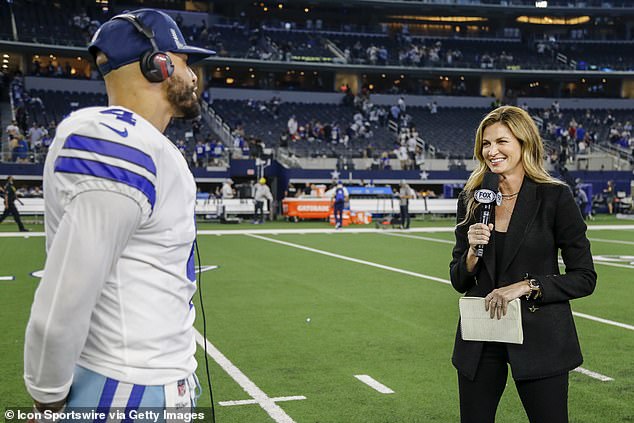 Andrews said she remained on the call but, quite understandably, found it difficult to offer complete focus.

‘After Aaron [Rodgers] gets off, I go “pull over at a Starbucks,”‘ she said. ‘I make him pull over at a McDonald’s. I go in, I get him a coffee. He doesn’t drink it. The entire car ride I am like “ahem ahem ahem” monitoring if he’s sleeping at the wheel.’

Fortunately Andrews made it safely to Green Bay and has since been covering the new NFL season with far less risks and danger.

It was a bad start for Rodgers and the Packers – they lost their opening game 23-7 against the Minnesota Vikings.

Rodgers himself has hit the headlines in recent month for his admission over the use of the hallucinogenic drug ayahuasca.

He recently spoke of using it in the most recent offseason, telling The Pat McAfee Show: ‘I was searching for a deeper level of self-love.

‘I went down to Machu Picchu in Peru and had magical experiences there, in the Sacred Valley. I had a couple of really interesting nights on the medicine and came back a changed person.

”I had a really difficult night one, beautiful night two and then a mixed bag night three with a really beautiful conclusion to the ceremony.

‘It changes the way you look at the world… you feel may more connected.’ 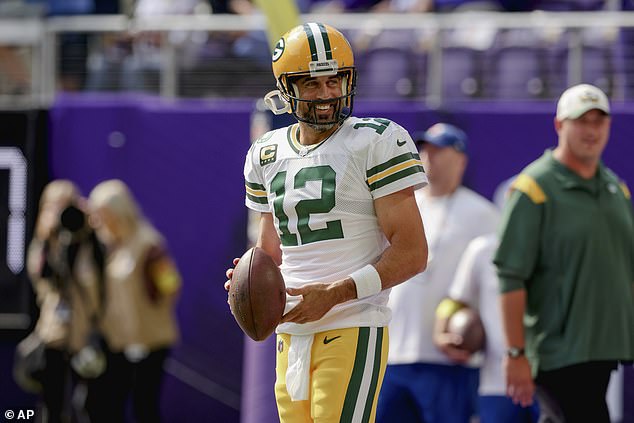 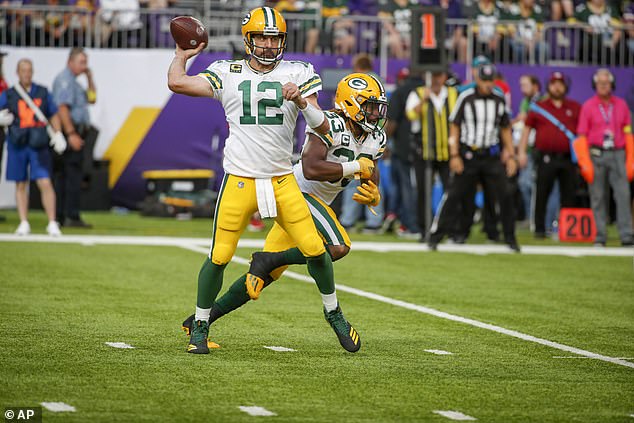 Incredibly, Rodgers – who is about to enter his 18th season in the NFL – then went on to admit that he has only enjoyed playing football since he began to use the drug.

When asked if he was now enjoying the sport, he replied: ‘I’ve been enjoying it since I did ayahuasca… the last few years have been great.

‘Mental health, bro, starts with self-love. When you increase that, you’re able to pass that on more easily.’

Rodgers and the Packers return to the field this weekend, facing the Chicago Bears.