CRISTIANO RONALDO will play against Paris Saint-Germain on January 19 as part of a combined Al-Nassr and Al-Hilal XI.

The match will see the Portuguese veteran come up against old foe Lionel Messi. 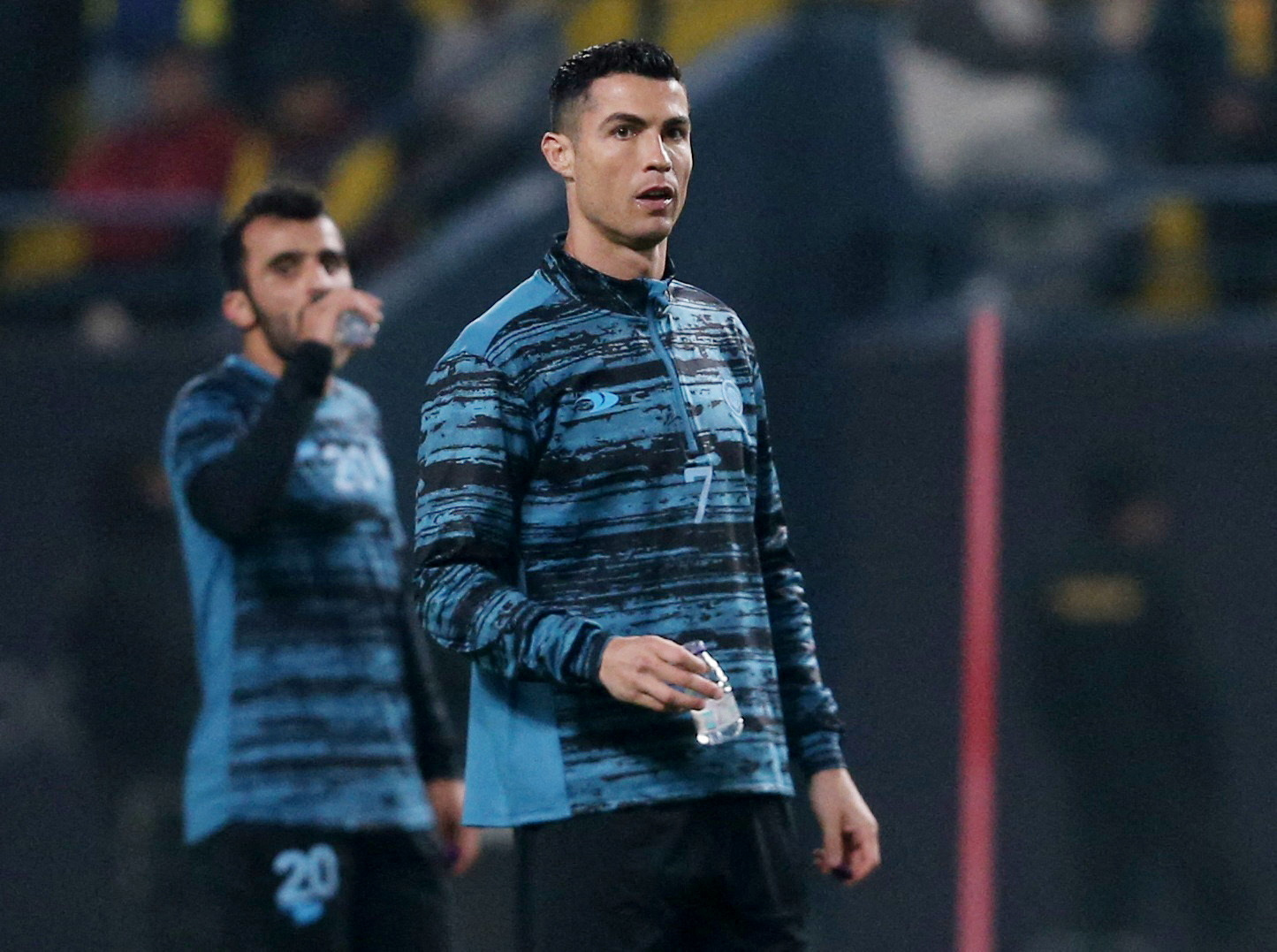 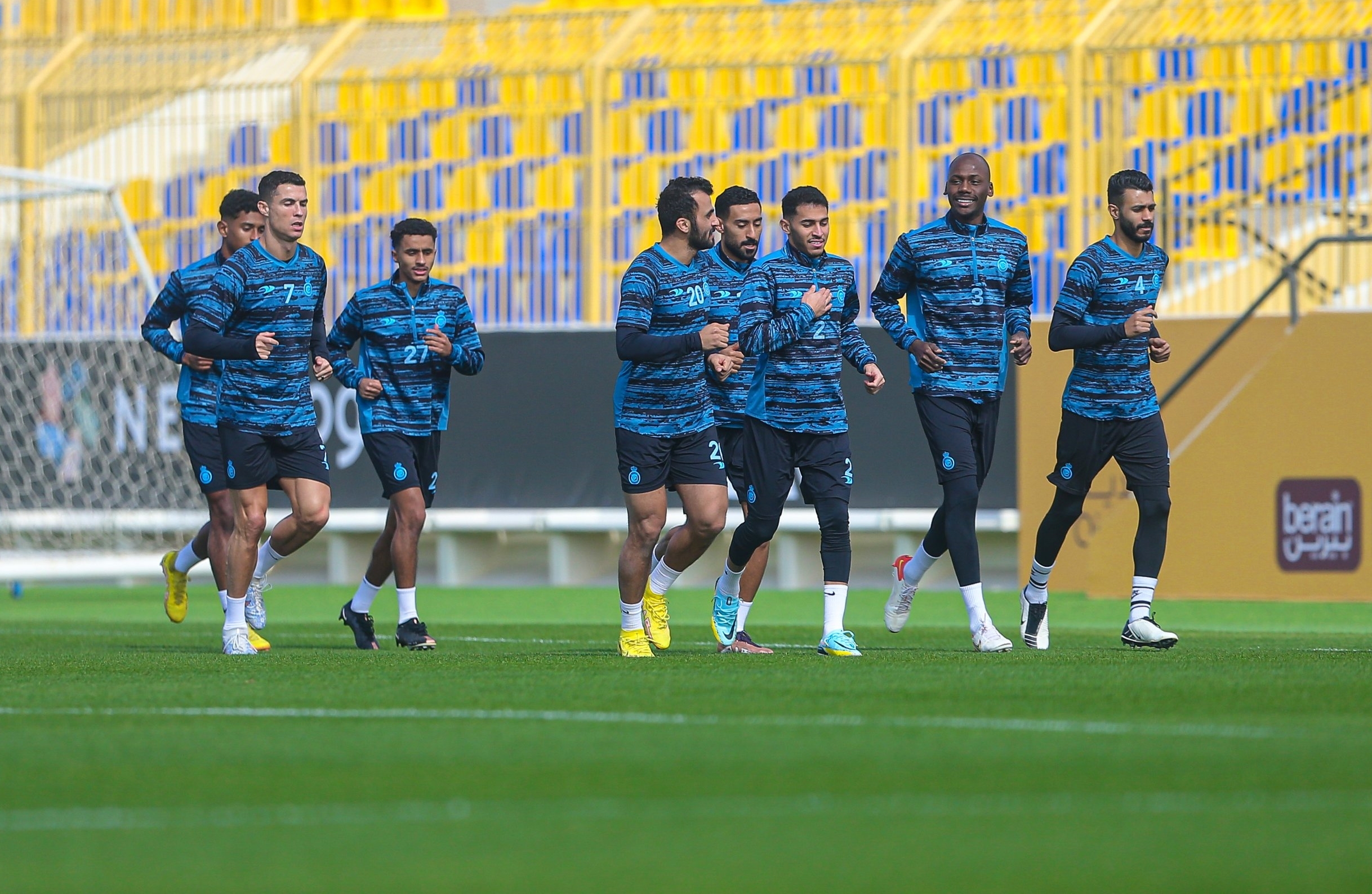 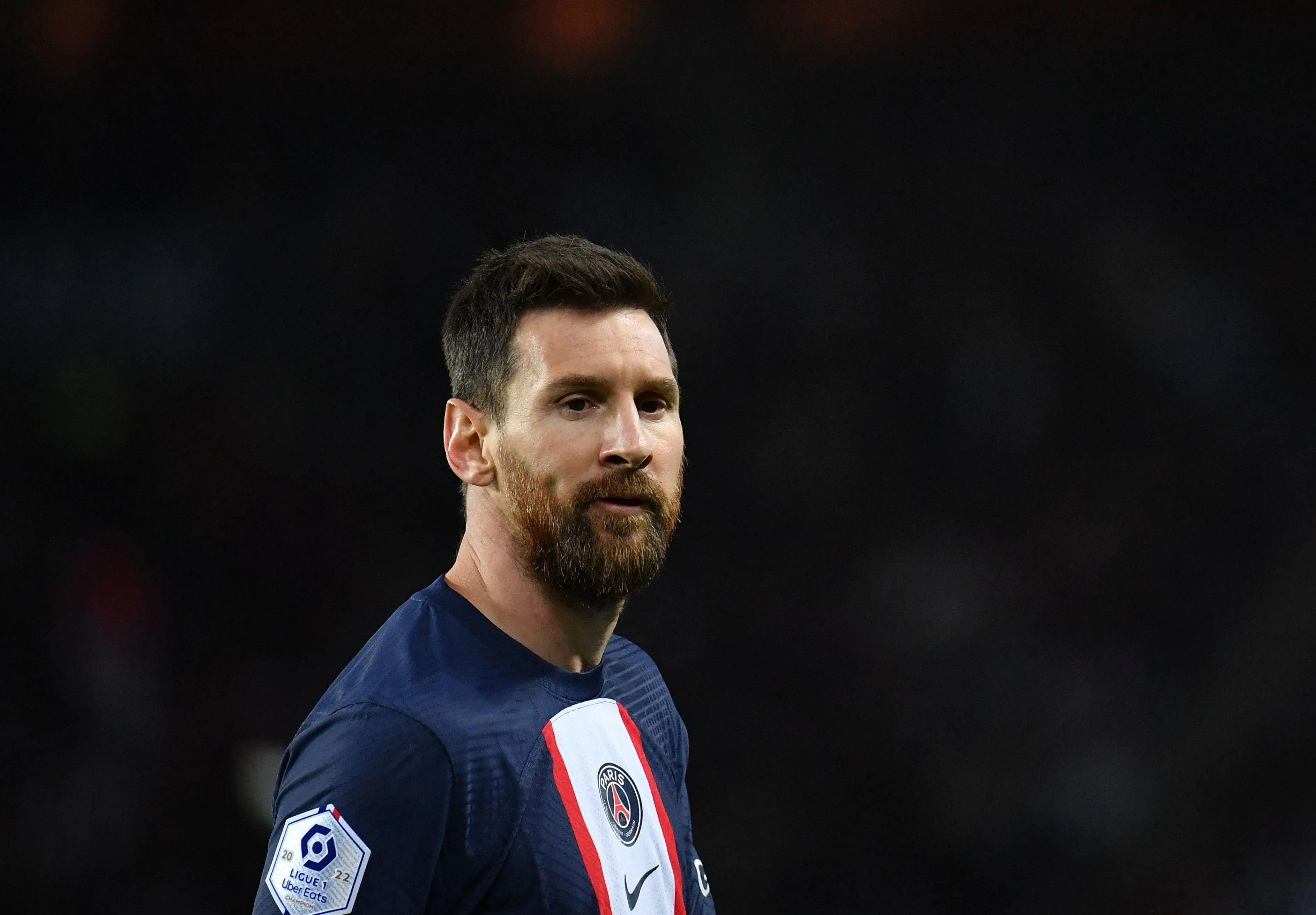 PSG are travelling to Riyadh to take part in the exhibition match.

Ronaldo will feature in a side consisting of team-mates from current Saudi leaders Al-Nassr and players from last year's league champions Al-Hilal.

Asked about the 37-year-old's Saudi debut, Al-Nassr boss Rudi Garcia confirmed: "(It) won’t be with the Al-Nassr jersey.

"It will be a mix between Al-Hilal and Al-Nassr…" 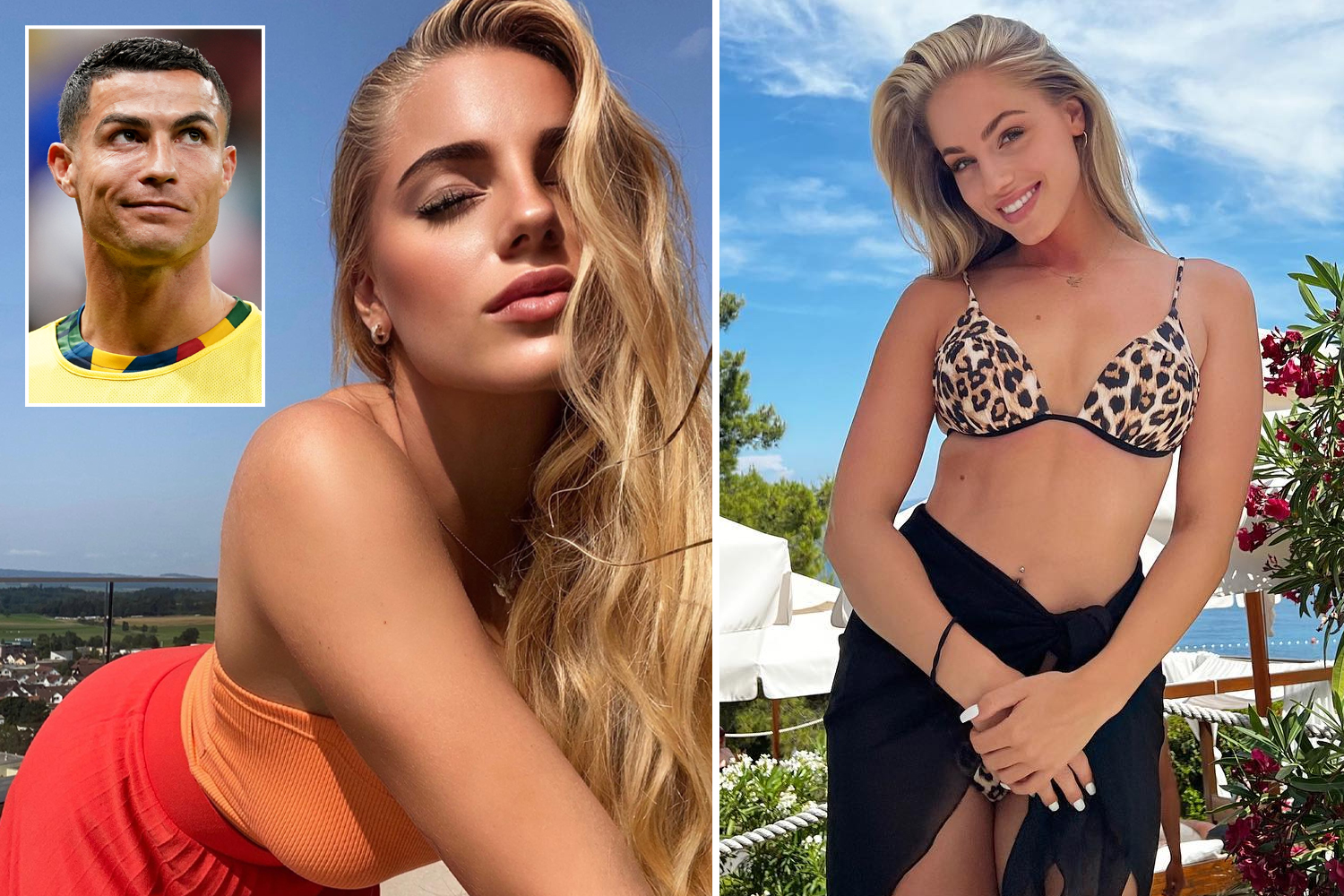 Ronaldo has been serving a two-match ban since joining Al-Nassr, given to him for slapping a phone out of a 14-year-old's hands last April.

He could only watch on from the stands as his new side beat Al-Ta'ee 2-0.

The former Manchester United forward will remain unavailable as his side take on Al-Shabab on Saturday.

His debut in Saudi Arabian football will then come against PSGon January 19. 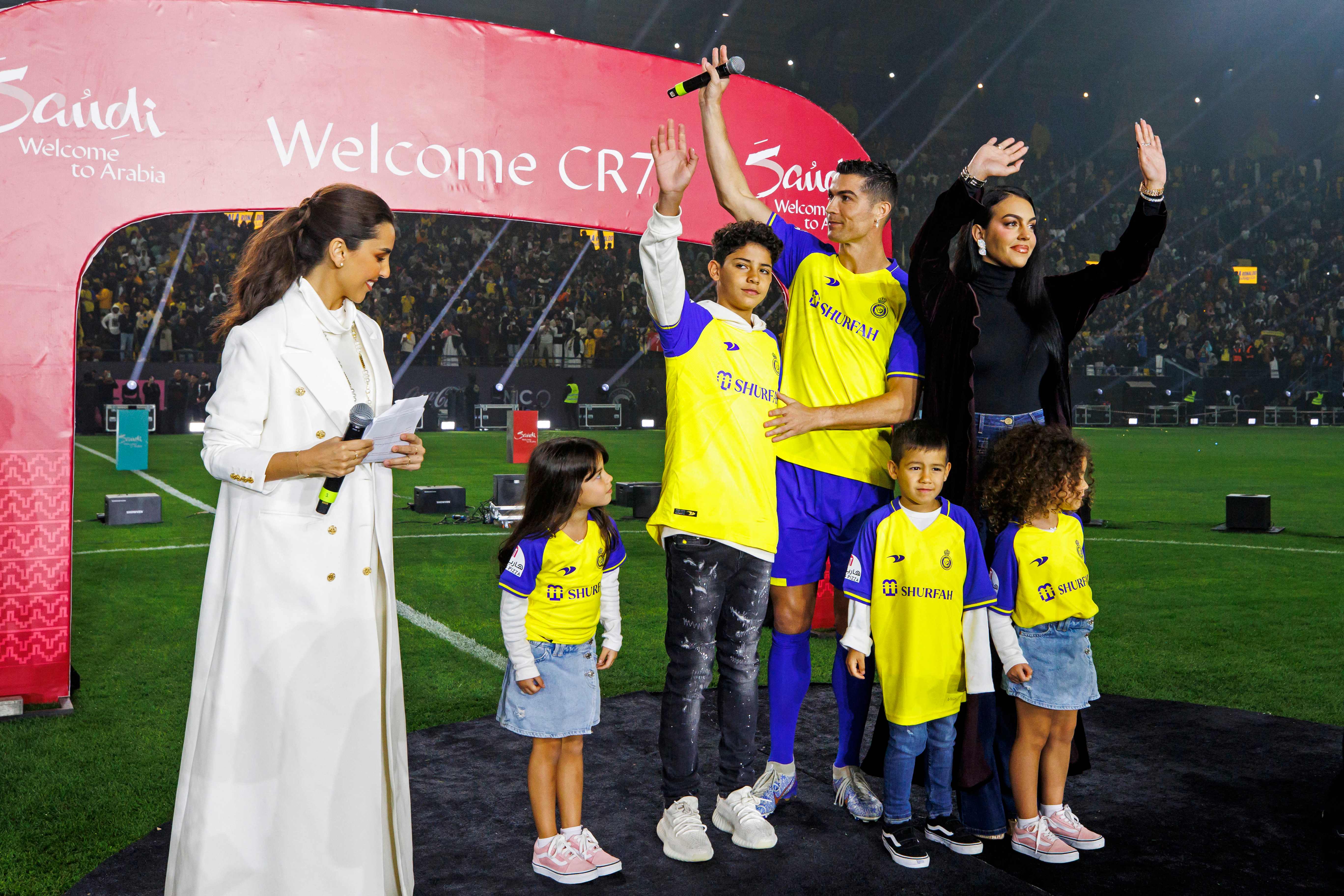 Then his first outing for Al-Nassr will come on January 22 against Ettifaq.

Excitement has been building in Saudi Arabia following Ronaldo's arrival.

His image was projected onto the Burj Khalifa, the world's tallest building, earlier this week.

A message on the projection read: "CR7 Welcome To Arabia."

Ronaldo is living in what has been described as a super-sized "Kingdom Suite" with partner Georgina Rodriguez and their kids.

And he was introduced to his side's supporters alongside his family last week. 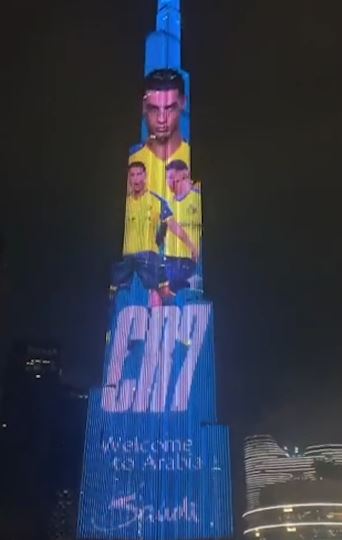