KYLE LAFFERTY revealed he put a GUN to Michael O'Neill's head after Euro 2016.

The former Rangers and Norwich man, 35, made three appearances in France as Northern Ireland qualified for the knockout phase. 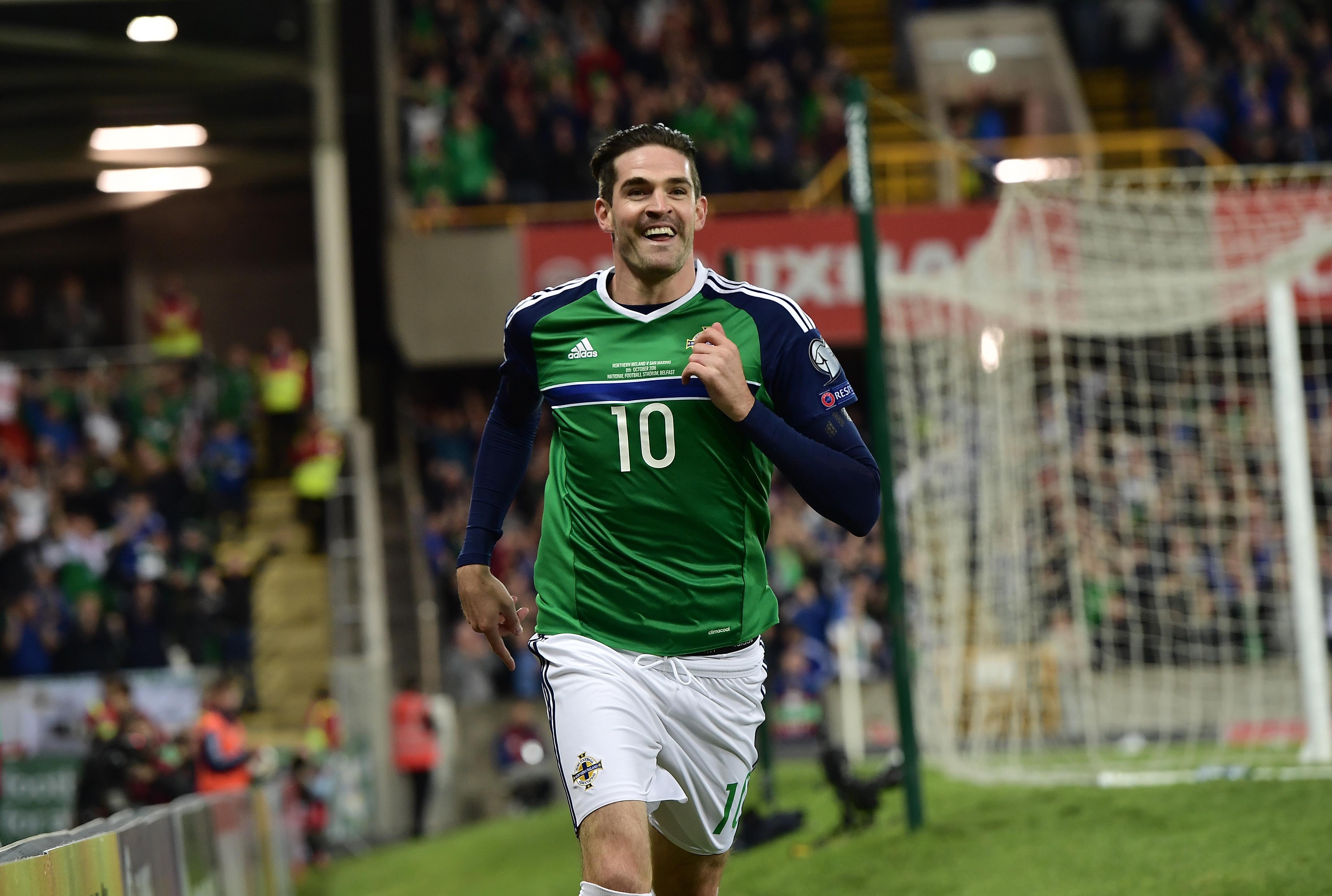 Now at Kilmarnock, Lafferty is currently facing a 10-game ban after being charged over a 'sectarian language' video, with a hearing set for next month.

A video posted on social media appeared to show Lafferty using the term 'fenian b******' when tricked by a Celtic fan in a nightclub.

Back at Euro 2016 he starred against Poland and Northern Ireland in the group stage but was dropped for the win over Ukraine.

The Northern Ireland squad had a farewell party before jetting home after being knocked out by Wales.

And ex-Ibrox forward Lafferty has revealed he jokingly put a gun to his gaffer's head after the national team's security guards brought out their unloaded guns.

Speaking on Open Goal in 2020, Lafferty said: "After the Wales game it was just like 'let loose'.

"And there was always the three security guards that always came with us. If two of us wanted to go the the shop, one of them would come with us.

"But they'd always carry guns. They were top guys, you don't mess with these guys.

"So they started drinking as well. We got friendly with them and we were always chatting and they said 'Give us 10 minutes and we'll come back'.

"So we were like 'What the f*** are they doing, are they bringing more drink? There's loads here'.

"They came back with all their guns. Night vision goggles, big guns, everything! Obviously not loaded.

"So we're in this room and we're like Rambo. Night vision goggles, guns, p***ed.

"Michael O'Neill's sitting there and I've went up to Michael and I put the gun to his head and said 'Do you regret dropping me against Ukraine now you p***k?'

"Thinking back to it I'm like what's going on man."