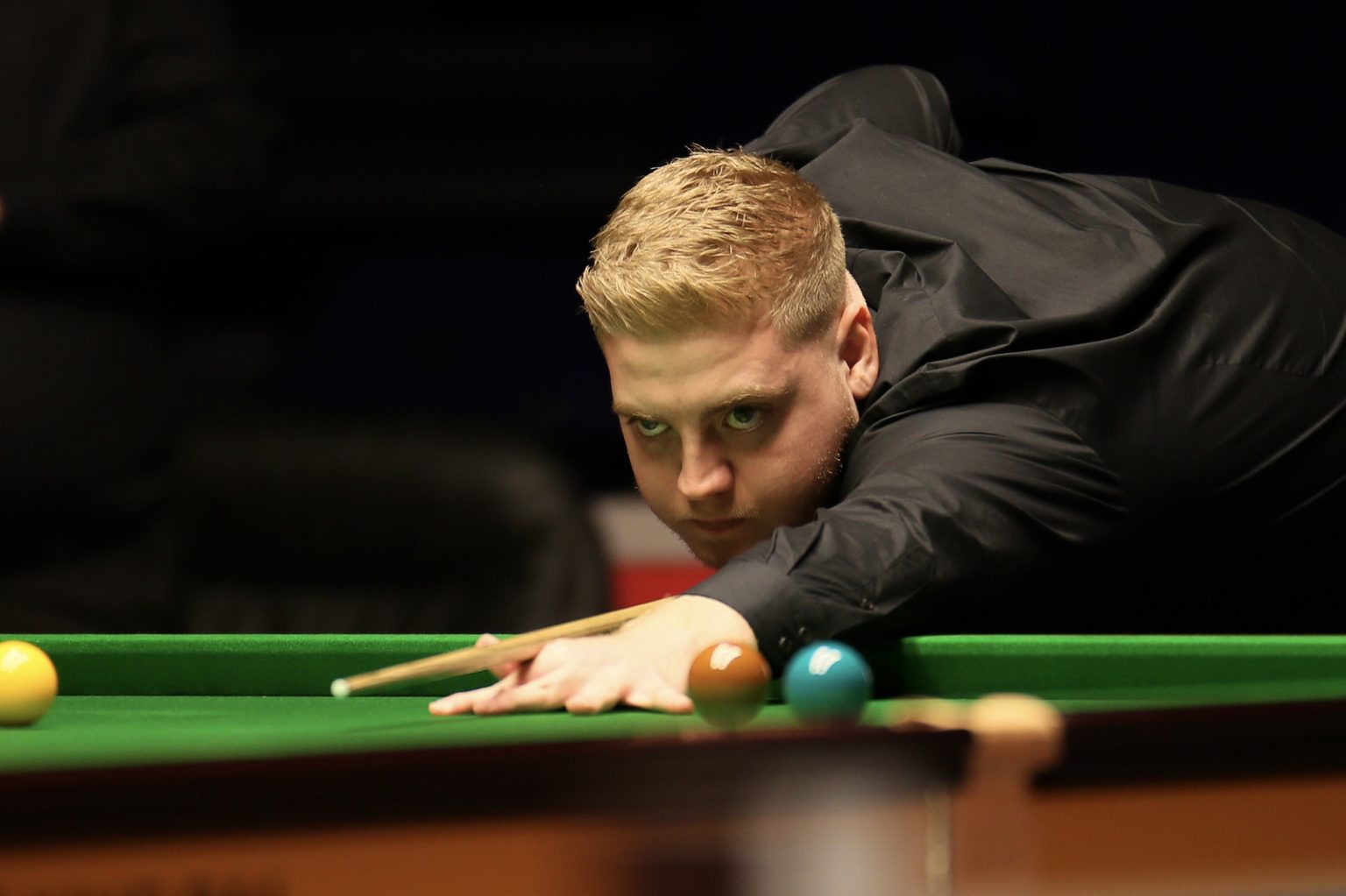 Louis Heathcote admits he has contemplated giving up snooker after hitting ‘rock bottom’ on the tour, but feels the new guaranteed income initiative has lifted a weight from his shoulders.

A new WST and WPBSA move guarantees tour players at least £20,000 over a season, paid out in two payments of £10,000 in September and January. It is set against prize money, so must be repaid if players earn more than £20,000, but it is a helpful safety net.

It is very welcome news to the 2020 Rookie of the Year, who has had a tricky start to the season, winning just one match so far and is yet to be paid for that victory in the Northern Ireland Open qualifiers.

That means the world number 80 has not been paid anything from snooker since April and has been living off occasional shifts in the club where he practices and the help of his family.

‘It’s a flipping struggle,’ Heathcote told Metro.co.uk. ‘I’ve not been paid since April. So April-October I wouldn’t have had any source of income from snooker because I get paid after the Northern Ireland Open.

‘Working in the club is just to get me by, it’s just here and there. My mum, dad and step mum have been a godsend the last 8-10 months. The stress and strain of it. Obviously I’ve not had the best of seasons, but having no income, no money at all, it’s really tough.

‘You start playing for money rather than just trying to win the match and you’ve got no chance when you’re in that mindset. It’s been tough.’

The 25-year-old admits that he has thought about stepping away from snooker just to earn a more reliable living, but is continuing to pursue his dream, largely thanks to his family.

‘There’s been times I’ve contemplated just getting a job and not bothering practicing,’ he said. ‘If it weren’t for my mum I’d have been close to quitting and getting a job, but she’s pushed me and she’s got my back.

‘Even just 50 quid to put in the car to get to qualifiers, it’s tough but you’ve just got to keep getting your head down practicing, do the best for myself and to put myself in positions to win.’

Heathcote lost his first two knockout matches of the season in deciding frames to Sanderson Lam and Jimmy Robertson, with just a few balls the difference between a good income and nothing.

‘It’s ridiculous. I practiced hard over summer, I was in the gym, feeling really good,’ he said. ‘Then I thought I controlled the first match I had and somehow lost against a good friend in Sandy, he played quite well.

‘Jimmy Robertson I was one ball away from wining the match at 3-2, just a flick that went wrong and somehow I lost that. You just keep getting knocked down and knocked down and you’ve just got to pick yourself up. I don’t know how but you’ve got to keep going.

‘I was 4-1 up at the Worlds qualifiers and lost a decider. I think if I’d have won half the deciders that I’ve lost I’d probably be in the top 48, it’s just the odd flick and kick and it’s probably cost me 30 grand. It’s so brutal.

‘You put in a full tank of petrol at these prices, hotels, food. You control the whole game, lose 4-3 and you’ve got to drive home and it’s the worst car journey ever.

‘You’ve got nothing, but you’ve spent 200-300 quid. You start thinking, “What is the point? What am I doing? I’m 25, trying to save for a house with my girlfriend and I can’t even pay my next car finance let alone a mortgage!”

‘I felt I was going nowhere or backwards, is it really a life I want to be living? But then there’s good times. You’re grateful to wake up and play snooker every day which I love, but there’s a lot of stress and strain that comes with it if you’re losing.

‘I’ve been really struggling, like rock bottom, and I’ve got no mortgage or kids or anything so I feel sorry for people that have got those responsibilities because it’s so hard.’

The introduction of guaranteed income changes things massively for players in Heathcote’s position and he believes it will free up his arm and mind, allowing him to play better snooker going forward.

‘It’s brilliant. People have mixed opinions, but for me personally it’s a weight lifted off my shoulders,’ he said.

‘I’ve been going to matches thinking that if I win this I can pay for something. I don’t have to do that anymore.

‘I was playing Rob Milkins in the UK and thought, “If I win this I can pay my tax bill in January.” At that point I had no chance of winning the match.

‘This news is a massive step in the right direction. You’ve got to be careful and budget because you’ve got to pay it back, but it’s a weight off people’s shoulders.’

Heathcote is glad that the pressure has been taken off a bit, but he wants to get his cue out on a more regular basis having played so infrequently so far this season.

The Leicester man feels the British Open returning to the calendar last season was a great example of how an event can be put on at short notice and would like to see more done to fill players’ diaries.

‘They did the British Open, plucked that out, that’s got more prize money than a Home Nations, so there must be ways around it,’ he said.

‘It’s easy for me to say that people should just create tournaments. But it’s their job at the end of the day and they should be doing it.

‘Maybe it’s a lot more difficult to do than say, but it doesn’t need to be big comps. Everyone used to go and play in Gibraltar when it was six grand for semi-finals, just something to keep people ticking over.

‘It’s not all about £200k comps, it’s being able to consistently earn. Win a match for two grand every month to keep you ticking along.

‘It’s not just the money it’s the momentum. I won the match to get to Northern Ireland and then not got a tournament for seven weeks. Anything can happen in seven weeks, you can go in and out of form five times.’

That is out of Heathcote’s hands and now he is focussing on winning matches when he can and moving forward from the low point he found himself in this season.

‘Things are looking more positive, things are on the up,’ he said. ‘So hopefully now I can go and play with some freedom, how I know I can play, just go and play snooker.’