KOLO TOURE revealed how a slide tackle on old boss Arsene Wenger during a first trial changed his life for the better.

The centre-back joined the Gunners as a youngster in 2002 following a move from Ivorian side ASEC Mimosas. 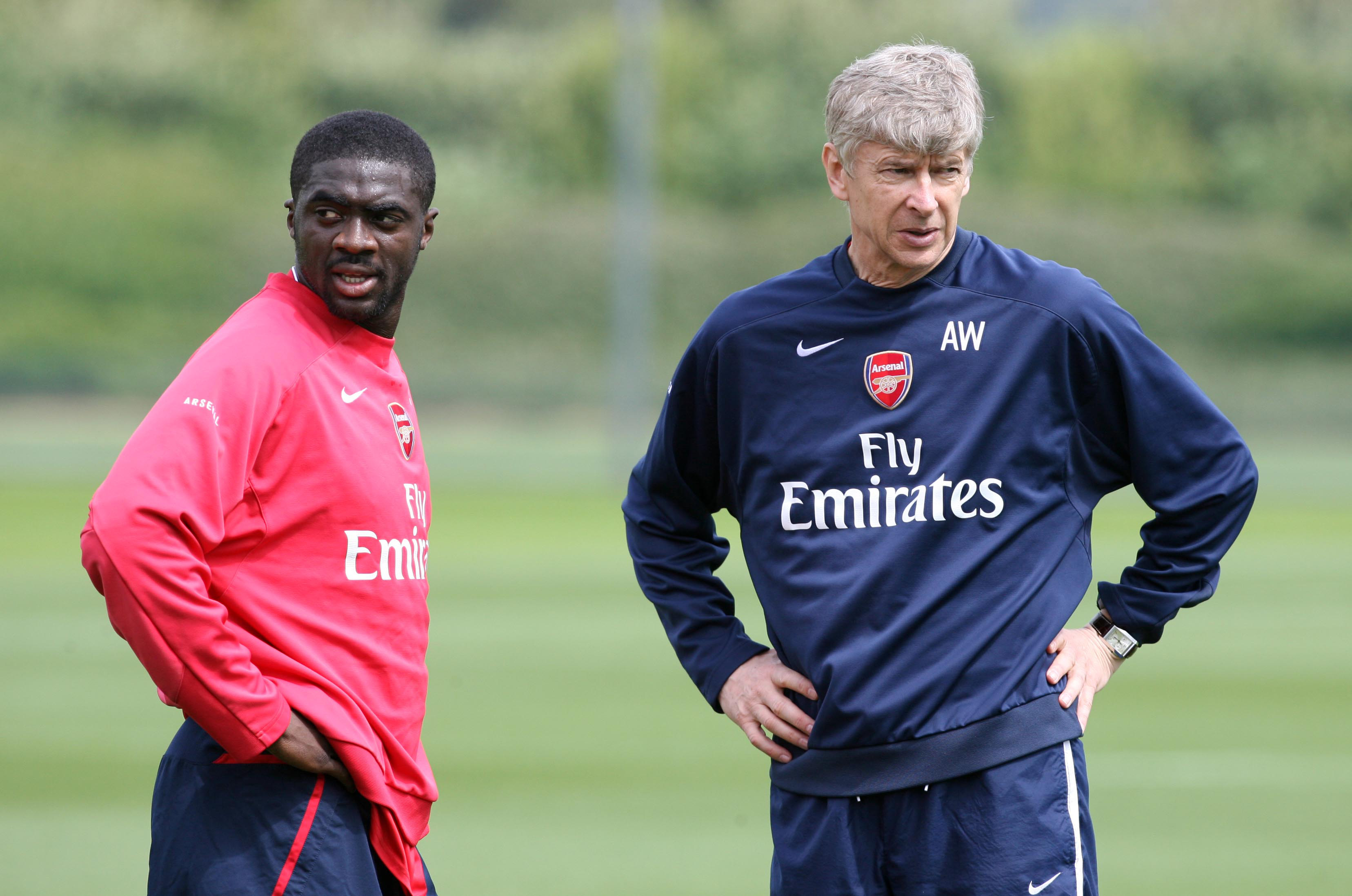 Toure was just 20-years-old when he was handed an opportunity in North London and was keen to take his chance with both hands.

But he was so eager, he left Wenger in the physio room holding an ice pack to his ankle after hacking him down during a training session.

This was after crunching star players Thierry Henry and Dennis Bergkamp.

Toure revealed how his willingness to make an impression showed Wenger how much he wanted to be successful in the game.

Speaking to Four Four Two, the now-Leicester coach said: "I was really fortunate to be able to go to that trial.

"I spent two weeks there and, as you know, I put that tackle in on Arsene Wenger!

"But, you know, I think that slide-tackle changed my career. 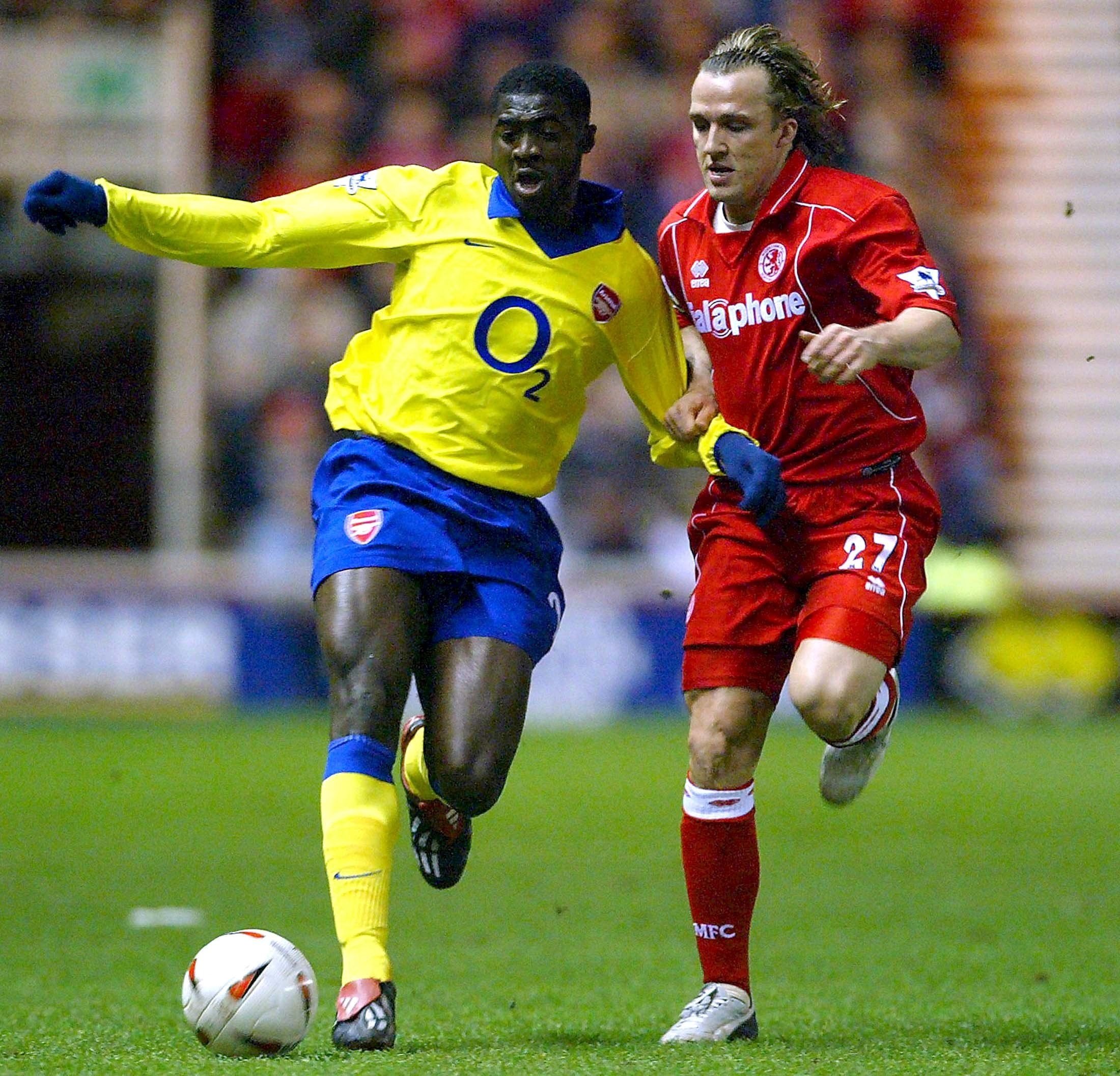 "All the players were laughing and I was in shock!

"I thought they were going to get rid of me there and then. But Arsene is an intelligent guy: he only saw a young African boy who was keen to impress him, and gave me that opportunity to express myself and show what I was capable of doing."

Wenger's decision proved to be one of a genius as Toure helped inspire Arsenal to become one of the best sides in Europe.

He was also a Champions League runner-up after a 2-1 defeat to Barcelona in 2006.

He told talkSPORT last year: "I rolled the ball into Thierry Henry and Kolo Toure from nowhere has smashed him from behind. Two-footed tackle. Terrible tackle.

"Seriously, could have been a red card in a normal game. Our best player is rolling around.

“Arsene Wenger says ‘Kolo, what are you doing? Don’t tackle, don’t tackle.’ He just wants him to stand there. ‘Oh, sorry, sorry’.

“Next minute ball goes into Dennis Bergkamp, they’ve swapped now. Kolo Toure does exactly the same and two-foots Dennis Bergkamp and we are thinking ‘this is unbelievable.

"How can we win the league if our two best players has been taken out by the trialist?

“Next ball comes in and Kolo Toure makes a great tackle, reads it and the ball is flipped up into the air.

"Arsene Wenger used to stand right in the middle of the midfield and forwards and he’d try and look at the movement, so the ball has gone up in the air and Kolo Toure has his eye on the ball – he’s chasing the ball – and where did it land? Right at Arsene Wenger’s foot and he’s two-footed Arsene Wenger. Proper tackle.

"That afternoon, I remember going into the medical room to see Gary Lewin about something and Arsene Wenger is sitting there with a big ice pack on his ankle and I felt sorry for Kolo Toure. I said ‘boss, I don’t think he meant to kick you like that.

“He said ‘I know he didn’t mean it, I like his desire. We’ll sign him tomorrow’ and that was it."