Russian MMA star Alexander Pisarev, 33, dies after ‘eating poisoned watermelon’ with his wife – as his father finds the pair unconscious at their Moscow apartment

Russian MMA star Alexander Pisarev has tragically passed away at the age of 33 after reportedly eating a poisoned watermelon.

Pisarev, who had amassed a professional MMA record of 3-2 prior to his passing, was found dead in his Moscow apartment by his father on October 30.

An unnamed member of the featherweight’s Tomahawk team told Russian news agency Tass: ‘Alexander Pisarev died in his sleep and did not have any chronic health problems. According to preliminary data, death was the result of food poisoning.’

Several media outlets, including Pravda, suggest that Pisarev passed away after eating a watermelon along with his wife, who is understood to have been hospitalised, although they also ate other products.

Igor Vladimirovich, the fighter’s father, returned to his apartment after walking the family’s dog to find that he was no longer breathing.

‘I looked into the room — Alexander and his wife were sleeping,’ Vladimirovich is quoted as saying by Pravda. ‘I came closer and then realised that my son was no longer breathing.

‘There were fractures of the fingers after the last fights, but this is nothing. We all eat the same food, we live together.’ 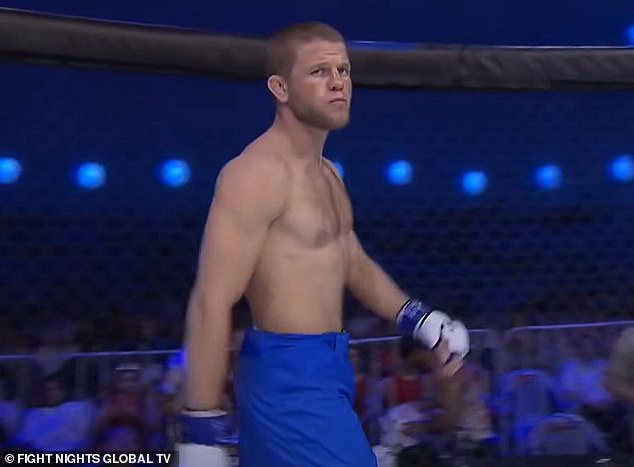 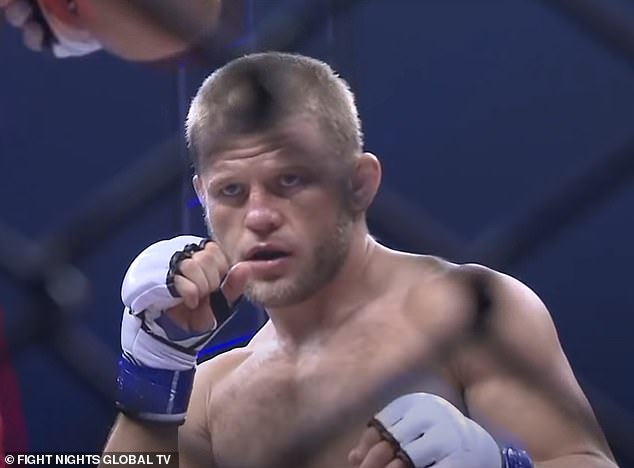 Melons do not naturally contain bacteria which can make you sick, however their outer skin can sometimes become contaminated as they are grown close to the ground.

They can also become contaminated during and after harvest from handling, storing and transporting.

A recent Salmonella outbreak in Norway, which left 20 people ill, was believed to be caused by watermelons, while similar cases in the UK earlier this year were linked to honeydew, cantaloupe and galia melons originating from Costa Rica or Honduras.

Relatives of Pisarev insist he was in good health and obtained no chronic diseases.

An autopsy will determine the cause of his death, with the Moscow Region Investigative Committee saying: ‘In Balashikha, an investigation was organized into the death of an athlete as a result of poisoning.

‘Investigators, with the participation of a forensic specialist, are conducting an additional inspection of the scene, confiscating items relevant to the investigation, and planning a forensic chemical examination.’

Pisarev, a former Moscow champion in hand-to-hand combat and grappling, reached the final of the MMA European Championships and fought under promotional banners such as Absolute Championship Berkut and Fight Nights Global.

His Tomahawk team said in a statement: ‘My brother, my friend, my student! Words cannot express the extent of the loss. Alexander Pisarev is the standard of friendship, decency and courage of a Russian person.

‘I and we will miss you!!! Rest in peace our brother.’