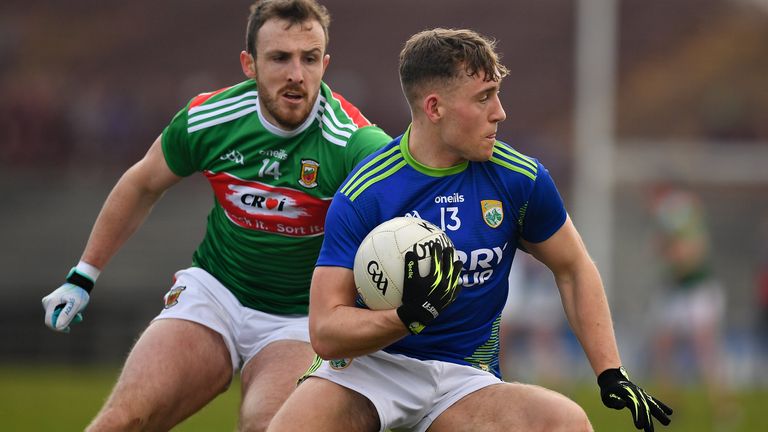 A round-up of Sunday’s National Football League action, as Kerry, Donegal and Galway picked up wins.

Kerry held off a spirited Mayo comeback to dig out a valuable 1-14 to 1-13 victory in Castlebar. The Kingdom stormed into an early lead, with Seán O’Shea finding the net. They led by nine points at one stage in the first half, and it could have been more had the crossbar not denied David Clifford from a penalty.

However, James Horan’s charges fought back in the second-half, but ultimately fell short by a single point. The loss, combined with results elsewhere means the reigning Division 1 champions are in deep relegation trouble.

Donegal allayed fears of a return to Division 2 with a 2-12 to 0-8 home win over Monaghan. The Ulster champions scored two first-half goals to kill off the challenge of the Farney County. 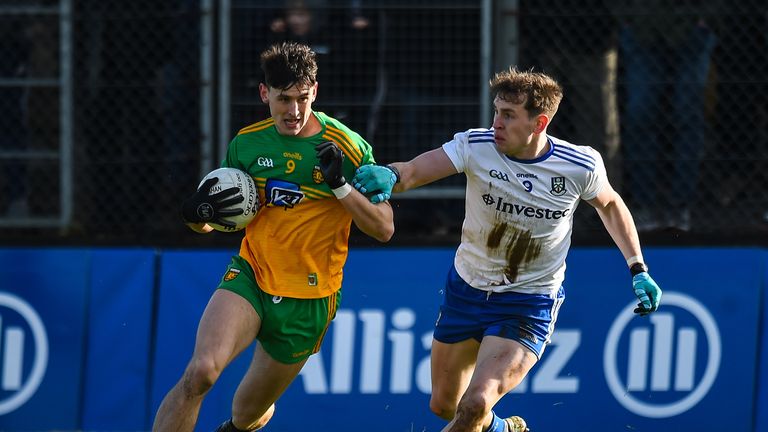 Meanwhile, high-flying Galway continued their impressive run in Navan, but didn’t have it all their own way against Meath.

The Royals flew out of the traps, leading 1-6 to 0-1, but they were reeled in by their visitors. Eventually, Pádraic Joyce’s side edged the tie 1-14 to 1-12, in a result that relegates Meath.

There were wins for Roscommon, Clare and Kildare in the second tier, as the division remains as tight as ever. The Connacht champions moved to the top of the table with a 1-16 to 0-12 win over Westmeath.

Meanwhile, the meeting of Fermanagh and Armagh was postponed after Brewster Park was deemed unplayable.

Cork continued their charge through the third tier with a 3-13 to 3-11 win at home against Derry.

Leitrim picked up their first win of the campaign away to Louth, winning 3-14 to 1-12.

10 NFL draft prospects who could have better careers as pros: Josh Jacobs, Mecole Hardman could break out