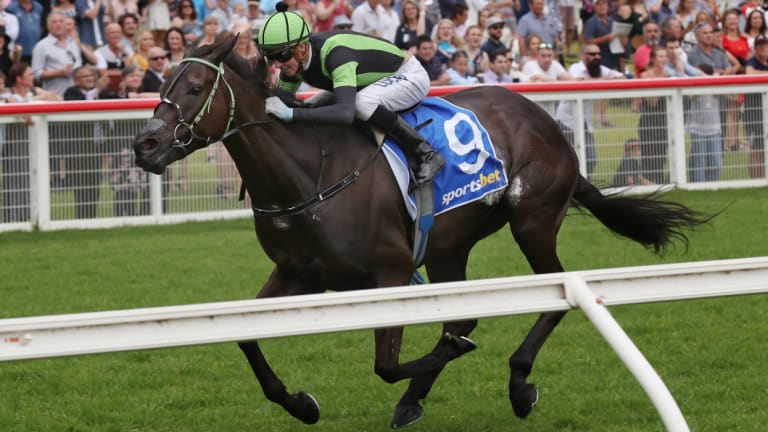 Our Big Mike takes honours in the Pakenham Cup.Credit:AAP

New Zealand trainer Craig Phelan was virtually speechless after his tough stayer Our Big Mike led all the way to win the listed Pakenham Cup.

Now worth $180,000 to the winner, the six-year-old gelding was beautifully rated in front by underrated 23-year-old jockey Jye McNeil and kicked clear late to out-stay Berisha, with the favourite Dal Harraild finishing third.

McNeil wished injured jockey Noel Callow all the best having scored the ride after Callow was hospitalised following a shocking fall at Sandown on Wednesday.

"My thoughts are with him," McNeil told racing.com

McNeil said he knew when Our Big Mike jumped well and took up the running in front he would be hard to run down.

"He does like to bowl along in front. He can sustain a really good gallop," McNeil said. 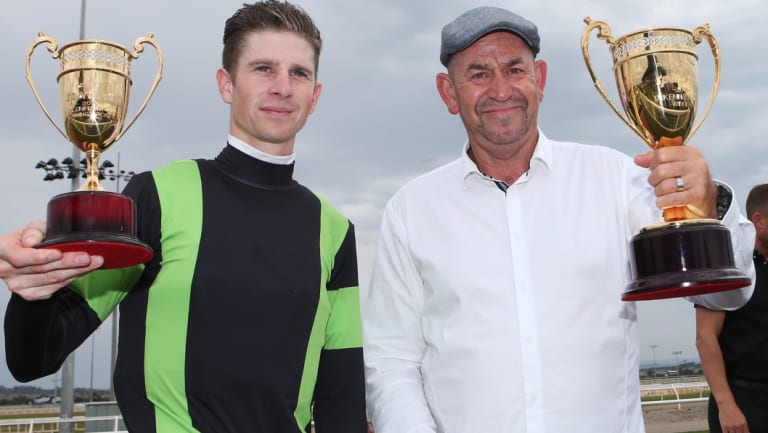 The win vindicated Phelan's decision to bring Our Big Mike out from New Zealand as he finished third in the Kyneton Cup and third at Moonee Valley last Saturday.

Meanwhile, Darren Weir may have unearthed another handy horse when Mr Quickie won his fourth on the trot at Pakenham when he hung on to win the Benchmark 78.

With Ben Allen in the saddle Mr Quickie took his prizemoney past $100,000, and he has moved through the grades winning five of his seven starts.

The three-year-old will now take a well earned spell over Christmas before looking at the South Australian or Queensland derbies.

Allen's excessive whip use in the driving finish where second placegetter Creedence hung in saw him suspended for 12 meetings, meaning that both horse and jockey will spend time away from the track.

Linda Meech continued her good form riding a double early in the card winning the first on Star Fall and race three on Angelic Spirit while the indomitable Craig Williams rode two winners too with his wins coming on Prezado and Amadeus.

The horse has only been with Begg for a short time but boxed on well after Luke Currie placed him perfectly just off the pace. The win was the six-year-old's fifth in 19 starts but the lightly-raced gelding showed he has enough talent to worry his opposition over summer.

Soon after attention turned to Morphettville where star sprinter Illustrious Lad broke through for his first win since the group two Linlithgow Stakes in November 2016.

Wild scenes broke out in the mounting yard as the gelding broke through, capping off a great training performance by Peter Gelagotis.