How should Australians play sport – at all levels – but especially when representing us at the elite level?

It’s a question we’ve asked ourselves more and more in the past few years. If it was murmured before the mistakes of Cape Town, it’s been the major topic since. The reason it’s so important is – rightly or wrongly – we regard how Australians play on the international stage as an expression of the national character. We perceive it as an international language, a representation of what it is to be Australian. 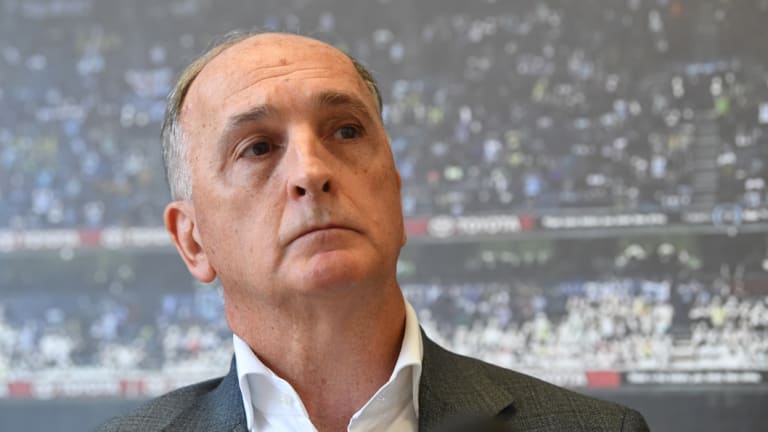 When it’s spoken well, we are eternally respectful of those responsible. Think through generations – Cuthbert, Rosewall, Rose, Elliot, Freeman, Fearnley, Thorpe, or cricketers like Belinda Clark or Richie Benaud. There are so many others we could cite. The words we associate most with these immortals tend to be values: integrity, respect, bravery, selflessness and pride.

We revere these great Australians because they lived the values – they were the embodiment of how we wanted to be perceived as a nation on the world stage. They were genuinely authentic people who made choices on and off the field guided by their moral compass. They converted words to deeds – on and off the field. And they were winners – all of them. Standing atop the shoulders of these giants, every generation of representative sportspeople gets the chance to express their own version of the "Australian way to play". This week the Australian men’s Test team has its turn. The chance to give life to the values and good intentions expressed in the Players' Pact.

This group of players will provide a brand of cricket every Australian can be proud of. Just as our world champion women played in the West Indies, the shining light of Australian sport at the moment.

This generation of men and women cricketers are among the finest I’ve seen. They are respectful. They listen, they think and they learn. They understand they are custodians of the traditions of Australian cricket and they know what that means. They believe a team can be fiercely competitive as well as respectful. That force and integrity can co-exist. 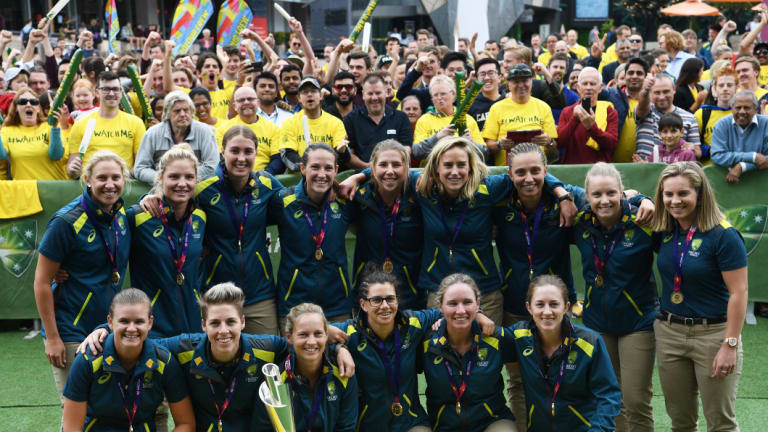 The Australian team at Federation Square after their recent World T20 triumph.Credit:AAP

What should be clear to everyone by now – this group also appreciates the extent of the mistakes of South Africa. They get it. And understand that when good people are in the wrong, there’s a need for contrition and correction. That the trust that was lost must be earned back. It’s also a collective that values teamwork and unity off the field as much as on it. Largely unknown is that this is the cohort of young men and women who prioritised achieving together the first gender equity pay model in Australian sport’s history. Something female athletes in every code will benefit from for as long as professional sport exists in Australia.

It’s also a group that has committed to substantial investment in grassroots cricket and financially support the health and wellbeing of former players.

These are achievements our senior internationals, along with all the players, reached together – when there was more money to be made if they went it alone. Because the principle was more important.

This is the calibre of the current generation of cricketers in Australia – a reality easily lost in the fog of recent controversies. They’re also the people who told the Longstaff Review – through the ACA – that they wanted the chance for a closer connection to grassroots cricket. They wanted more real, regular, human-level connections with their local cricket communities.

Ensuring that "winning in the right spirit" is infused into how Australian cricket defines "high-performance". And to have education programs for cricketers at all levels to acknowledge their role as custodians of the traditions of cricket and the legacy they must leave for future generations.

I have growing confidence Cricket Australia will consider what the players are saying and offering.

Last week under the leadership of new CA chairman Earl Eddings, respective board members of CA and the ACA had our most sincere, respectful and thoughtful joint discussion for some time. Thank you Earl, for facilitating that. All of which makes me confident to make a prediction for the season ahead: Our men and women cricketers will again show us "winning" and bearing the mantle of Australia’s sporting heritage are not mutually exclusive. The current generation will provide their answer – respectfully and well – to the question: what is the Australian way to play?

Greg Dyer is president of the Australian Cricketers Association. He played six Tests and 43 one-day internationals for Australia and was a member of the winning 1987 World Cup side.