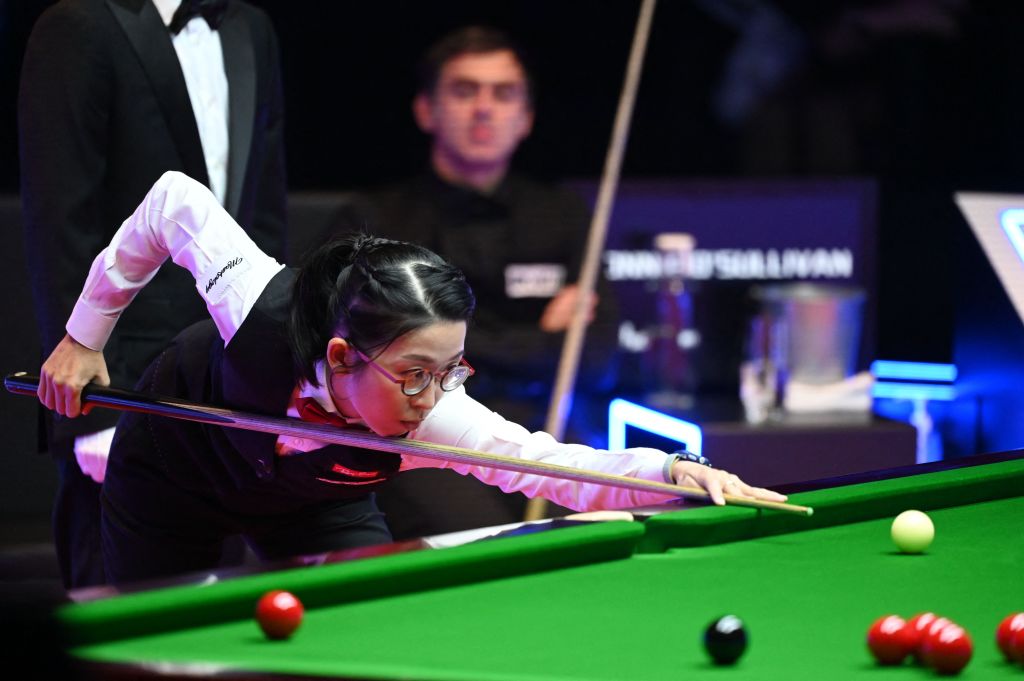 Ronnie O’Sullivan and Ng On Yee played in front of the biggest crowd in snooker history on Friday at the Hong Kong Masters, with over 5,000 fans in the Hong Kong Coliseum to see the quarter-final clash.

The tournament is being played in the giant venue which can hold over 12,000 spectators for some events and around 9,000 are expected to attend Sunday’s final.

The previous record snooker attendance was set at the last edition of this tournament in 2017 when 3,000 people visited the Queen Elizabeth Stadium, but that has now been broken and the new record will be broken again this weekend.

The official number is yet to be confirmed but World Snooker Tour have stated that over 5,000 fans were at the Hong Kong Coliseum to watch O’Sullivan and On Yee.

‘It’s unbelievable really, a fantastic crowd,’ said O’Sullivan. ‘We love coming to Asia, the fans are always excited to see us play and cheer on a lot of the shots that we pot, it makes us want to play well because the crowd responds to us well.

‘It’s fantastic to be here, it’s a huge venue. It’s just great to be here.

‘I love coming to Asia, to Hong Kong, the fans are so happy to see you. We would like to play more in Hong Kong and Asia – the best fans, the best tournaments. It’s lovely to be here.’

‘You’ve got eight very, very high quality players,’ he said. ‘The tournaments we play in have got 128 players and you get a lot of nothing matches, whereas here every match is capable of being a final in any tournament.

‘Playing against top quality opposition, knowing you need to be at your best motivates you to want to do well. These are special events and you want to play in as many of these as you can.’