There were moments of joy, there were tears of despair, and at the heart of it all was the city of Birmingham. Our reporters on the ground in the West Midlands – Andrew Webster, Tom Decent, Phil Lutton, Rob Harris and Michael Gleeson – look back at the best and worst of the 2022 Commonwealth Games. 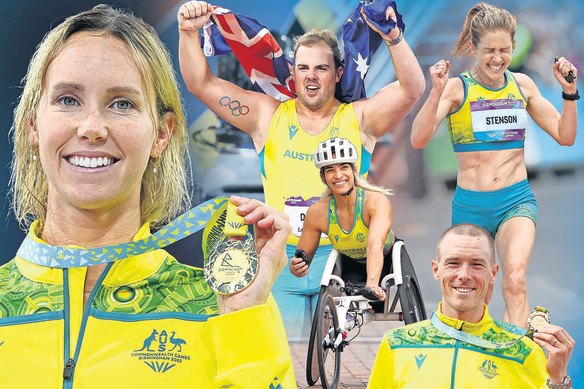 Tuesday night at the track when the 100m in the men’s and women’s were run and won, along with Eilish McColgan’s win in the 10,000m, was pretty special. My mind keeps drifting back to the men’s 3×3 basketball final. Sure, Australia lost in overtime but the eruption of the crowd and reaction of the players was sport at its dramatic best.

People in Australia slamming the Commonwealth Games, arguing they are irrelevant and nobody cares and they’d rather watch the footy and why are you there, blah, blah, blah. The sport and atmosphere has been spectacular and, for many of these countries and their athletes, it’s their shot at international competition. Also, the Kyle Chalmers situation could’ve been handled better by all concerned.

The city itself has been the true gold medallist. Crowds have been strong, pleasant, and welcoming. Brum is a big old melting pot of cultures and people, all just letting people be who they want to be. It’s refreshing. Oh, and the Craven Arms up the hill from our hotel goes good, too.

The Australian women’s sevens rugby side somehow pulling a semi-final win out of the bag against New Zealand, thanks to Maddison Levi’s try that her sister Teagan set up, before exacting revenge against Fiji in the gold medal match. Watching the sisters in each other’s arms on the podium was memorable. 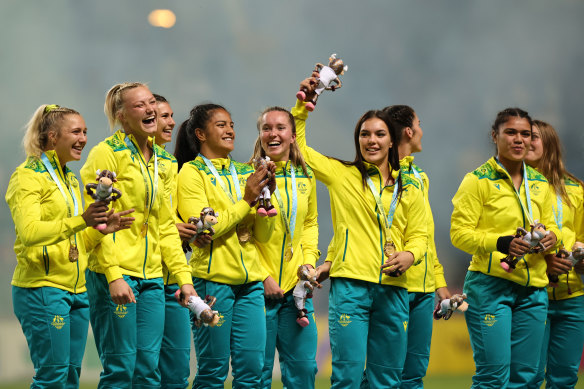 After the success of a gold medal at the Rio Olympics, Australia’s female sevens side has shown glimpses of its best in the past few years but the willpower on show in the final was beautiful to watch. It was fitting, too, that Sharni Williams played the match in rainbow headgear, a few days after the Manly jersey saga.

Two disabled Nigerian athletes being told they couldn’t compete in the para-powerlifting because they were 15 minutes late to check in. Sports need rules but witnessing the pair bawling their eyes out because team officials forgot to give them the right information was hard to watch. Letting them compete – they arrived more than an hour before the event – would have been the right thing to do.

Birmingham has done its bit. Sure, it’s not Coogee beach, but it’s a city with character. The volunteers are as helpful as any at any event I’ve covered, and even the local folk are desperate to make your experience a positive one. There is no shortage of kebab shops on the walk home from venues late at night. Is that a good or a bad thing? 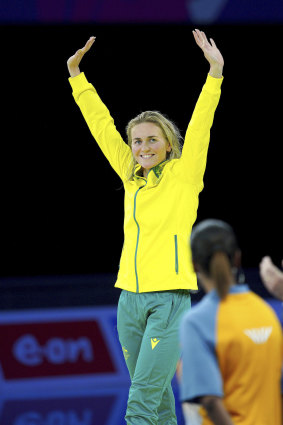 It’s impossible not to be floored by what Ariarne Titmus does in the pool with such alarming regularity. She won the 200m-400m-800m triple but what she unleashed in the anchor leg of the 4x200m freestyle relay was special. Australia won the race and broke the world record on the back of a Titmus split that was ungodly. When she jumped in the water, Australia were more than 1.5 seconds off world-record pace. When she finished, they had set a new mark, with Titmus burning it up with a 1:52.82 split, the fastest in history, and making her the only woman to split under 1:53.00.

It is tempting to reflect on greatness after the fact but it’s far better to appreciate it when it happens right in front of you.

This is a truly golden era for Australian swimming, so it’s a little sad another strong meeting was overshadowed by a narrative out of the pool. What started as a silly little tabloid tale about Emma McKeon, Cody Simpson and Kyle Chalmers turned into a full-blown brawl in Birmingham, with Chalmers firing back hard at suggestions he was being cold towards McKeon and at the centre of a team rift.

We can all do better here; the coverage was overly aggressive and the handling by Swimming Australia clumsy at best. Time to reset and rethink.

Too many Peaky Blinders references were barely enough in Birmingham. The cult show featured everywhere in the city, including the in-venue safety messages on the big screen. Hopefully, the athletes keep an eye on their medals because we all know the Peaky Blinders gang have a knack for finding things before they are lost.

Gymnastics has endured a tough couple of years, but the young team did its country proud. Best of the lot was Georgia Godwin who won two gold medals, a host of silvers and was an incredible force of positivity despite her personal battles. 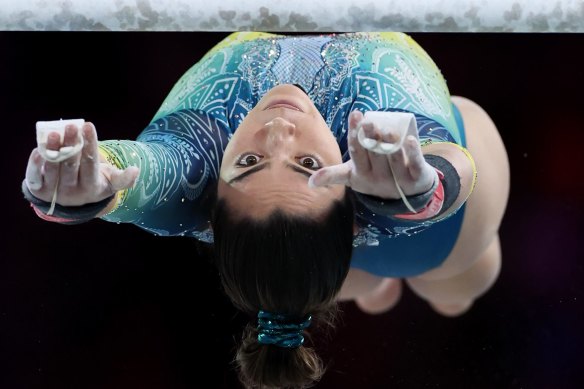 Food at big sporting events is always overpriced and under-seasoned. The worst of the lot was at the Sandwell Aquatics Centre, where the cost of a plate of sausage and chips was £9.50 (almost $20). A nearby burger van charged £6.50 for a cheeseburger.

A proud industrial city – think Newcastle or Geelong – Birmingham was a brilliant choice for the Games. Ticket sales went through the roof, and the city was teeming every day. And no one talked about COVID.

The athletics track has been brilliant: good stadium, good atmosphere and good athletics. And for those who question the quality of the fields, it has had elite performers. Rohan Browning’s first run 10.1 seconds was quality coming off a flat world championships. Nothing gets you up and about more than the 100m. Special mention for the triathlon mixed relay, that was a good event. And for the fact COVID didn’t destroy the Games.

Two of Australia’s best athletes Stewy McSweyn and Nicola Olyslagers having to pull out injured. Disappointing. McSweyn didn’t get on the track at all and Olyslagers jumped in qualifying and hurt a calf. Pity, we missed the head to head between her, as Olympics silver medallist, and new world champion Eleanor Patterson. Also, there were far too few flat caps in town for the home of Tommy and Arthur Shelby.

The Games were organised a bit like everyone else decided to come over for a party at your house and told you at the last minute, a few things were not quite ready. Transport has been patchy. Getting to the triathlon was as hard as running it. That said, the alehouses (I haven’t got to The Garrison yet) are excellent, the people are very proud of their city (which is a bit of a whipping boy for the rest of England) and the canals in the heart of town are great.