HARRY KANE moved to within one goal of Jimmy Greaves’ record Spurs tally to help see off plucky Portsmouth.

The England captain made it 265 Tottenham goals with a thumping finish at the start of the second half. 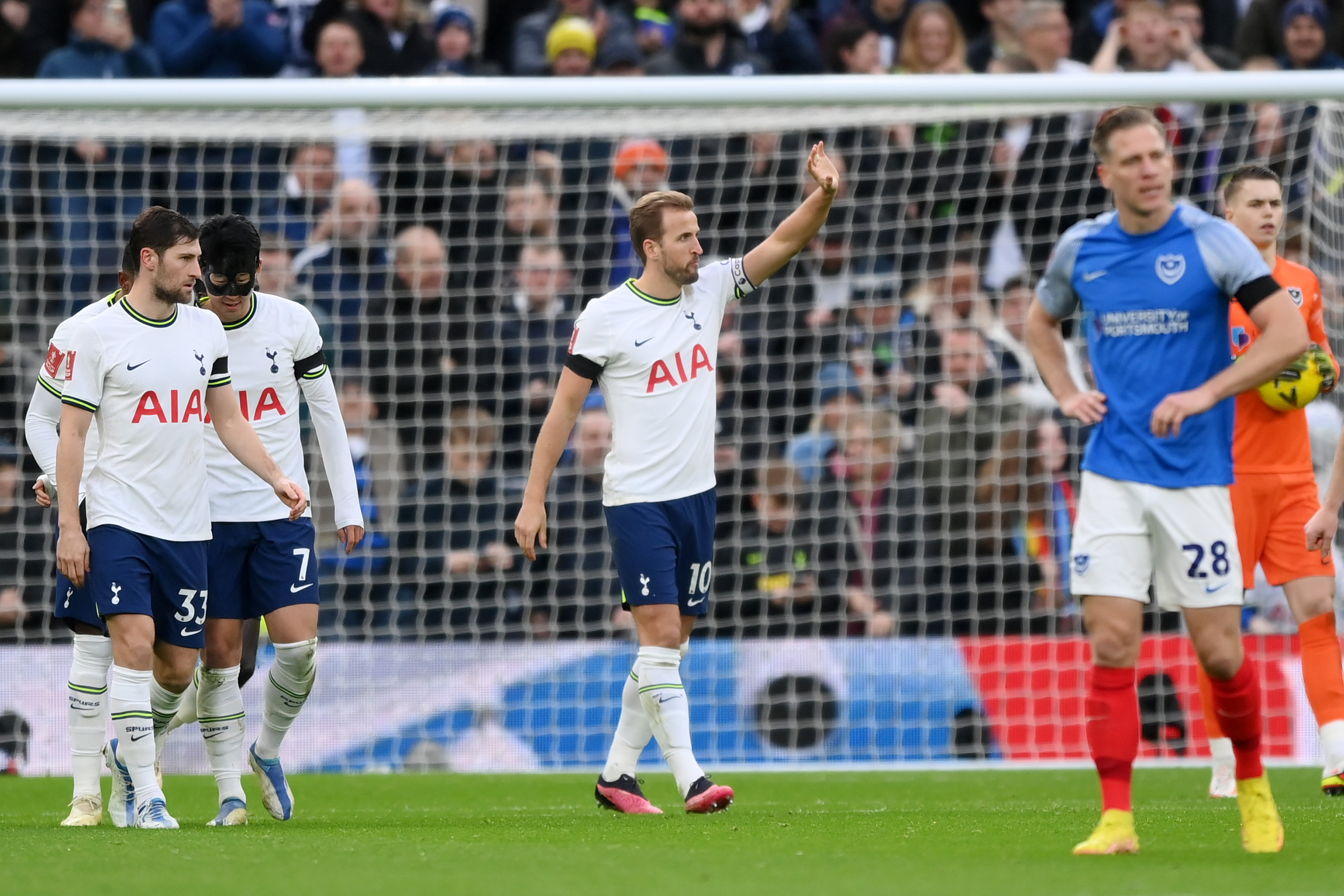 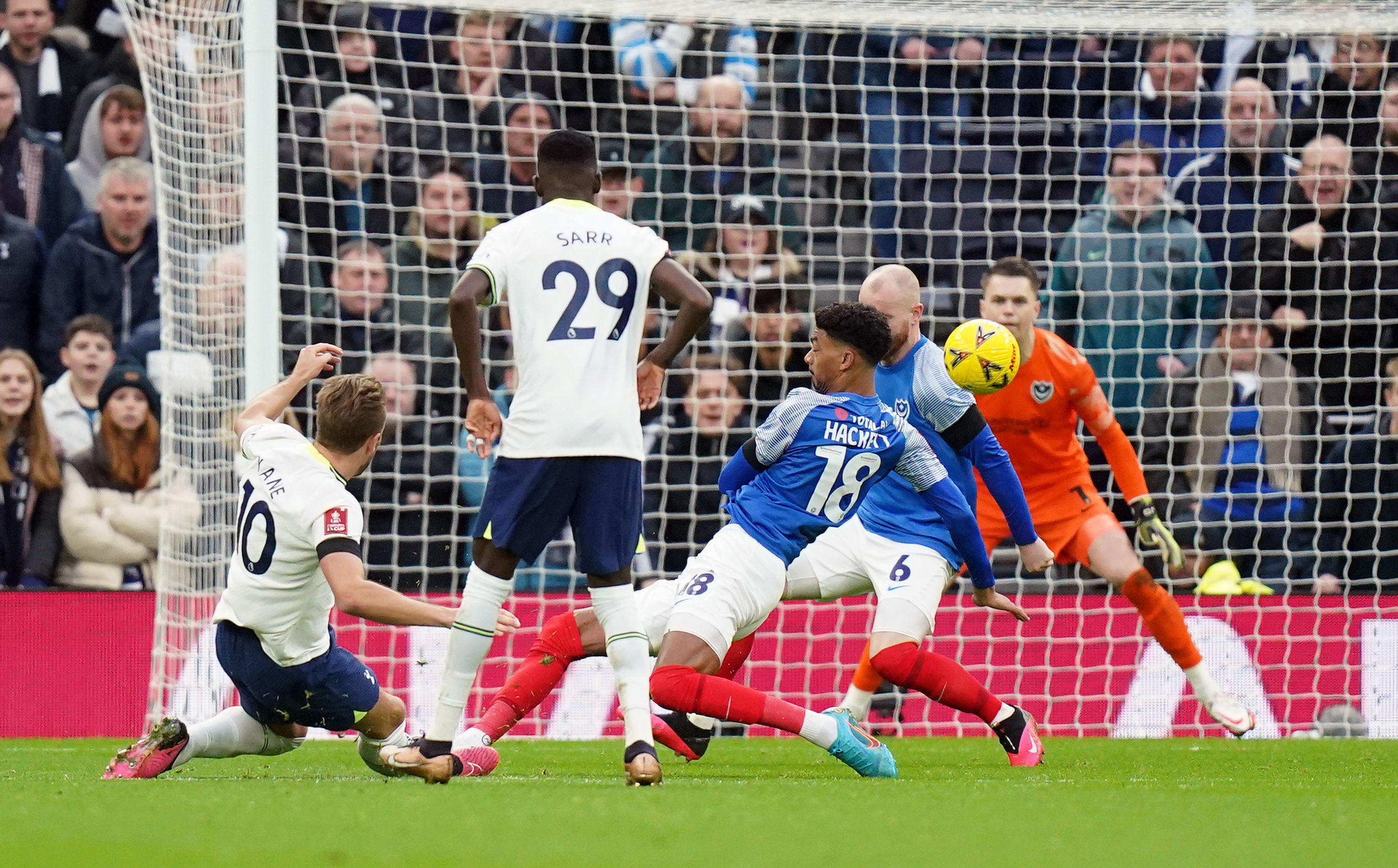 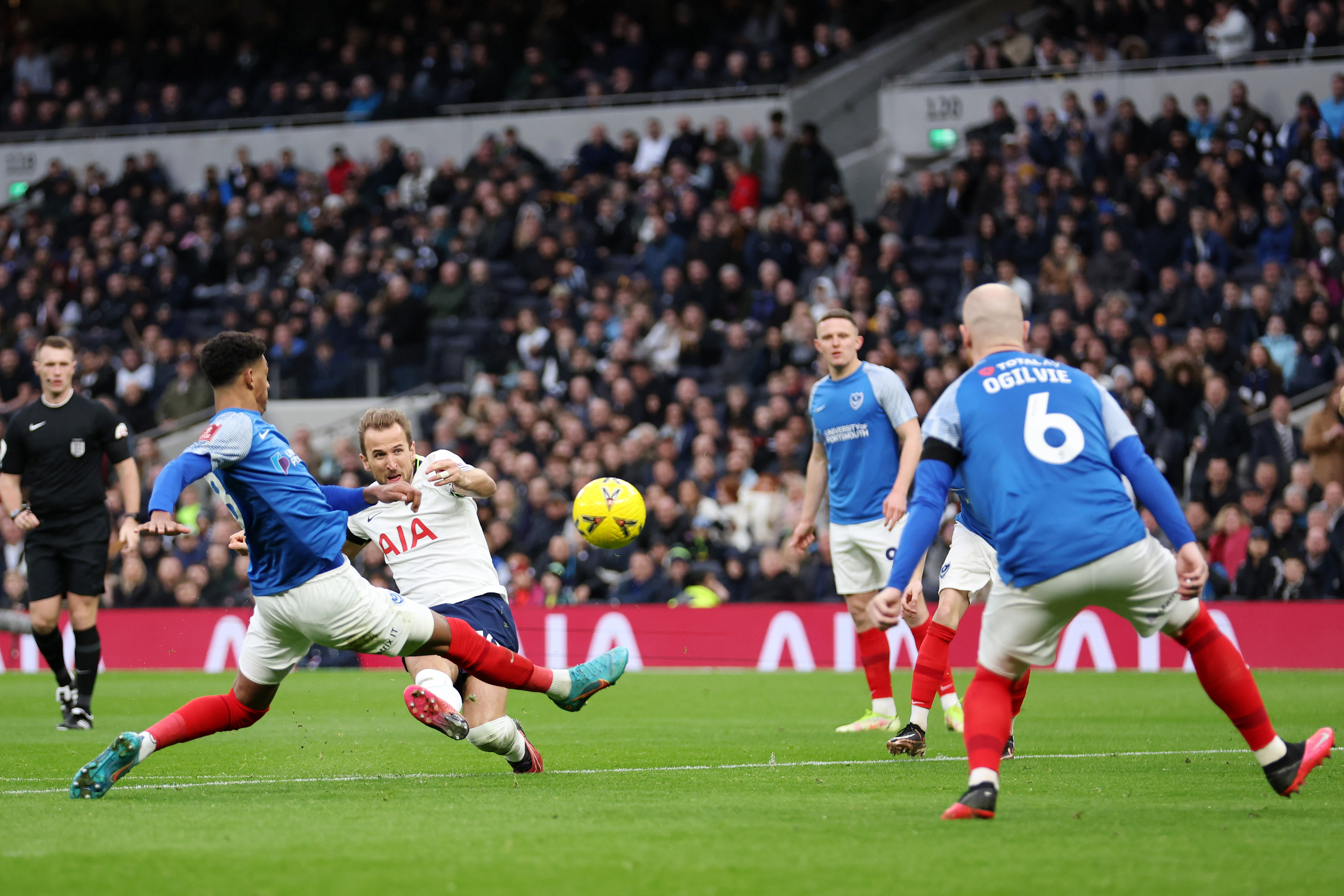 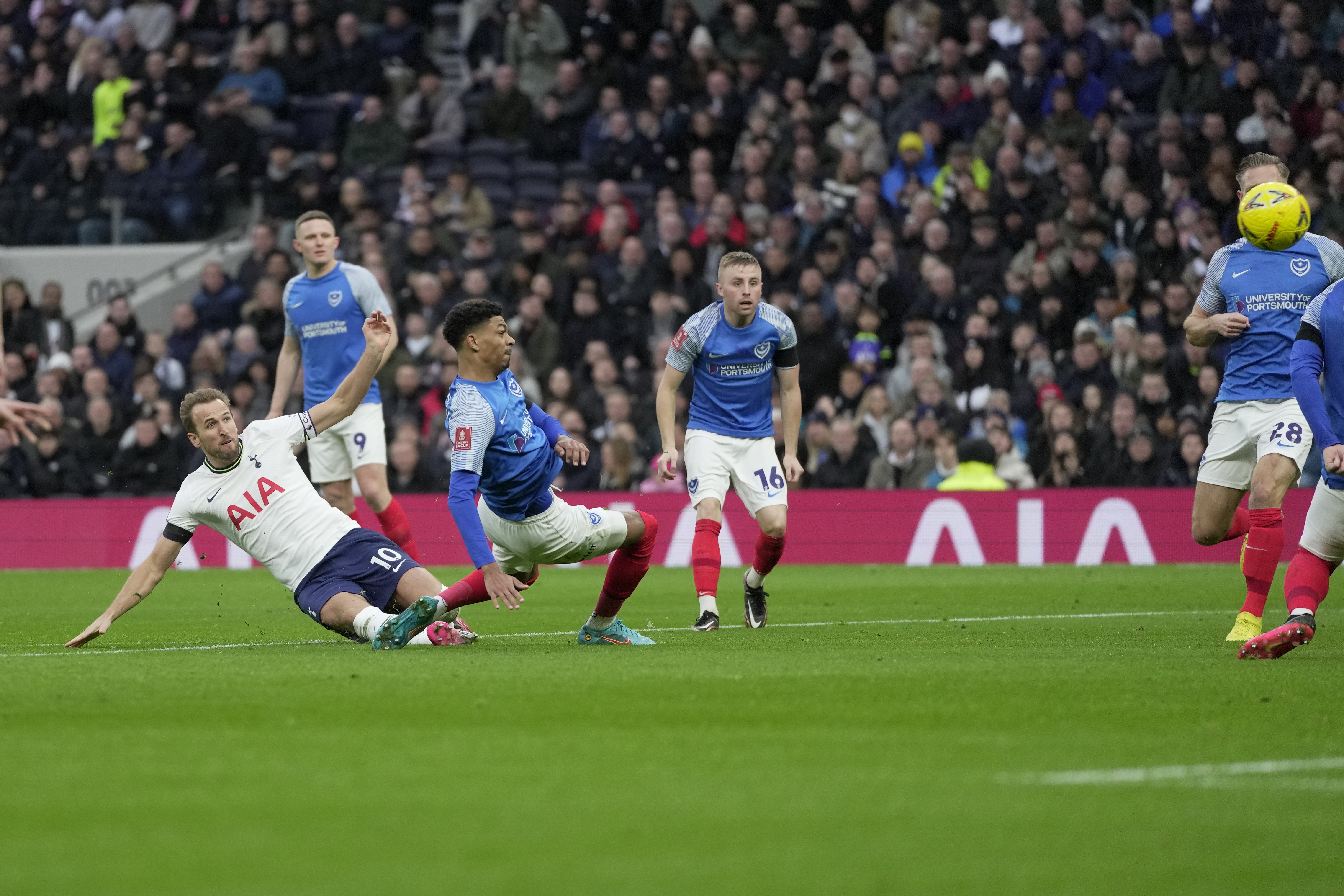 There is now a good chance that he either equals or breaks Greaves’ haul of 266 against arch-rivals Arsenal in the North London derby on January 15.

Kane has netted 14 across his career against the Gunners and will have even more motivation when Mikel Arteta’s table-toppers come across town next Sunday.

The 29-year-old was the hero here, just as he was in the 4-0 drubbing at Crystal Palace on Wednesday.

Spurs badly needed him to step up given their League One opponents, who sacked Danny Cowley on Monday, were proving stubborn in defence.

Besiktas want to terminate Dele loan, Fernandez to Chelsea could be OFF

Both sides wore black armbands in honour of the late Gianluca Vialli, who passed away on Friday aged just 58 from pancreatic cancer.

It came after Spurs put in a request to the FA that they be allowed to make the gesture due to their manager Antonio Conte’s close relationship with Vialli.

The pair played together for both Juventus and Italy in the 90s.

Conte was so upset by his friend’s death that his assistant Cristian Stellini stepped in for media duties on Friday and on matchday.

I work at Aldi – the middle aisle bargain buys coming this week, but be quick

The Spurs chief was in the dugout though and was forced into a change to his starting line-up pre kick-off when Yves Bissouma picked up a knock in the warm-up.

Tough-tackling Oliver Skipp came in for what was to be an attritional battle of a first half, where chances were rare.

The main takeaway from the first 45 was just how missed the Portsmouth fans are from the top flight of English football.

The travelling army were raucous throughout, providing a lively backdrop to what was otherwise a dull game.

They gave Spurs keeper Fraser Forster the pantomime treatment given his Southampton allegiances.

Despite their plunge down the leagues, Pompey supporters tasted major-trophy success more recently than their hosts.

They won the FA Cup in May 2008 – three months after Jonathan Woodgate’s extra-time winner sealed the League Cup for Spurs – and were finalists again two years later.

And he was in the stands to watch both of his old teams slug it out, sitting in front of Tottenham-supporting comedian Michael McIntyre.

It was managerless Pompey who had the best and only real chance of the first half. 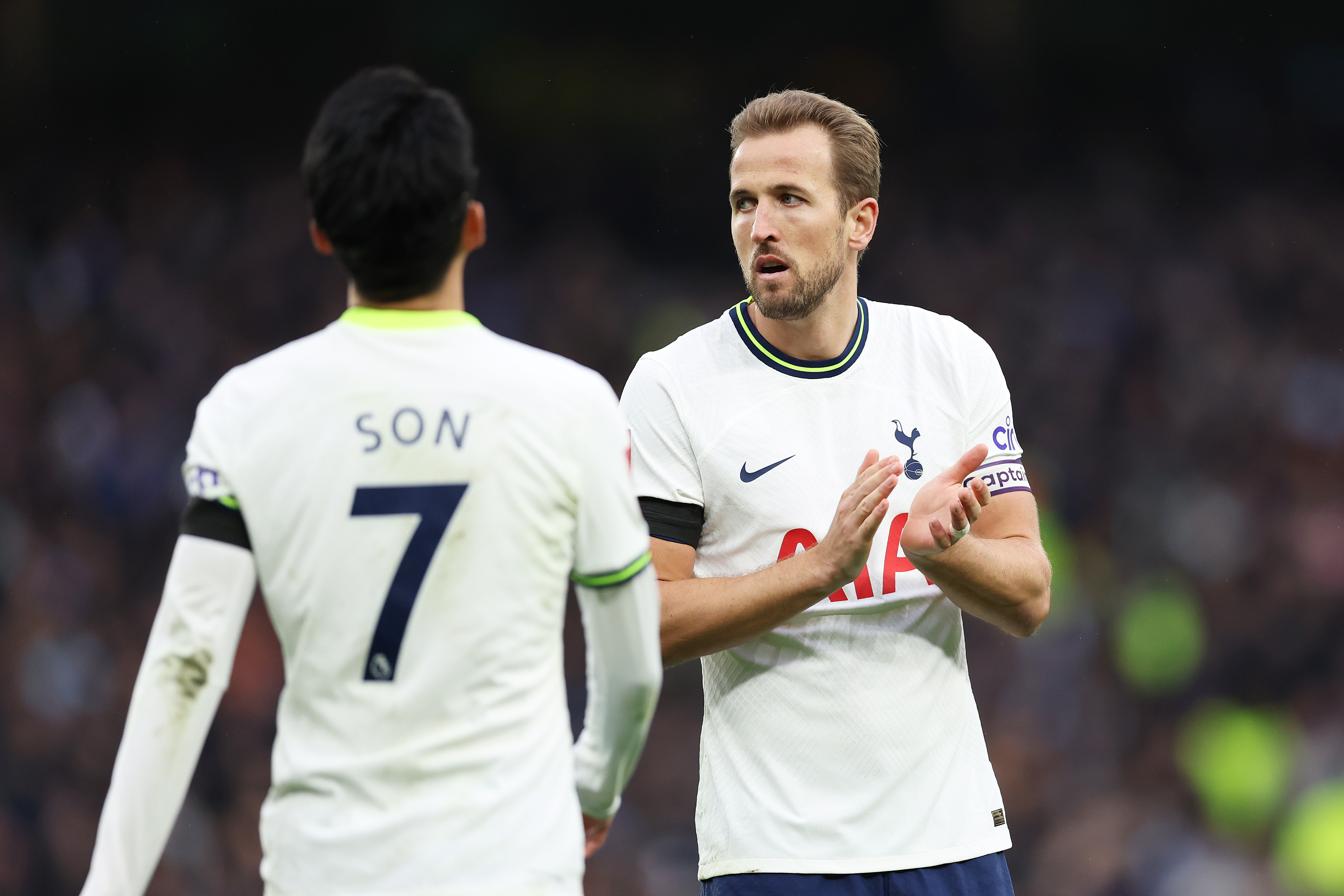 The League One side, who axed the Cowley brothers after five league games without a win, saw an acrobatic volley from Reeco Hackett-Fairchild pushed away by Forster.

Spurs’ weak first half was summed up by Kane firing a free-kick straight into the wall, making it his 50th consecutive direct effort from such a situation without a goal.

Interim boss Simon Bassey had his Pompey players well organised with ten men behind the ball and Spurs struggling to break them down.

But Conte’s men found more joy when the second period kicked off and hit the bar via Emerson Royal’s header on 49 minutes.

A minute later, they had the lead from who else but Kane.

The England captain played a neat one-two with Ryan Sessegnon on the edge of the box before curling into the far corner for Spurs goal No265.

Spurs should have doubled their lead soon after but Son smashed high and wide, before Skipp did the same when sent clean through.

Davinson Sanchez, one of eight changes from Wednesday’s 4-0 win at Palace, then put his body on the line with a strong block to deny Owen Dale.

In the end one was enough, though Bassey and his players can take a lot of pride from their diligent display.

But hard work and organisation is often not enough when you are facing Kane, who is a step closer to Tottenham immortality. 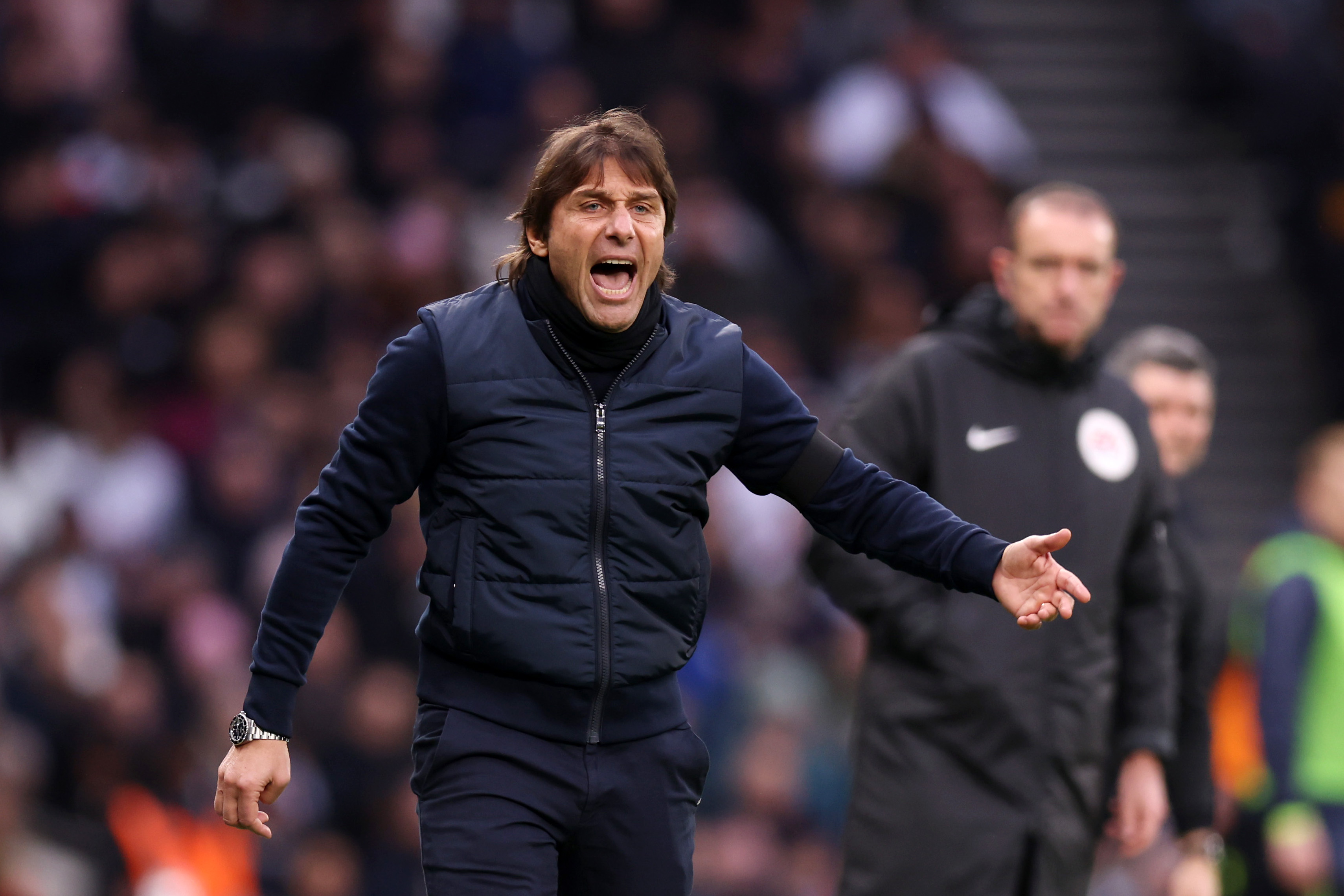