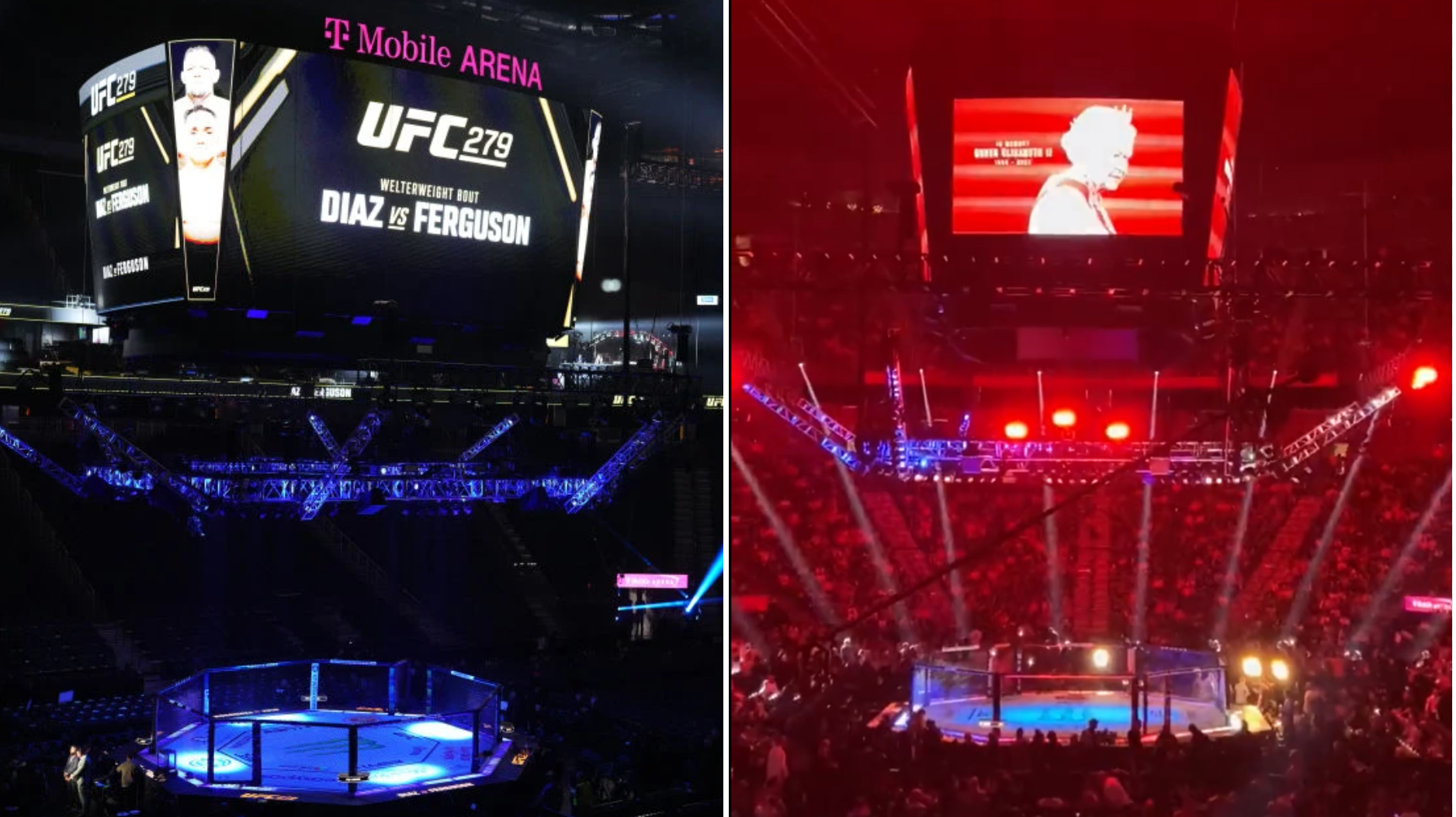 MMA fans booed a tribute for Queen Elizabeth II at UFC 279 on Saturday night before chanting ‘USA’ at the event in Las Vegas.

The American promotion paid tribute to the late head of state by displaying her image on the big screen above the cage at the 20,000 capacity T-Mobile Arena, alongside the message: ‘In memory of Queen Elizabeth 1926-2022.’

A moment of silence however was quickly interrupted by sections of fans who jeered and sparked chants of ‘USA! USA! USA!’.

Queen Elizabeth died at the age of 96 on Thursday and has been succeeded by her son Charles III as Britain’s monarch.

There were similar incidents of booing during football matches on Thursday, including Arsenal’s Europa League tie away to FC Zurich in the Swiss city.

With her passing confirmed while the teams were in first-half action, a tribute was planned for the start of the second period with a black and white photo of Her Majesty displayed on the big screen, with the referee’s whistle beginning the moment of silence.

Number 16: The horse that made the Tizzard team what they are but may be remembered for Gold Cup fall