LUCA ZIDANE'S season got off to an awful start as he was shown a red card in the 16th minute of Rayo Vallecano's return to LaLiga.

The Madrid club won promotion last season with the goalkeeper parachuted in for the LaLiga 2 play-off campaign while their regular No1 played at Euro 2020. 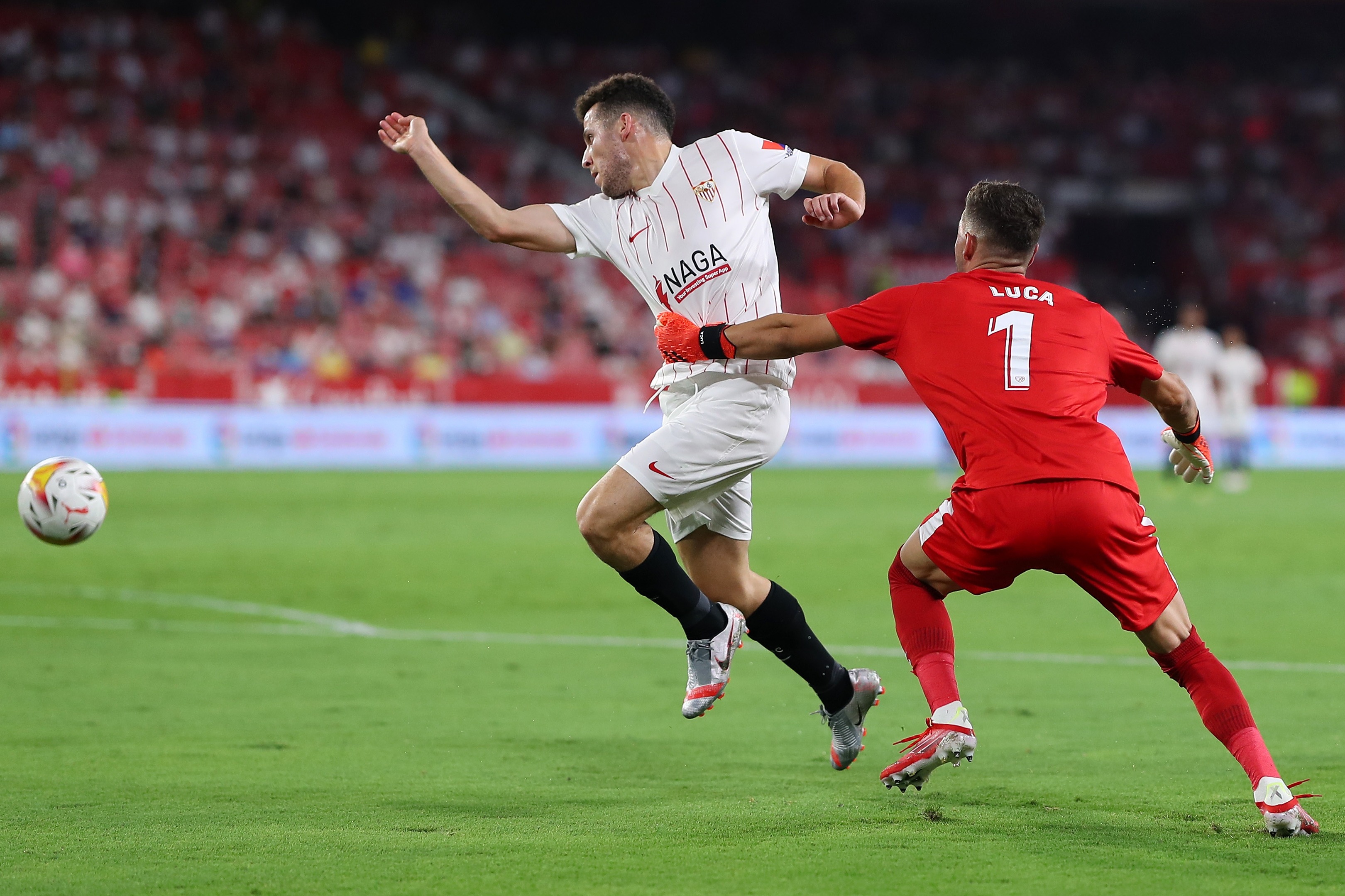 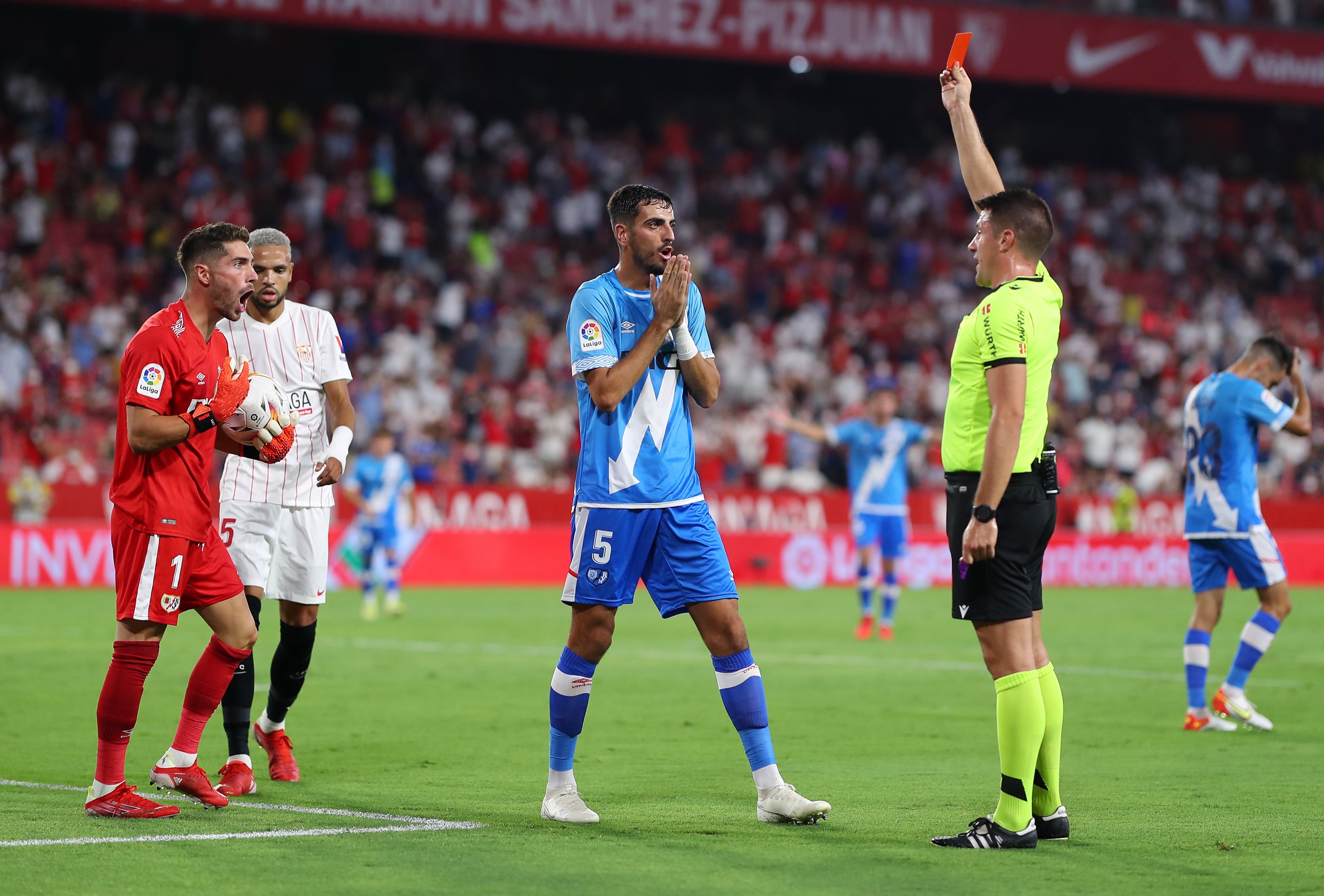 And Zidane, 23, was entrusted with the gloves for Rayo's return to the top-flight against Sevilla on Sunday.

But, in only the 16th minute, a long ball over the top caught out the Frenchman.

Oussama Idrissi was first to the pass and his control around the keeper sent him through on goal.

Zidane desperately pulled back the attacker and leapt on the ball to deny the goalscoring opportunity, and referee Isidro Diaz de Mera Escuderos pointed to the spot.

The official did not hesitate to show the red card, as the keeper had made no attempt to win the ball when dragging Idrissi back.

Rayo's woe was not done there as Youssef En-Nesyri rolled the penalty past Stole Dimitrievski – the regular shot-stopper for the newly-promoted side until he was called up to Euros duty with North Macedonia.

Erik Lamela then made it a debut to remember for himself as the ex-Tottenham winger scored twice, the first via a big deflection, to seal a 3-0 win at Estadio Ramon Sanchez Pizjuan.

Zidane, like brothers Enzo, Theo, and Elyaz, joined the Real Madrid academy as a youngster.

Dad Zinedine brought the goalkeeper into his squad for a debut in 2018 and he played again against Huesca a year later, conceding twice on both occasions.

But he was sold to Rayo in October of last year and now must wait for his next LaLiga opportunity, having incurred a three-game ban.