World’s sexiest woman Paige Spiranac stuns with sexy Halloween costume before laughing at having more followers than any other golfer: ‘This just in – men like golf and boobs’

Former professional golfer turned model Paige Spiranac has wowed her fans by sharing images of herself dressed as Street Fighter’s Cammy for Halloween.

Taking to Instagram on Tuesday, the 29-year-old who was named ‘World’s Sexiest Woman’ by Maxim this year shared three images of herself with her 3.6 million adoring followers. 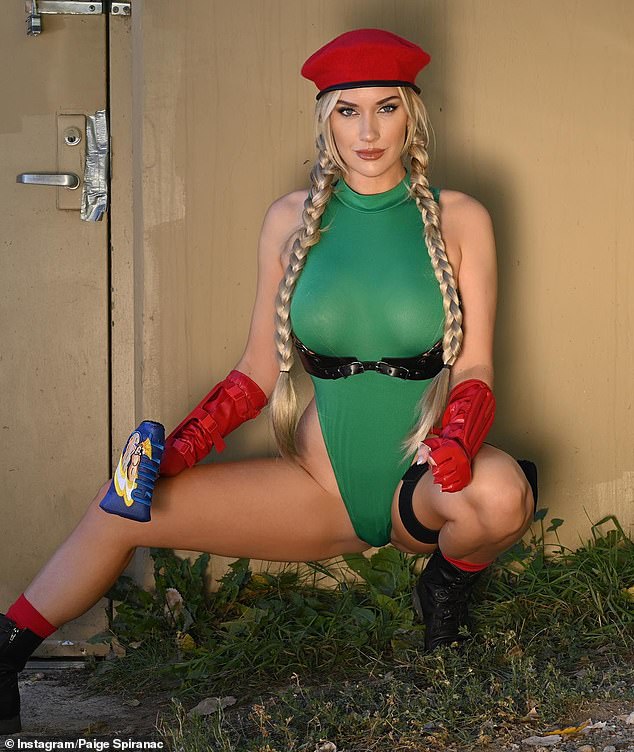 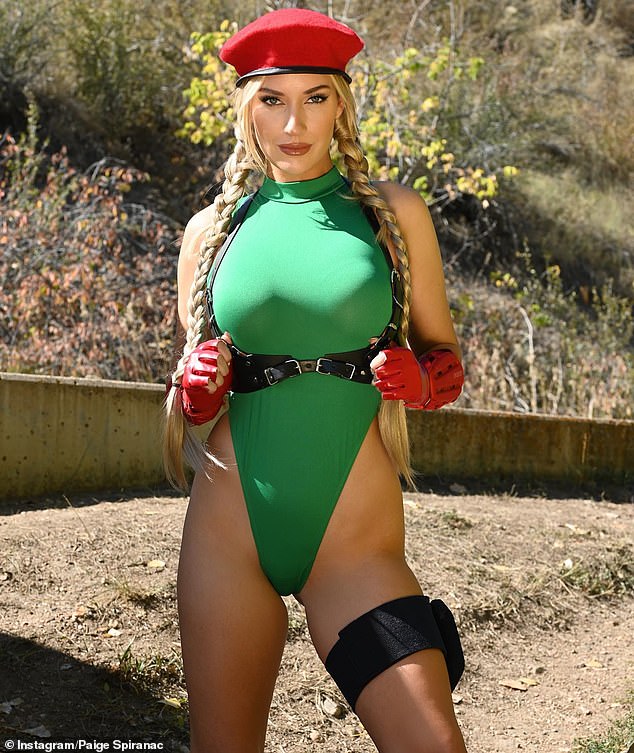 The 29-year-old, who was named ‘World’s Sexiest Woman’ by Maxim this year, shared three images of herself with her 3.6 million adoring Instagram followers

Alongside the racy photos, Spiranac wrote: ‘For the @swaggolfco Halloween Costume Contest I’ve dressed as Cammy from Street Fighter. I love their Street Fighter series so this was a no brainer.

‘Head over to @swaggolfco to see how to enter their Halloween Costume Contest! Lots of prizes on the line,’ wrote Spiranac.

Spiranac, who stopped playing competitive golf in 2016 and transitioned to a full-time career in social media, now has more followers than any other golfer – including Tiger Woods and Rory McIlroy. 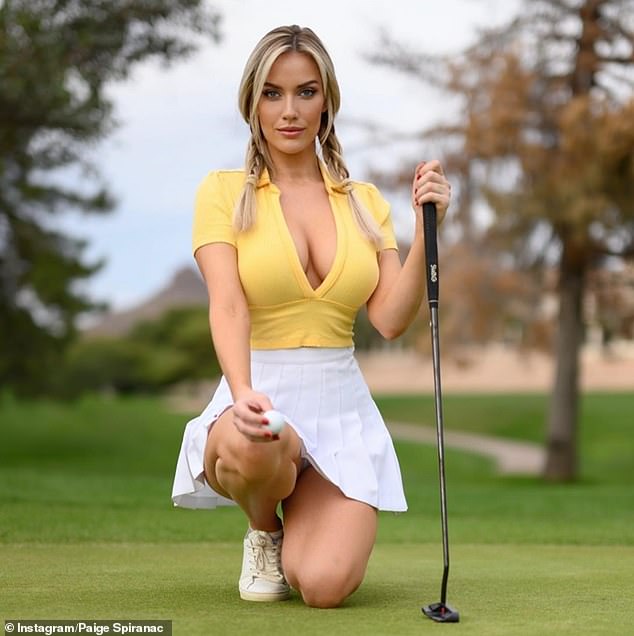 Spiranac stopped playing competitive golf in 2016 and transitioned to a full-time career in social media. She now has more followers than any other golfer – including Tiger Woods

When this was revealed recently by golfing news website Golf Magic, Spiranac gave a hilarious explanation for her popularity.

The former division one golfer at both the University of Arizona and San Diego State reportedly makes more than $18k per sponsored post on Instagram – nearly $3k more than Woods.

In 2021, she dressed as Harley Quinn for Halloween and the post was extremely well received. Her latest costume will likely be even more popular.

‘I wouldn’t do it,’ she told the Bunkered podcast when she was asked if she’d throw her lot in with the breakaway tour.

‘A lot of people are like, ‘Bulls**t, you would do it for a certain amount of money’, but I think about things and my career and, like, I wouldn’t sign up for OnlyFans because morally, it just doesn’t align with what I’m doing.

‘I could sign up today and probably make millions and millions of dollars but, for me, it’s not about the money.’ 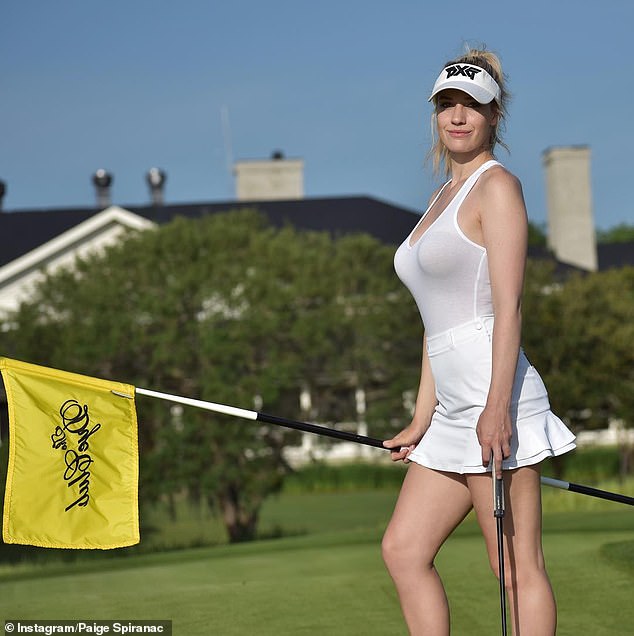 Spiranac is not a fan of LIV Golf, but she does like that players are allowed to wear shorts while playing and hopes the PGA adopts the same rule

Spiranac has been complimentary of one aspect of LIV Golf, however. Greg Norman has allowed players to wear shorts on the tour and Spiranac hopes that the PGA will soon do the same.

Zlatan Ibrahimovic fires back at LeBron James: 'Sports and politics are 2 different categories'