The Lord of the Rings: The Rings of Power trailer from Amazon

The Lord of the Rings: The Rings of Power season one has almost come to an end on Amazon Prime Video and there are still plenty of questions to be answered. One of the episodes introduced a mysterious being dressed in a white cloak, who appeared to be searching for the man who fell from the sky. Fans have come up with ideas for who they think the eerie Dweller (played by Bridie Sisson) could be.

Who is The Dweller in Rings of Power?

Sauron was once known as Annatar and some viewers believe The Dweller could be one of his followers.

Taking to Reddit, AndrogynousRain said: “I think they’re servants of Annatar who is already at work in Eregion.

“And I think he knows the Stranger is something sent from Aman to resist him, and the show is trying to make you think the stranger is evil when he’s not and these cultists are tracking him at Annatar’s comman. Or, at least, the Stranger is not yet evil anyway.”

There are plenty of fans who think Sauron and The Dweller are connected somehow, as the Eye of Sauron appeared to be on The Dweller’s staff.

There has been some confusion over whether The Dweller is a man or a woman, but the character is in fact female. 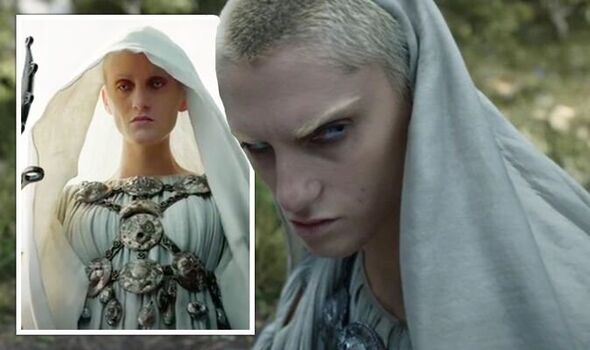 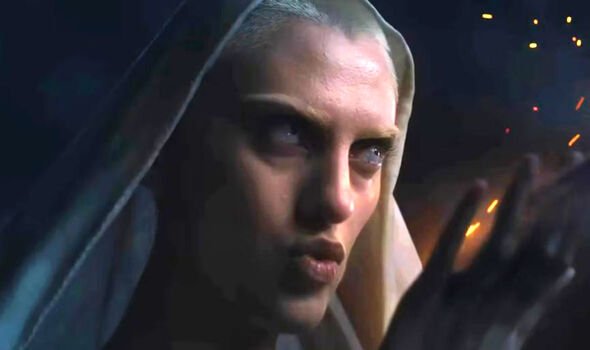 A worshipper of The Stranger

Viewers are still waiting to find out whether The Stranger (Daniel Weyman) is good or bad after he fell from the sky.

Cardueline suggested The Dweller is tracking The Stranger not to hurt him, but because he is something they worship.

The Reddit user said: “They will find him and he will be tempted by the prospect of understanding his purpose, they might even give him a bath and a fancy matching white outfit so we can see him giving us shades of Saruman and be swayed back to thinking he’s evil.

“Thanks to what he’s learned from the Harfoots, he’ll come to realize the intentions of the ladies in white are perilous and not good and he will reject them and come back to the charming hobbitses and I’ll cry about it.” [Sic] 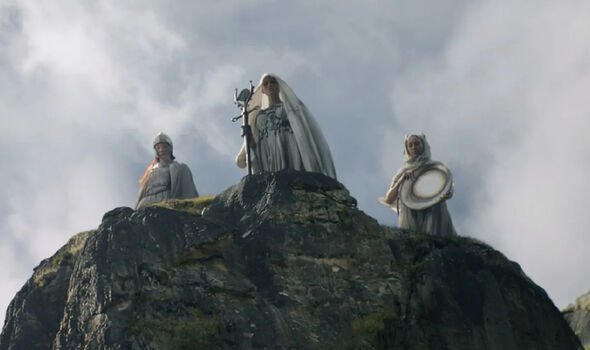 There are some fans who think The Dweller is a new embodiment of Sauron himself.

Sauron disguised himself as an elf before tricking Celebrimbor into forging the rings of power, so viewers think The Dweller could be a pseudonym he is using to disguise himself.

A female Sauron would certainly make viewers’ jaws drop and it should not necessarily be ruled out.

The show’s executive producer, Lindsey Weber, seemed to indicate there was some connection between The Dweller and The Dark Lord.

Speaking to TIME, she said: “We thought fans might like to know that her character is travelling from far to the east — from the lands of Rhûn…” 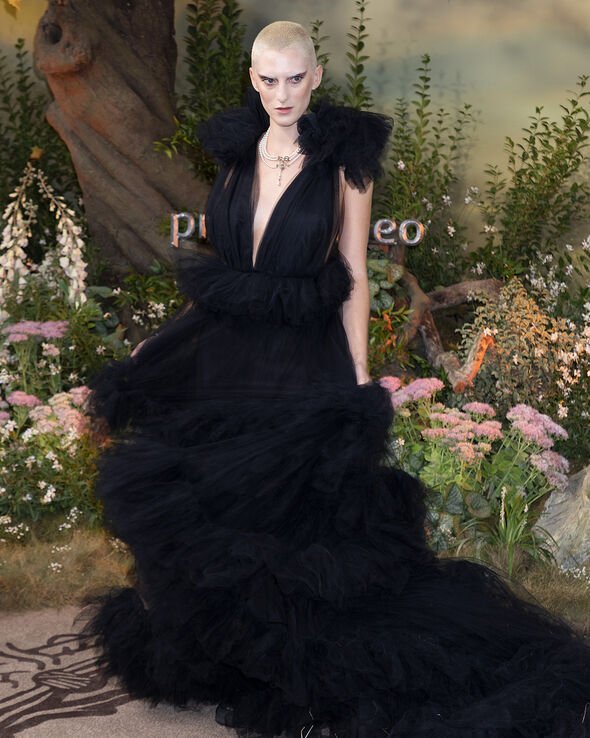 Rhûn is to the east of Middle-earth and it is where Sauron spent some time rallying support from the Easterlings who lived there.

Easterlings were a human race that followed Morgoth during the war between elves and men.

The new character’s intentions are logical for someone like Sauron as they have been investigating The Stranger’s arrival.

Den of Geek said: “The Wizards were sent to Middle-earth to combat Sauron, so it makes perfect sense that Sauron would follow the path of the comet seen in the first episode if he suspected one of them had arrived, to find out what was going on, who had been sent, and whether they were likely to pose a threat to him.”

The Dweller is played by New Zealand actress Bridie Sisson, who played Gracie Stevens in the series Shortland Street.

She has also starred in The Justice of Bunny King, Touch Wood and Cowboy Bebop.

The star confirmed her role as The Dweller on her Instagram account and shared photos after she attended the premiere.

She said: “If you told me two years ago I’d be part of this I would have laughed… I still low-key do.

“Thank you @amazonstudios Thank you Tolkien fans who I met last night, you made my night!”

The Lord of the Rings: The Rings of Power airs on Fridays on Amazon Prime Video

Spoilers: Karen drops a bombshell on Sharon over Dennis in EastEnders