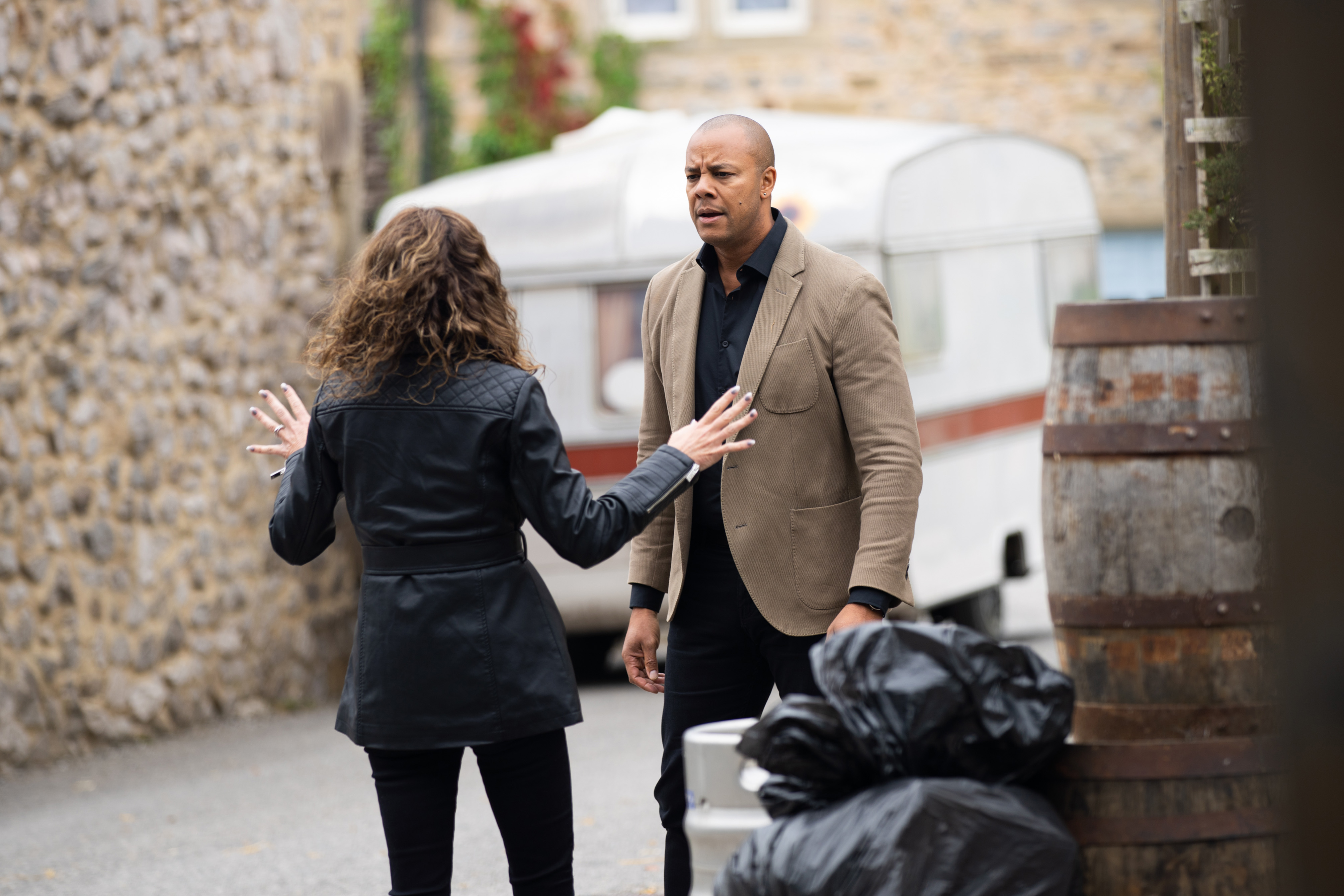 Al Chapman could be set to meet a shocking end in Emmerdale, in the wake of Michael Wildman having quit his role after three years.

The actor, who portrays Al Chapman on the ITV soap, will bow out in upcoming scenes in a bid to pursue other acting opportunities.

Emmerdale fans had wondered if Michael was leaching the show, after it was revealed that he would be taking part in a winter panto production of Aladdin.

Traditionally, it is not known for ITV soap stars to perform in panto while filming, and thus some thought the announcement was confirmation that Michael would inevitably have wrapped up filming by the festive season.

A new report in The Sun claims that Michael will depart Emmerdale in upcoming scenes, with a source telling the publication that he has ‘really enjoyed’ his time on the serial drama.

‘Michael has really enjoyed his time at Emmerdale but it’s the right thing to move on,’ they said.

‘He’s had some massive storylines but all good things must come to an end.’

The question, no doubt, on fans’ lips now is just how exactly Al will depart the show?

The character, who debuted in 2019, has become one of the Emmerdale’s most discussed, with his scheming, lying and cheating ways putting him at odds with a number of the eponymous village’s most-loved mainstays.

From tearing Marlon (Mark Charnock) and wife Jessie (Sandra Marvin) apart, to attempting to blow up the Woolpack for financial gain, Al has been at the centre of some incredibly huge storylines.

His ongoing affair with Chas Dingle (Lucy Pargeter), however, remains his most contentious, with viewers having strong feelings about both parties’ cheating ways.

The narrative in question reaches a shocking climax next week, as Chas’ brother Cain – who considers Al his mortal enemy – uncovers the affair!

The mechanic subsequently sets a trap for Al, as he lures him to a barn where he holds him at gunpoint! The hard-man reveals his utter contempt at Chas for what she’s done, while Al remains level-headed – until the two begin to brawl!

A gunshot rings out, but will Al end up being the one shot? Is this perhaps how Michael will leave the show? Only time will tell.

What happened to Michael Shea? Where is he now? The Crown fact-checked

Love Is Blind: How long does it take to fall in love? Dating expert reveals her secrets