Below Deck: Captain Lee says he would not have Danny back

Lee Rosbach, also known as Captain Lee to Below Deck fans joined Alison Hammond and Dermot O’Leary on Friday’s This Morning. The star of the hit American TV series, which has a successful Mediterranean spin-off, spoke about his illustrious yachting career which spans two decades as well as the drama which unfolds onboard the luxury boats. Presenter Alison was keen to know whether a star from season one of Below Deck Med could ever make a return and Lee, who hasn’t appeared in that version of the show, ruled it out.

Alison began: “You can tell, you don’t take no rubbish whatsoever. For anybody out there, and if you haven’t watched this show, why not? It’s amazing.

“Can you explain to everyone what it’s all about? It is a reality TV show, can you tell us all about it?”

Lee replied: “I think Below Deck would be best described as the Downton Abbey that floats but without the British accents.”

“That’s such a great way of putting it,” the host continued. “I do notice sometimes that’s the first time on that clip when you’ve shown your face when the staff are getting really out of hand – normally, we don’t see you. 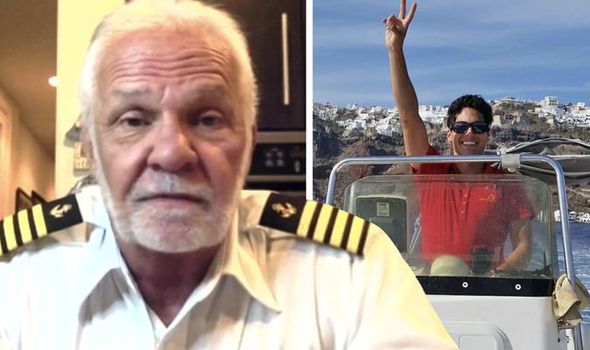 “No I’m not, I get to see the edited version when everybody else does,” Lee said. “A lot of things come as a total surprise to me, a total shock and let’s say there’s some instances where I’m less than pleased.”

“Captain, how did you get involved with the show?” Dermot asked. “You never auditioned for it, and you’re from Michigan which is a landlocked state in America.”

“I didn’t lay eyes on the ocean until I was 35 and the way I got onto Below Deck was accidental,” the guest explained.

“I was captaining a boat and my boss called me up and says ‘Guess what, we’ve got a TV show that wants to charter the boat for six to eight weeks, you don’t have to do anything, you just have to take the boat down, drop it off, they’ve got their own captain and crew, all you have to do is show up, lay on the beach for the next six weeks and collect double pay.’

“I thought ‘I’m all in!’ Bring the wife down, lay on the beach, check on the boat every third or fourth day, I’m golden! 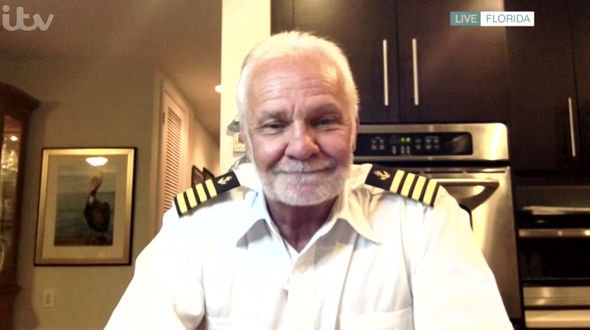 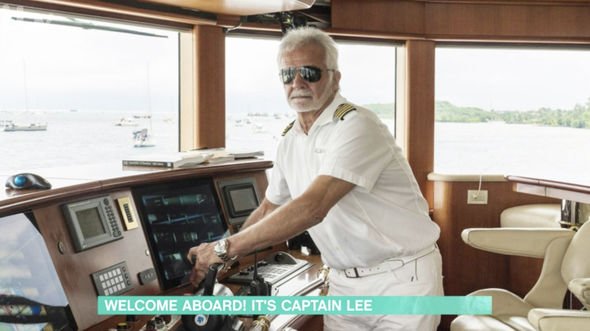 “So we started the gig and for one reason or another, the captain they had hired couldn’t fulfil his responsibilities, so they said ‘We’re really close to shooting, what do we do?’ So they said ‘Let’s use the old guy!’”

“On reflection, are you glad you took part? How many seasons have you done now?” Alison wondered.

“I’ve completed eight and hopefully there will be more to come,” Lee said. “I really enjoy it, I work with a great group of people, it really gave me an insight into how much work actually goes into this.”

It’s funny though, because people are making a TV show around you, and you’re one of the stars in the show. But you have a role, you’re the Captain of a ship. How do you find the time to get everything done when you’re there, can you keep focused?” Dermot questioned. 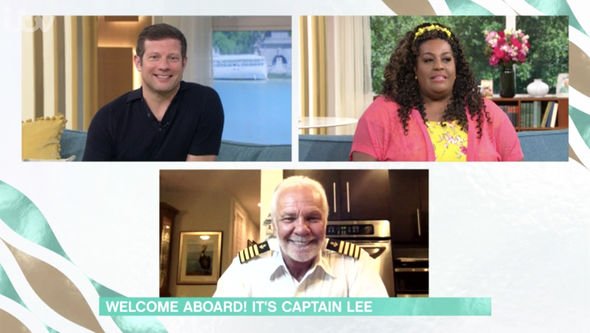 Lee revealed: “You do have to have two jobs. The way I do it; I don’t run my ship any different than I have for the last 25 or 30 years, it’s the same the only difference is I’m getting filmed. To me the cameras aren’t even there, if they stay out of my way, which they do very, very well, they’re extremely cooperative, I have a great relationship with all the production crew.

“And we’ve pretty much worked the kinks out.”

“You’ve got to take it seriously as the captain,” Alison commented. “I was wondering, you have some really eccentric guests onboard, is there any that stick in your mind at all?”

“Dolores comes to mind,” Lee replied. “Dolores, she was the one in your clip who decided to take the drunken midnight swim. I was hot to say the least.”

As for what Lee thinks the secret to the show’s success is, he told This Morning: “I think it gives everyone a glimpse into a little bit of the lifestyle of the rich and famous.

“It gives everyone a glimpse vicariously into exotic locations and yachts that 99.9 percent of the world will never get to see, go onboard or experience.”

Alison asked: “Do you find sometimes the clients play up to the cameras?” And Lee said: “Sometimes they think they wear the producer hat.”

Dermot then asked whether Lee was still in touch with former Chief Stewardess Kate and he said he and his wife spoke with her “once a week or so”.

“And what about Danny [Zureikat]?” Alison interrupted. “He was in the first season [of Below Deck Med], he was literally car crash, he got everything wrong. Could he ever come back?”

“I think Danny was on Below Deck Med,” Lee said. “But no, I wouldn’t have Danny on my team.”

Below Deck and Below Deck Mediterranean are available to stream and download on hayu. This Morning airs weekdays at 10am on ITV.