Bloodlands first aired back in 2021 from writer Tom Brandon and produced by Line of Duty’s Jed Mercurio, which kept viewers gripped until the very end. Season one followed Nesbitt’s Northern Irish police detective Brannick after he was tasked with tracking down a hitman known only as ‘Goliath’, who was active again after 20 years lying dormant. However, fans were hit with a killer twist when it transpired Brannick was actually Goliath and was desperately trying to keep his true identity under wraps.

Season two will pick up with a new case after another murder occurs with the police not just looking for the killer but also a stash of gold belonging to Goliath.

Speaking to media including Express.co.uk at a recent Q&A with the Royal Television Society, the 57-year-old actor said it was tough shooting some of his scenes with his co-stars Lorcan Cranitch, Chris Walley, and Charlene McKenna, who play fellow police officers Jackie Twomey, ‘Birdy’, and Niamh McGovern respectively.

Nesbitt said: “Because of who Tom is, I find those scenes very painful because of his lies, his duplicity.

“His manipulation of them is very [much] going against what he and the force stand for and you know having really in a sense sold his soul.” 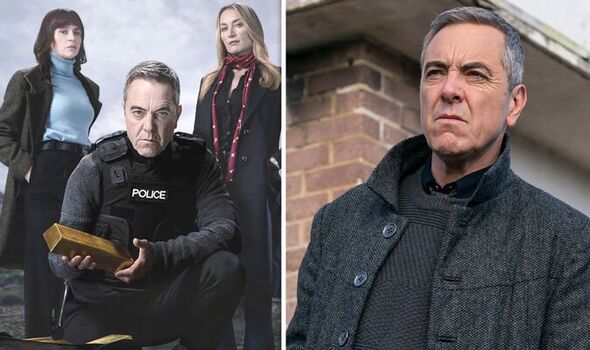 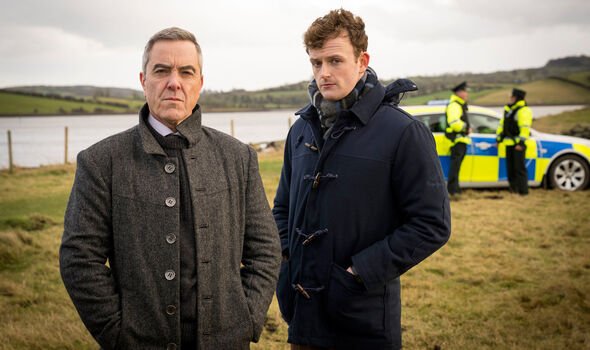 He went on to say: “I think he projects a lot of his self-hatred and loathing onto them a lot of the time.

“But with Charlene, I think he feels a lot with Niamh’s character because she’s got such soulful eyes that pierce and go into him.

“I think that he always hates that at times she’s looking into his darkness and the soul and I think he flinches from that.”

Nesbitt said Tom had “such different stories” and relationships with each of these characters. 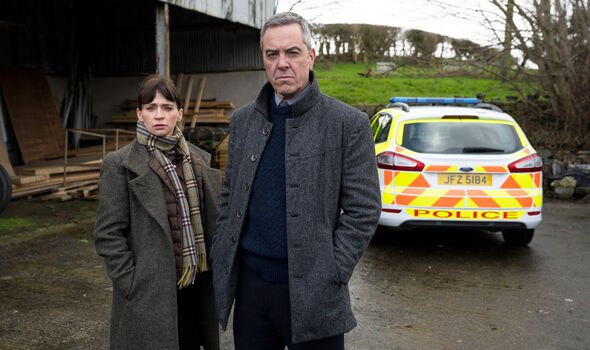 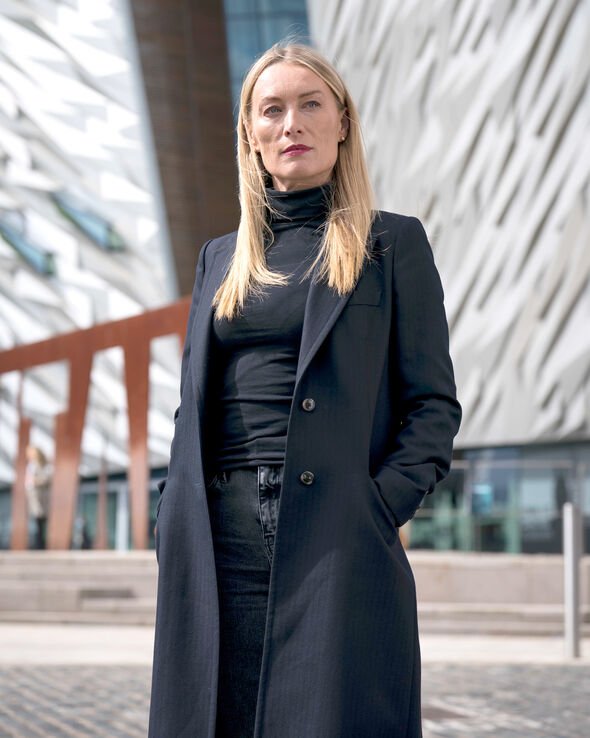 Adding: “But to have to manipulate them all the time it’s demanding. It’s great that you’re put in that position because it’s easier to find than the betrayals and the treachery.”

However, Nesbitt said the “most painful” part of playing Brannick was how he deceives his daughter Izzy (played by Lola Petticrew).

The star explained: “The journey that Tom has with Izzy is the most painful in a way I’ve ever been asked to play and Lola is just an extraordinary performer actually, incredibly truthful, simple and pure but never not without an enormous amount of thought.

“I mean they are an incredible artist to work with and to have them as my daughter is just something… that’s the most painful thing to play now.”

The new series introduces the enigmatic figure of Olivia Foyle portrayed by Victoria Smurfit, who will cross paths with Brannick and his team during the course of their investigation into Goliath’s gold.

Olivia is a mercurial figure and appears to be just as slippery as Brannick with both characters keeping their cards close to their chests.

Smurfit and Nesbitt worked together on Cold Feet back in 2000 with Bloodlands reuniting the two stars after two decades.

Nesbitt said: “We worked together on a very different show a very long time ago, but funny enough we had chemistry then when we were young.”

He continued: “I think the chemistry was still there. It was just almost painful at times because she bested Tom quite a bit.”

Olivia’s own duplicity and machiavellian ways threw Brannick off with Nesbitt wondering how his character would deal with her because he wasn’t used to handling someone like this.

Nesbitt said: “I think she was incredibly disarming, sexy, intelligent, frightening, cold. All the things – I think she demonstrated to him a lot things that exist in him that he didn’t want to admit.

“I also think that she prodded his vulnerability at times and actually that really weakens you.”

Bloodlands season 2 starts tomorrow on BBC One at 9pm

Seth Rogen Says a Pineapple Express Sequel Was Turned Down by Studio: It's a 'Weird Thing'