Billy (played by Daniel Brocklebank) has let personal matters of the heart cloud his judgement in recent weeks on Coronation Street following the return of his ex-boyfriend, Todd Grimshaw (Gareth Pierce). However, it was his current lover Paul (Peter Ash) who told the vicar he shouldn’t let his past have an impact on his future and urged him to interview for the role of an archdeacon. Unfortunately, it seems it is the churchgoer’s partner who jeopardises everything when the Underworld Factory worker ends up making a drunken mistake in front of the bishop on the ITV soap.

The drama kicks off next week when a nervous Billy tells Eileen Grimshaw (Sue Cleaver) and Nina Lucas (Mollie Gallagher) the bishop is going to be paying him a visit.

He tells his friends this meeting will determine whether he will secure the role and promotion of archdeacon.

At the same time, Paul discovers Todd has been appointed in a management role at the factory and is left seething over the fact he will be working with his love rival.

Noticing the tension between the pair, Sarah Platt (Tina O’Brien) organises a curry night at Speed Daal for the whole team.

In order to boost morale, the factory workers are split into two teams to take part in a quiz, but the vicar’s partner starts to drink himself into oblivion. 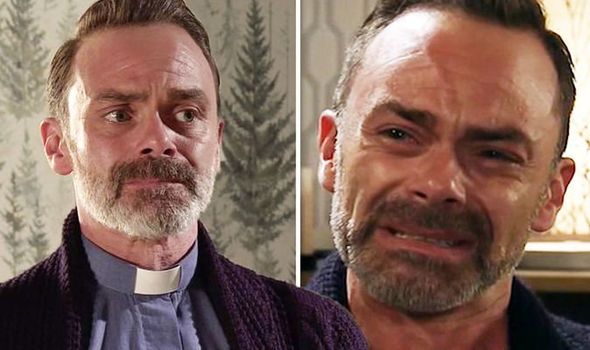 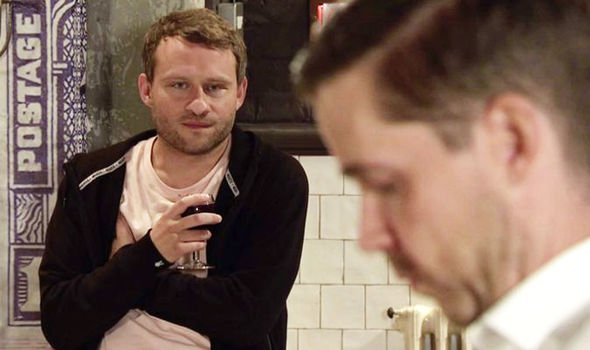 As Paul’s hatred for Todd builds, over at the flat, the bishop tells Billy he has been appointed as the new archdeacon.

However, the night takes a turn for the worse when the drunken factory worker returns home and makes a fool of both himself and his partner in front of the senior church figure.

The bishop makes a swift exit, leaving the vicar to wonder if he still has a job or should start looking elsewhere.

When the next day arrives, the archdeacon’s partner is feeling worse for wear and starts scouring the job pages of the newspaper, insistent he will not to work with Todd. 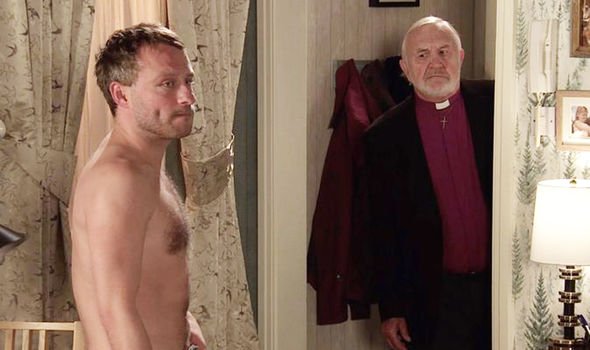 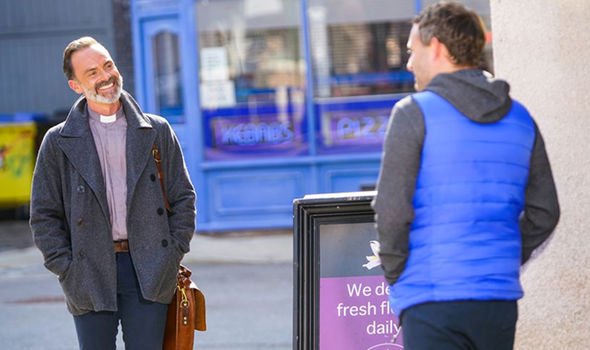 Trying to be supportive but also worried about his own job, the vicar tells his boyfriend to not give into Todd’s mind games.

After stewing for hours about his own career, Billy is relieved when the bishop calls and tells him he can still take up his new role.

Paul is over-the-moon for his lover and soon return to the factory as he’s determined not to let anyone push him out.

Though, heartache could soon be on the horizon for the couple if the bishop has another plan up his sleeve.

Billy’s very excited by it

Having witnessed Paul’s drunken behaviour, the bishop might be cautious of whether Billy has it in him to take on the role of an archdeacon.

As a result, he could be keeping a very close eye on the vicar and if he puts one foot out of line, he could be struck off.

Therefore, the factory worker’s vendetta against Todd could have really jeopardised his boyfriend’s position within the church.

“He is worried that he does not have time to split between this consuming job and Paul and Summer,” the soap star added.

“He flits between absolutely wanting to go for it and then not because of everything that is going on,” Daniel explained.

With Billy having his own reservations about taking on the role in the first place but having come around to the idea of being archdeacon, could he be devastated if he ends up losing the job?

Could this lead to a split for Billy and Paul if the later’s drunken antics have such severe consequences?