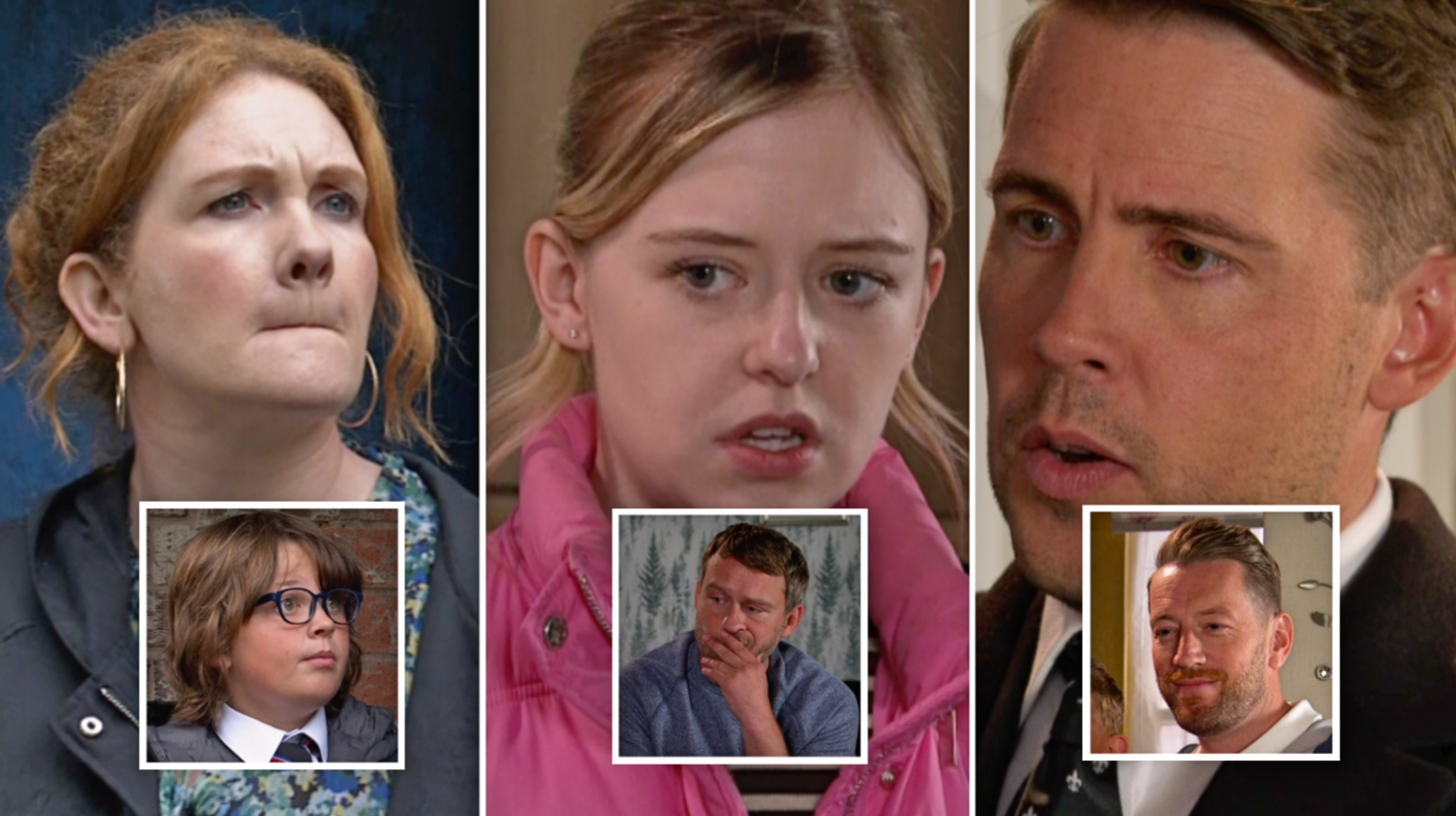 It’s shaping up to be another interesting week in Coronation Street, as secrets are revealed and a huge showdown is had.

Fiz Stape clashes with Nick Tilsley over the Sam Blakeman’s support of Hope amid the ongoing John Stape saga, but her actions ultimately backfire.

Summer Spellman, meanwhile, is forced to explain herself when Todd Grimshaw, Billy Mayhew and Paul Foreman grow concerned about her well-being.

And elsewhere on the street, Todd makes another interesting discovery, one which could change everything.

Excited for what’s to come?

We thought you might be, and thus we’ve got three little treats to tide you over until our next visit to the cobbles, previewing all of the above events.

The fallout of this week’s developments, as ever, continue into the next, and with so many questions left unanswered, here are some brand new spoiler clips to keep you entertained.

Sean is getting ready for an evening out with Laurence and Dylan, and he asks Todd to take a photo of them. Todd does as he’s asked, but when the photo doesn’t turn out quite how Sean was hoping he’s tasked with doing it again, only this one on Laurence’s phone.

Todd, however, receives a huge shock when a photo memory pop up on Laurence’s phone reveals that he’s married!

But is all as it seems?

Hope is left upset over comments from classmates relating to the newspaper article about John Stape, so Sam offers her support.

Fiz finds the children in Victoria Gardens, and she’s quick to berate Sam for not bringing Hope home, attempting to suggest that poor Sam was to blame for the whole thing.

Nick gets involved and tells Fiz to stop shouting at his son, informing her that it’s more likely Hope that suggested Sam leave school – not the other way around.

Concerned about Summer, Billy, Todd and Paul stage an intervention to find out if she’s relapsed.

Summer is less than pleased to find the trio waiting for her when she returns home, but will she open up about what’s really going on?

As PTA’s New Film Circles Move to MGM, What We Know About His Ninth Feature

With 'Coastal Elites,' Paul Rudnick Reminds Us Why Comedy Is the Great Leveler