EASTENDERS star Luisa Bradshaw-White has hinted that Tina Carter is alive with a cryptic Instagram post about going to work.

GRAY Atkins claimed his second victim in the form of Tina at the end of last year after she discovered the truth about his wife Chantelle. But fans are convinced she isn’t really dead. Here’s the lowdown on her 'return' storyline…

Is Tina alive in EastEnders?

Fans were sent into a tizzy this week as murdered Tina seemed to return from the dead as she was spotted shoplifting in London by the police.

On top of this, Luisa Bradshaw-White recently fuelled speculation that Tina is alive with a cryptic Instagram post about heading to work.

Earlier this week, the star posted a selfie in the back of a car with the caption: "Got dressed. Put makeup on. Went to work. Yippee!!! 🥳🥳🥳".

Luisa is yet to announce details of any new projects lined up for 2021, and fans were left convinced it meant she'd be returning to EastEnders.

Another echoed: "DID SHE JUST OUT EASTENDERS"

To add to fans’ suspicions, EastEnders’ Annette Badland recently fuelled the rumours that Tina is alive.

The actress tweeted a clip of the Carter family in the Queen Vic from years and captioned the tweet: “Faaaaaaamily!”

A fan of the soap replied to the tweet: "What a character Aunt Babe was, hopefully a return is imminent! Just as I’m tweeting this, I’m thinking what if Tina has gone off to get Aunt Babe’s help?!"

Annette replied: "Be careful what you wish for."

EastEnders viewers didn’t actually see Gray kill Tina on-screen, and fans have been predicting a death twist ever since Gray wrapped her body up in wrapping paper before stuffing it in the boot of his car and driving off.

But with EastEnders keeping shtum, viewers will have to tune in to find out whether Tina actually returns from the dead. 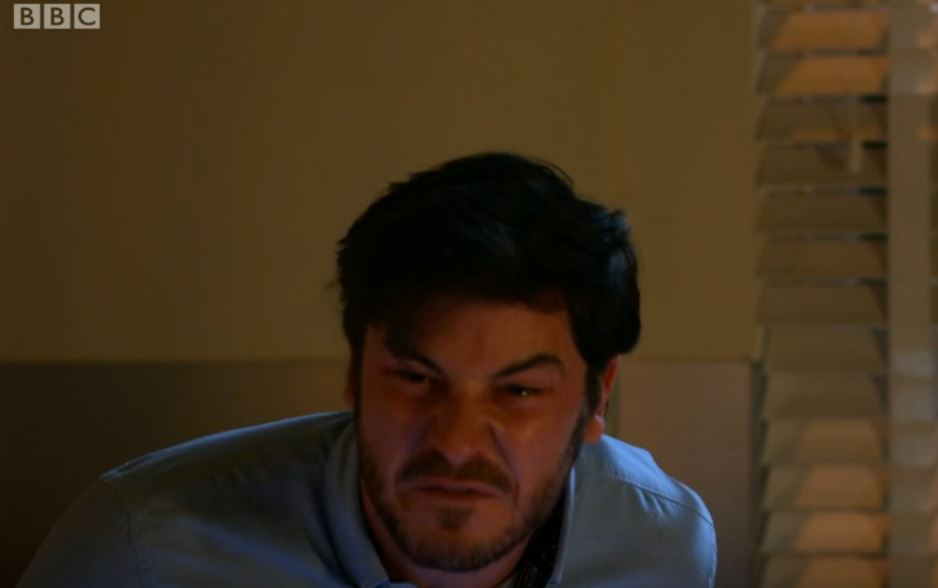 What will Tina’s return storyline be in EastEnders?

If fans are proved right and Tina does return to the Square, it’s likely her return storyline will centre around exposing the Square’s serial killer Gray.

Viewers are desperate for Tina to secure Gray’s downfall.

One viewer tweeted: "#EastEnders There is more to Tina's story then meets the eye I reckon and I want Tina to come back to team up with Whitney to bring down Gray as he has never taken on 2 people simultaneously. She also needs to be by Mick following his ordeal so I hope Tina is alive for Mick."

Another chimed in: "#EastEnders bet you all £50 that tina is still alive and comes back to expose gray."

A third fan added: "EASTENDERS ANNIVERSARY IN TWO WEEKS. WATCH TINA COME BACK FROM THE DEAD AND EXPOSE GRAY #eastenders IM READY FOR THE DRAMA." 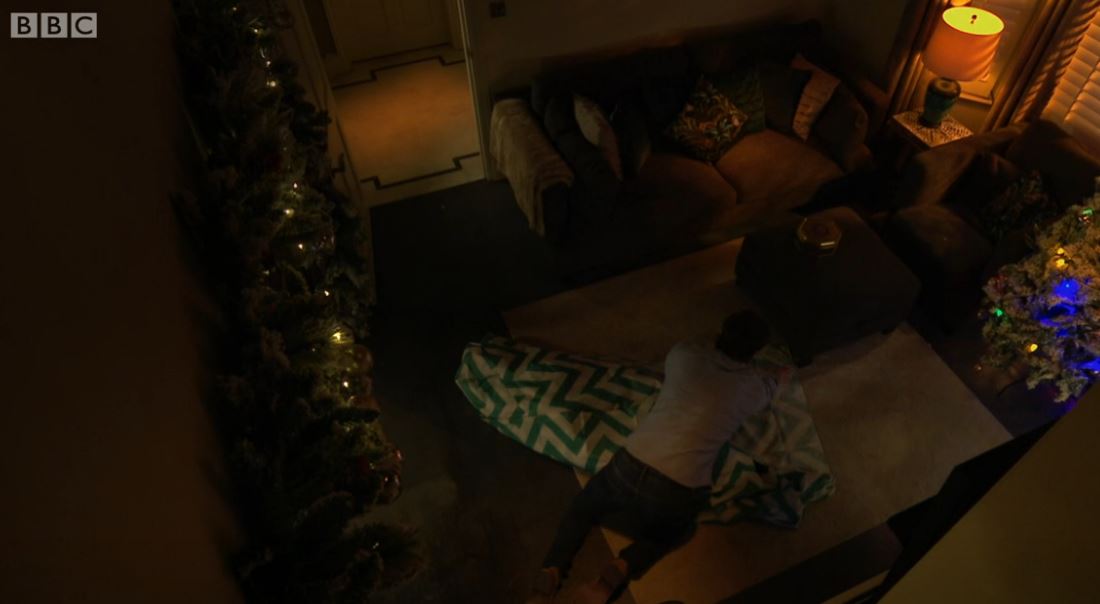 What has Luisa Bradshaw-White said about Tina's return?

Speaking about Tina’s exit, actress Luisa Bradshaw-White confirmed that Tina had indeed left the soap in a bodybag.

Luisa revealed she won't be returning to the soap: “I’m happy with the fact that she can’t come back, so it’s a proper shut door. The final nature of it I needed.

“It’s an exciting storyline to get as an actor, so it was nice to play the drama of it all. But I’m really excited for the next stage.” 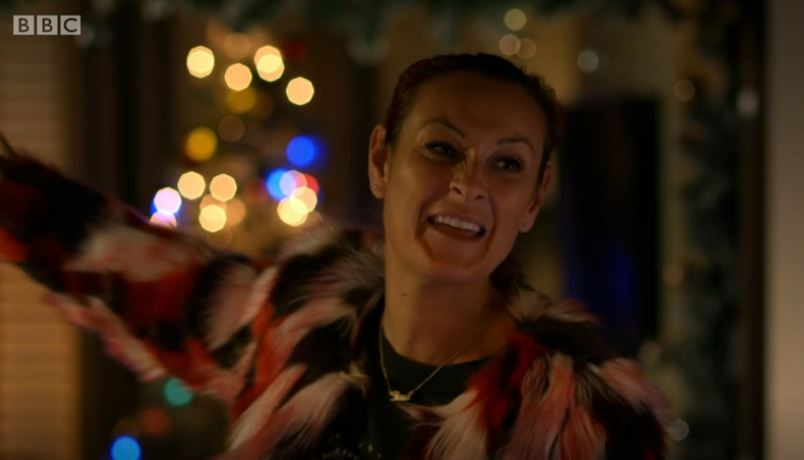 How did Tina die in EastEnders?

Things rapidly escalated after Tina discovered the truth about Chantelle and confronted Gray in a furious showdown.

Gray then angrily chased Tina around his flat and killed her to stop her exposing him as a murderer.

Viewers subsequently saw Gray covering her body in wrapping paper as he shouted over her corpse about how she’d refused to listen to him.

The evil lawyer then managed to play it cool in front of the police before driving away with Tina’s body in the boot of his car. 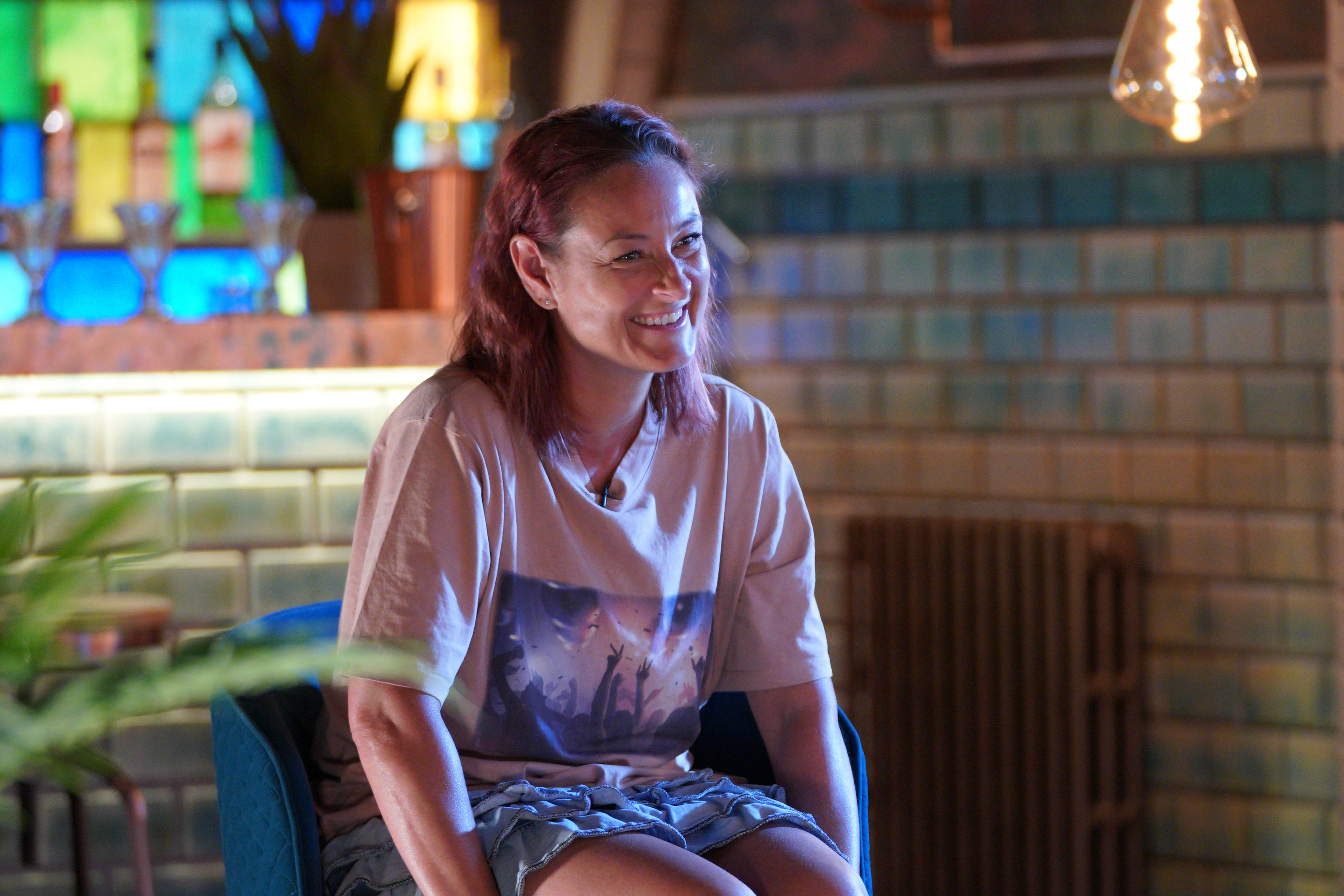 Why did Tina leave EastEnders?

Luisa announced that she was leaving the soap to try her hand at other projects back in October.

Telling fans the news on social media, the actress revealed: "Finally the time has come to say goodbye to my EastEnders family.

"I am leaving EE at the end of the year! After 7 awesome years it’s time for me to move on and get excited about other projects!

"I have had the most amazing time on EE and will miss the cast and crew so much. But I am also completely excited about the new adventures that await me.

Tagging the accounts of the actors who play her on screen family, Luisa also said: "I love you more than anything in the world. Thank you to all the awesome and loyal fans for your support and love of Tina.

"I have appreciated it so much. Keep watching there is lots of drama to come! 💗💗💗."