EastEnders has paid tribute to Queen Elizabeth II in the wake of her death with a touching topical scene.

Her Majesty died peacefully on Thursday at the age of 96 at her Scottish home in Balmoral, after an incredible seven decade tenure on the throne.

The BBC One soap filmed a topical insert scene to pay tribute to the monarch, in Monday’s (September 12) episode, which can be streamed on BBC iPlayer right now.

Linda Carter (Kellie Bright), who has long had an obsession with the Royal Family, started a shift at the Queen Vic, looking forlorn as she stared at a framed picture of The Queen, with the show officially acknowledging her death.

The landlady discussed all of the late monarch’s historic reign with Denise Fox (Diane Parish) and Kathy Beale (Gillian Taylforth), adding that Elizabeth ‘dedicated her life’ to serving her country.

Denise and Kathy echoed her sentiment, with the latter revealing that she was only three years old when Her Majesty’s coronation took place.

‘I wish I could remember it’, she said with a smile.

Linda, meanwhile, said that everyone has ‘lost their nan’, and before long, she even decided to take a trip to Buckingham Palace to pay her respects, which explained her absence for the remainder of episode. 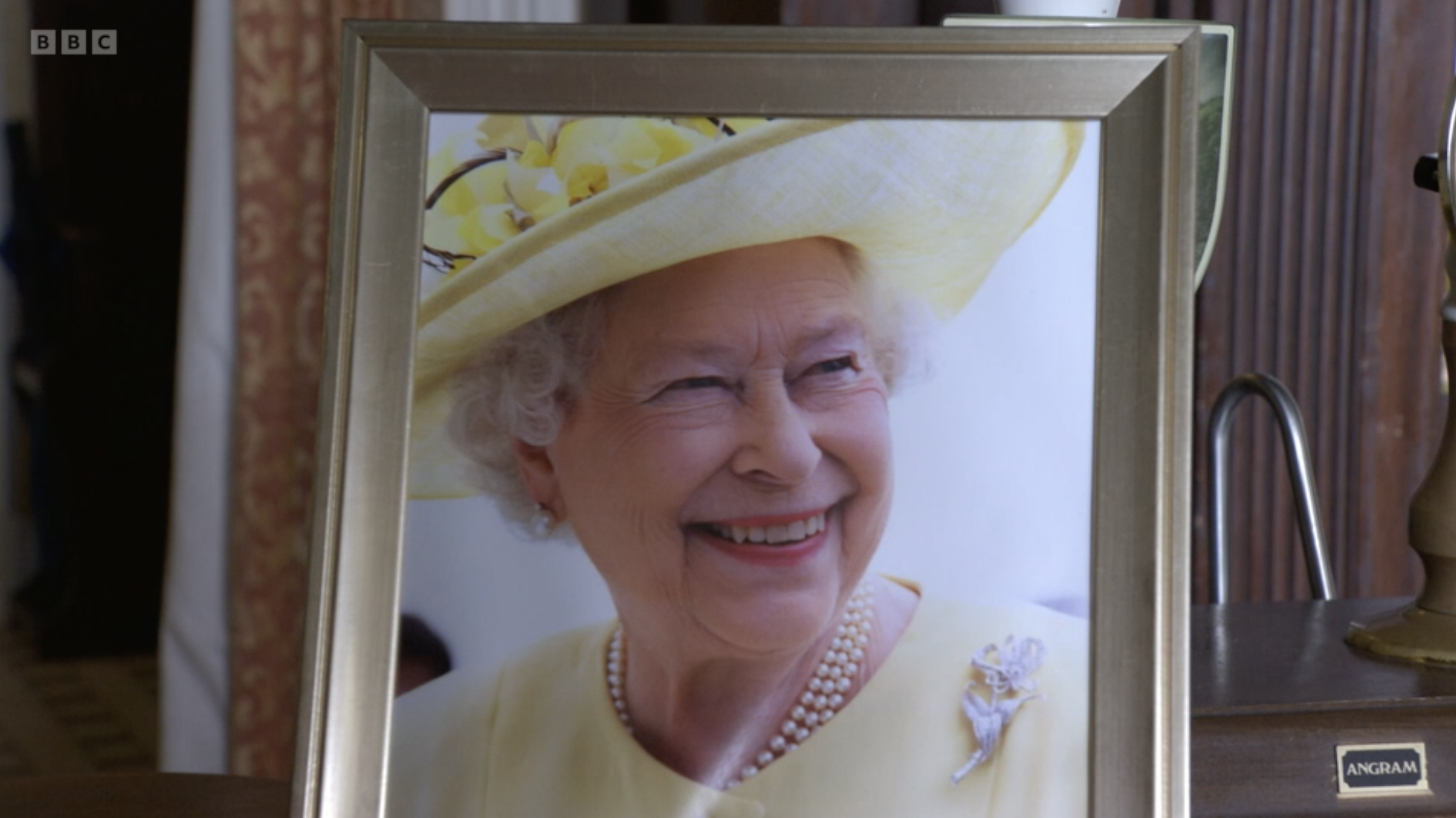 The Carter matriarch gave some thought as to where to place The Queens’ picture, before settling on the bar, right beside the iconic Queen Vic bust.

‘Take care of her, won’t you?’, she said to the bust, before looking at the photo of Queen Elizabeth II and saying: ‘Thank You Ma’am, from all of us’.

News of The Queen’s death broke at 6:30pm on September 8, a number of hours after an initial announcement from Buckingham Palace which revealed that she was under medical supervision and ‘comfortable’.

The BBC suspended its regular programming in the wake of the announcement, and coverage continued throughout the day on BBC One, before news broke at 6.30pm that The Queen had died.

‘The Queen died peacefully at Balmoral this afternoon,’ a statement from Buckingham Palace said at the time.

EastEnders was among the scheduled programmes that were pulled, with blanket coverage on the monarch’s passing airing instead.

The outing of the serial drama was rescheduled to Friday, airing on BBC Two instead.

Due to the on-going schedule disruption, episodes of EastEnders – for this week only – will drop each and every night at 7:30pm on BBC iPlayer.

They will, however, also air on TV – but finalised schedules have yet to be made.

EastEnders will air this episode on Monday September 12 at 9pm on BBC Two, and all of this week’s episodes will be available to stream on BBC iPlayer at 7:30pm each night.