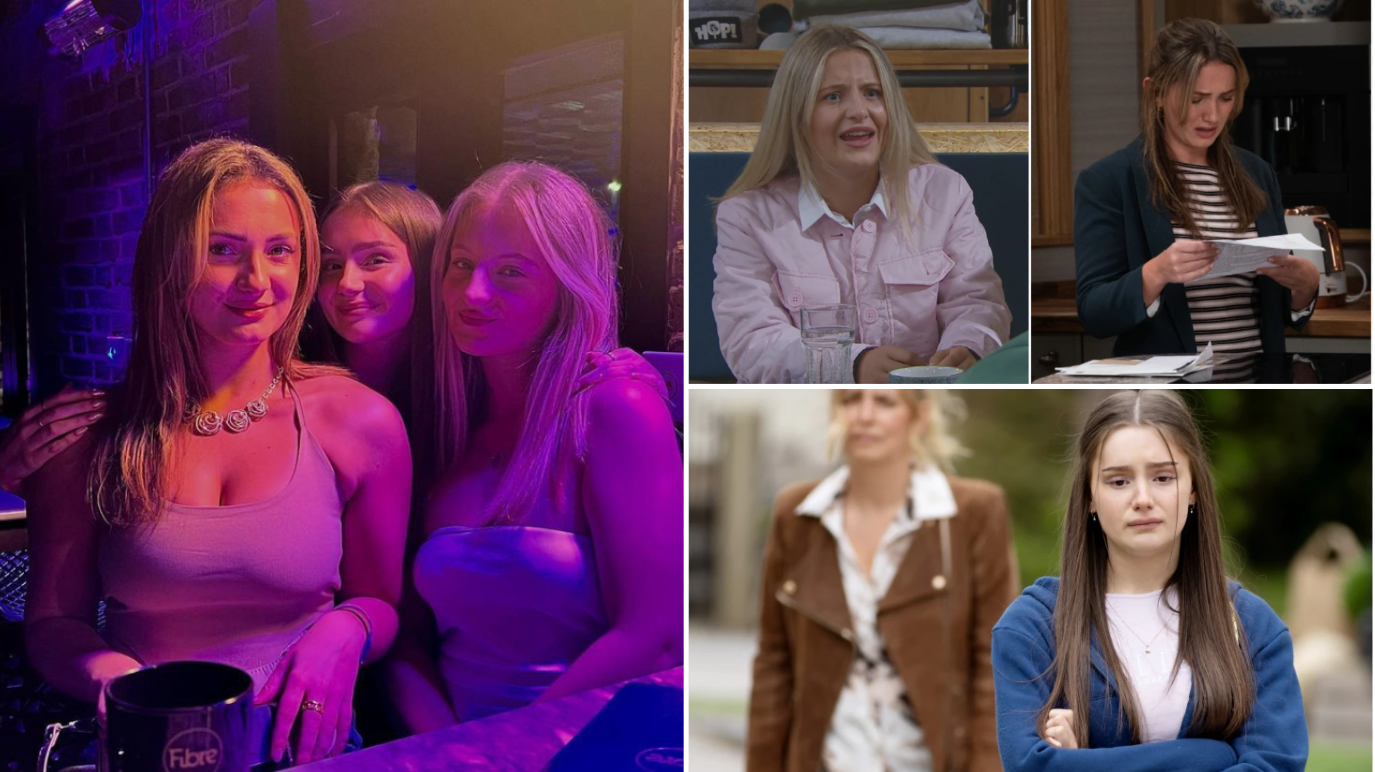 Daisy Campbell, Rosie Bentham and Katie Hill (who play Amelia Spencer, Gabby Thomas and Sarah Sugden respectively) may not get too many scenes together in Emmerdale, but that doesn’t stop them being great friends, as a recent pic posted to Daisy’s Instagram shows.

Daisy has captioned the photo ‘3 amigos 💋’ and it shows her in a bar posing happily for the camera with Katie and Daisy. The picture has had plenty of love from Daisy’s thousands of followers, with fans united in their admiration.

Rosie often appears in Daisy’s Instagram feed as the two are close friends who even go on holiday together. A recent trip to Ibiza turned into a bit of a nightmare when both of them had their bags stolen on their second night.

They made the most of a bad situation and still managed to have fun, though. ‘It would be us to get the whole of our bags stolen on the second night, with zero phones for most of the hol. But we lived in the moment and then eventually got new phones,’ Daisy said.

Daisy is currently in the middle of a dramatic period for her character Amelia Spencer, who has discovered she’s pregnant with Samson (Sam Hall)’s baby, and has recently embarked on a romance with reformed bad boy Noah (Jack Downham) – something that Kerry (Laura Norton) is trying her best to put a stop to.

Daisy has said that she’s ‘over the moon’ with the pregnancy storyline and is looking forward to filming the birth scenes:

’I’m a little bit nervous but I’m really excited because I’ve done my prep and stuff so I know where to go with it,’ she told us. ‘I think overall it’s really exciting.’

It may be even more exciting because the birth could well coincide with the show’s 50th anniversary, when we know that there’ll be huge drama involving a massive storm that causes havoc and destruction in the village.

And Amelia will be right in the centre of the action, as show boss Jane Hudson (partly) revealed.