GB News correspondent Ellie Costello joined the moving queue of mourners who had lined up to pay their respects to Her Majesty in Westminster Hall. However, she was reprimanded by security live on air as she admitted she was “causing chaos” in the line. However, presenter Eamonn Holmes was left baffled by a security guard’s reaction to Ellie’s broadcast.

Reporting by the River Thames, Ellie walked alongside mourners who had been waiting for hours to pay tribute to the Queen.

Despite having to queue for a significant period, the mourners told Ellie it would all be “totally worth” the wait.

When she asked what snacks they had brought with them to refuel as they continued to wait in line, security guards intervened.

The correspondent told viewers: “We have been told off now for broadcasting in the queue. “ 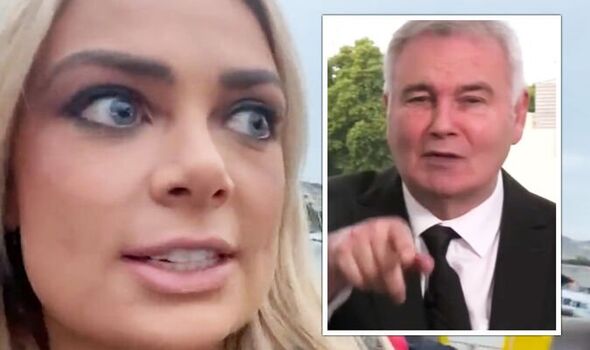 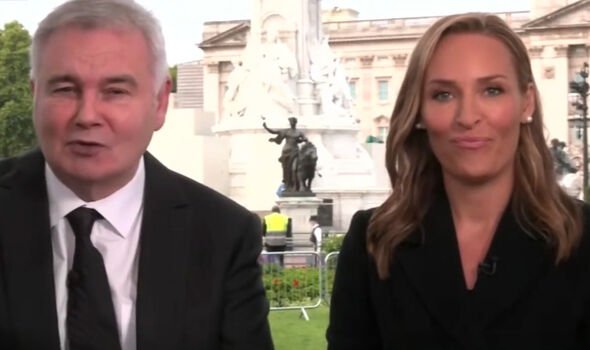 “But I think we are going to be okay,” she added as she tried to speak to more people in the line.

A security guard started jogging up towards her and the cameraperson telling them to halt filming immediately.

Ellie said: “We better get off the line guys as we are causing quite a lot of chaos with security here but we will bring you up to speed throughout the morning with our update on the queue.”

Eamonn and his co-host Isabel Webster, who were reporting from outside Buckingham Palace in black attire, appeared perplexed. 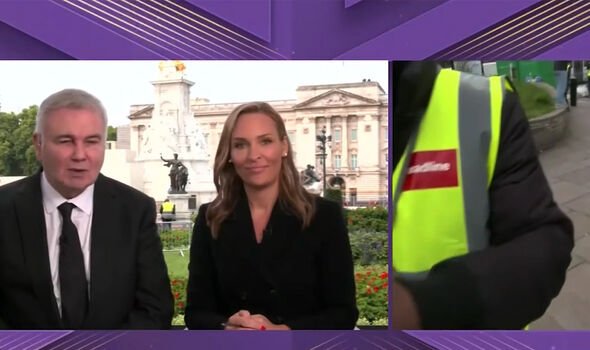 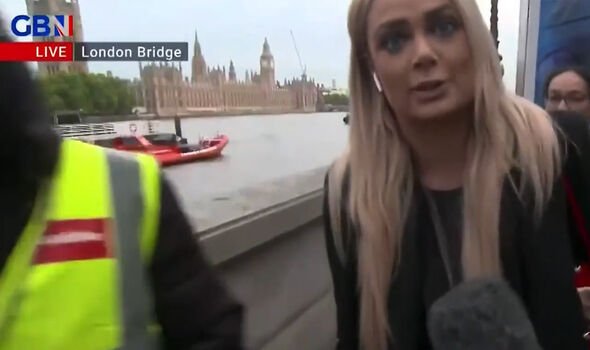 “I don’t see why you are causing chaos,” Eamonn said before he noticed a security guard scolding Ellie.

Eamonn added: “Woah, we should have kept on that and found out what happens.

“Ellie Costello could have been marched off to jail, but it’s not a protest.”

A confused Eamonn added: “What if you were making a Facetime call to your kids or something?”

Isabel said the security guard will be “embarrassed” that he reprimanded Ellie live on air.

Later on in the programme, Ellie made it up to the Houses of Parliament as the queue continued to wind through the streets of the nation’s capital.

She said: “We’re coming up to the Houses of Parliament, even though it looks close it’s still a long way to go.”

Ellie told viewers the queue was between six to eight hours long to see the Queen’s coffin.

Her Majesty’s coffin was brought to Westminster Hall in a procession on Wednesday afternoon, with King Charles and Princes William and Harry walking behind.

The Prince and Princess of Wales will be in Sandringham on Thursday afternoon to observe thousands of floral tributes while the King will remain at his country home, Highgrove.

The Queen’s funeral will be held on Monday, September 19 in Westminster Abbey.

Breakfast with Eamonn and Isabel airs on weekdays from 6am on GB News.

See the Jewelry Thanos Would Be Proud Of At the 'Avengers: Endgame' Premiere