The Kardashian family were the stars of Keeping Up With the Kardashians which ended on E! in June 2021 after 14 years. It was firmly believed that this was the end of fans being able to get the inside scoop on the celebrity mum and sisters for good until it was announced last year that they would be making a comeback. This time, their reality show would be getting a revamp on its new platform Hulu.

Once again, viewers will be able to get an insight into the everyday lives of the Kardashians over the past year.

While similar to their previous show, The Kardashians series films more like a documentary with the use of drones for added effect.

Season one saw Kourtney Kardashian talk of wanting to have a baby with her fiancé Travis Barker.

Meanwhile, Kim Kardashian welcomed her boyfriend Pete Davidson into the fold, as she still dealt with her estranged husband rapper Kanye West. 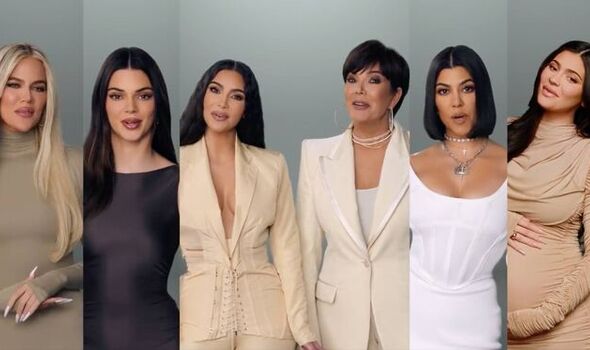 How much is Hulu paying The Kardashians?

The Kardashians is shown exclusively on the streaming service Hulu in America.

According to Variety, the famous family are being paid at least $100 million to take part in this new series.

The money will be split equally between all of the stars so there will be no arguments over who gets paid the most.

Matriarch of the family Kris Jenner said that money was key to them returning to TV work.

“Money always matters. I think that anybody would be foolish to say that money doesn’t matter anymore,” Kris told Variety.

Daughter Khloé Kardashian continued: “It definitely played a factor because we give so much of our personal lives up for entertainment.

“We always have our private family conversations, and we’re pretty brutal, me and my sisters, with what we will settle for or not settle for.

“But not all money is good money. It has to be a good fit, and Hulu was just the perfect fit for us.”

As Hulu is owned by The Walt Disney Company, UK fans of the Kardashians are in luck.

The reality show is also available on the streaming service Disney+ in the UK.

The second season is going to come out on Thursday, September 22, on both Disney+ and Hulu.

Much like the first outing, series two will consist of 10 episodes in total, far less than the previous show which sometimes had as many as 21 episodes in a series.

Only the first episode will come out on September 22 on both of the streaming services.

A new instalment shall then be dropped every Thursday, so there won’t be an opportunity to binge-watch sadly.

The Kardashians has reportedly been commissioned for 40 episodes, so fans should expect more series to come in the future.

The Kardashians season 2 premieres on Thursday, September 22, on Hulu in America and Disney+ in the UK.

Star Wars: Al Pacino turned down iconic role for unexpected reason – ‘It was mine!’

Jeremy Clarkson tells crushed Harry Redknapp he's won NOTHING on Who Wants To Be A Millionaire? in huge wind-up