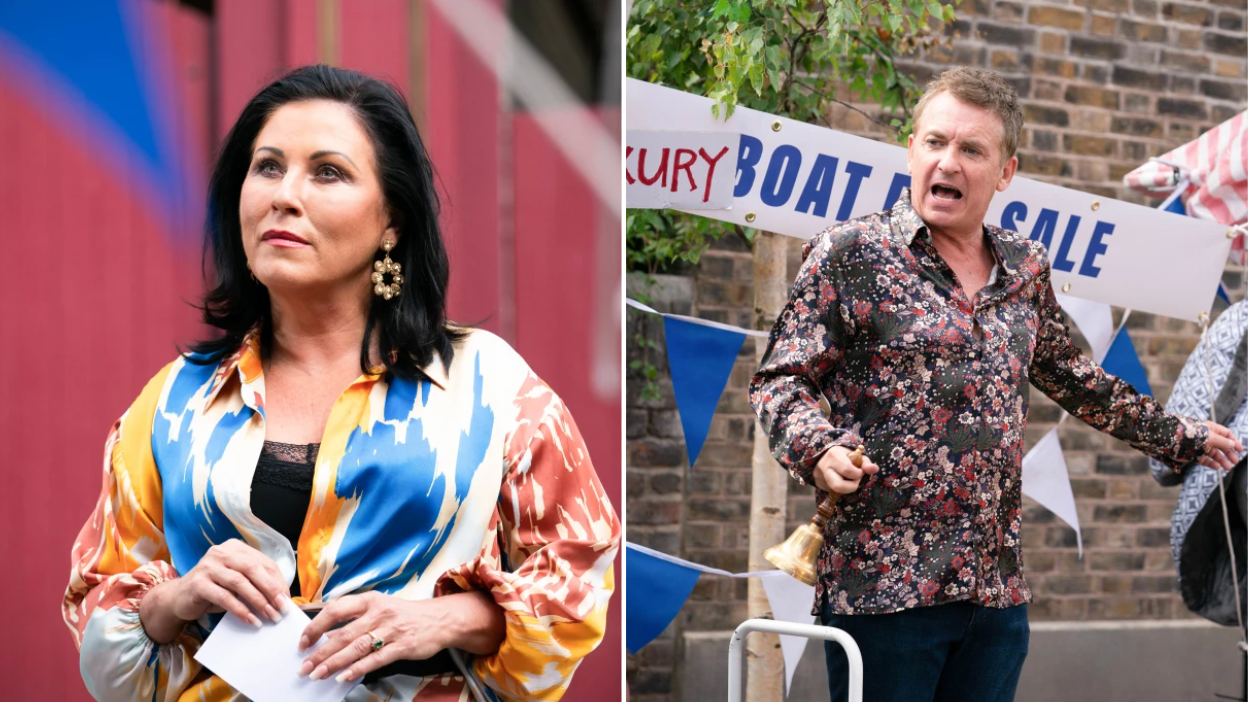 When Shane Richie was approached to return to his EastEnders role of Alfie Moon, he was told that the version of Alfie he’d be portraying would be, ‘the old Alfie, the guy who looked after his Nana Moon and wore his heart on his sleeve and tries to make light of everything, but you know through his own innocence and naivety still gets it wrong.’

This version of Alfie is also the one that Kat Slater (Jessie Wallace) fell in love with at the Queen Vic back in 2003. And as Alfie tries his best to win Kat back in upcoming episodes, it’s the reminders of his more carefree younger self that she finds so appealing.

Alfie sets up a stall in the market to raffle his boat, but he reveals to Kat that the main thing he wants to do is win her back from Phil (Steve McFadden). She pretends she couldn’t care less, but she can’t help but smile as she watches him in action with his cheeky charm.

Will this be enough to persuade her to dump Walford’s hardest hard man, Phil Mitchell, and return to her former love? Or has too much water passed under the bridge?

It looks like there’s going to be plenty of time to find out, as Jean (Gillian Wright) offers to let Alfie move in with her. Whether Phil likes it or not, Alfie Moon is here to stay.

How long can Kat resist?