Arthur Edwards reflects on meeting Charles after the Queen's death

ITV aired a special episode of the daytime chatshow This Morning on Monday with Phillip Schofield and Holly Willoughby looking back at their fondest memories with Queen Elizabeth II. Joining them on the sofa was royal photographer Arthur Edwards, who opened up on his time photographing Her Majesty, revealing the heartbreaking comment King Charles III made about his mother’s death.

After looking back at the moment King Charles III and Queen Consort Camilla joined them in the studio, Phillip said: “The Queen was one of the most photographed and painted women in history.

“Our next guests are two men who enjoyed many memorable memories with the late Queen Elizabeth II.”

Holly continued: “We are joined by Royal photographer Arthur Edwards who has taken pictures of the Queen for over 40 years. It is lovely to have you here.”

Phillip asked: “Let’s talk about moving forward, the passing of the crown. I saw you on the TV as I was watching the coverage and thought, ‘Oh my goodness that’s Arthur on the tarmac with the new King!’ Tell me about that moment.” 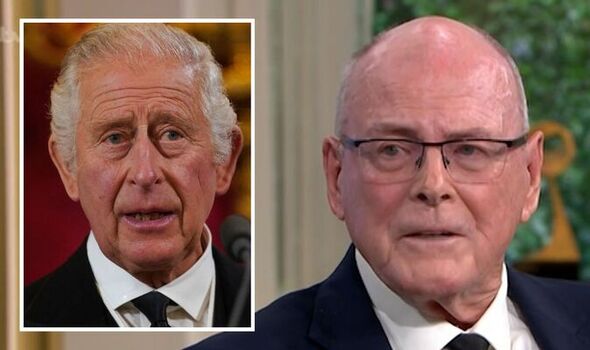 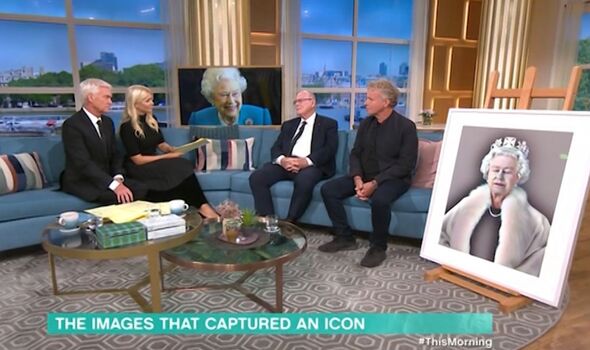 Arthur explained: “Well, I had to remember to call him Your Majesty, of course, because I have known him all these years as the Prince.

“He came up to me after he greeted the commander of the base, and I said, ‘I am very sorry for your loss, sir’ and he said to me, ‘Well it had to happen some day’ and he was a bit philosophical about it.

“He just tapped me on the shoulder and moved on, but I was very moved by that because he has been for me, an absolute joy to photograph.

“It’s not a job for me when I am at an engagement with him, it is just pleasure. He is such a nice man and I have seen him doing rain dances in India, dancing in the Amazon Rainforest. 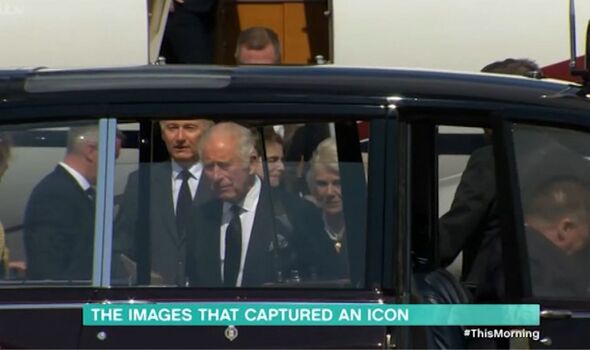 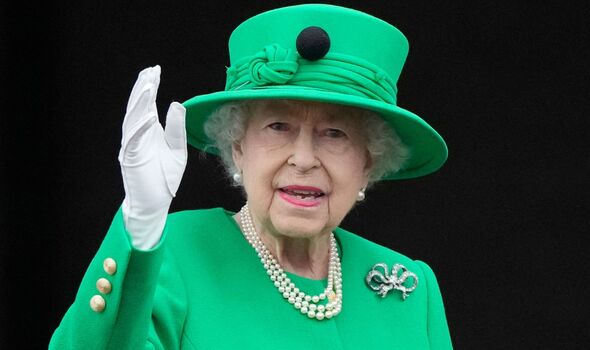 “And I have got some amazing photographs of him and the Duchess. I absolutely love her too, she is just a star [and] as far as I am concerned she has been so supportive of the Prince.”

Interjecting and correcting Arthur on their titles, Phillip joked: “You are going to have to learn to say, Queen Consort!”

“The Queen Mother was the Queen consort, but we always called her the Queen. I really am so pleased to have worked all these years with them and I hope to carry on a few more.”

Since the death of Her Majesty, broadcasters such as ITV and BBC changed their scheduling to ensure the public had rolling coverage of the events which followed.

On Monday morning, the ITV schedule changed up its programming once again, with Good Morning Britain airing from 6am to 10am.

Lorraine was taken off air and was replaced by a special ITV News programme called The King’s Tour at Westminster.

This Morning usually airs from 10am to 12:30pm, where it features stories and memories from people who met and had the privilege to encounter the Queen during her reign.

Loose Women was also pulled from the schedule and replaced with another ITV News special: Queen Elizabeth II: Lying At Rest which will continue throughout the afternoon.

Despite the scheduling seemingly returning to normal, viewers will continuously be updated with any changes or breaking news up until the point of Her Majesty’s funeral.

The funeral service will be televised, and a national two-minute silence is expected to be held as the Queen will take her final resting place at King George VI memorial chapel.

This Morning airs weekdays from 10am on ITV.