Law & Order Thursdays: NBC teases back to back series

After Law and Order’s epic three-way crossover premiere, the popular NBC franchise will return to its regular proceedings next Thursday. The second episode of an already gripping new season of Special Victims Unite teams Captain Olivia Benson (played by Mariska Hargitay) up with a shady new ally whose personal connection to her new case could lead to a startling revelation.

Captain Benson could be teaming up with a cold-blooded killer in the upcoming episode of Law and Order: SVU.

The 24th season of NBC’s hit spin-off kicked off earlier this week with a huge crossover case with the mainline Law and Order and Organized Crime teams.

Now, a new promo has teased another trio of high-stakes cases coming up next Thursday.

A synopsis for the next episode of SVU, The One You Feed, reads: “A group of teens terrorizing tourists has the SVU squad working overtime; McGrath teams them up with the Bronx gang unit to track down a crucial lead.” 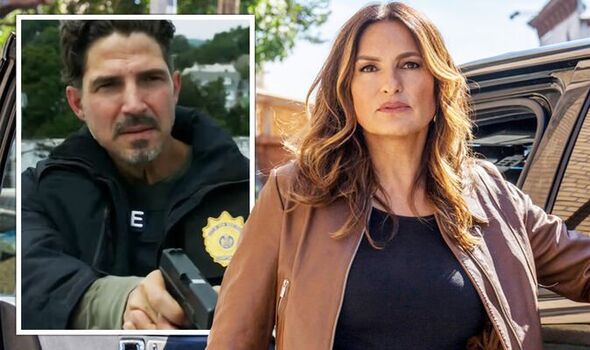 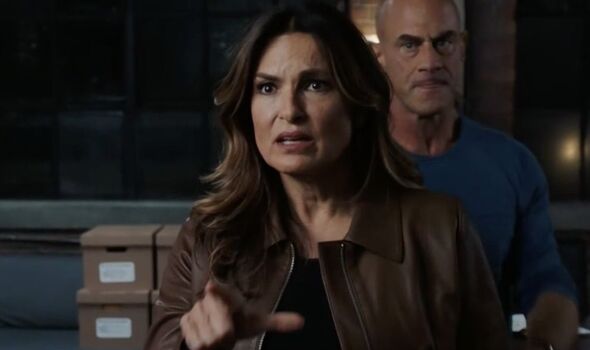 In the SVU section of the trailer, fans were given their first glimpse of the show’s latest guest star, Maurice Compte as Mike Duarte.

Duarte appears to be a New York cop with the gang unit who’s tasked with working with Benson to crack down on the violence.

However, Benson’s new teammate seems to have taken on the case to take revenge on one suspect in particular.

In the clip, Benson’s colleague Odafin Tutuola (Ice-T) warns her: “This guy has personal beef.” 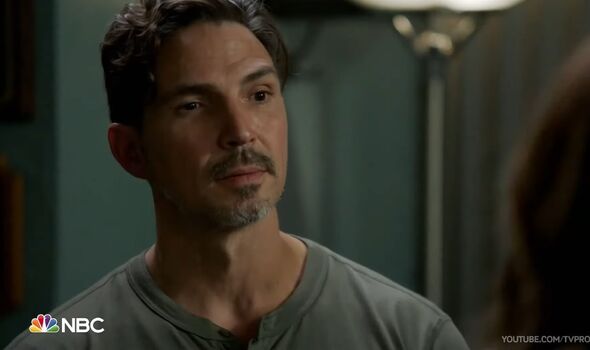 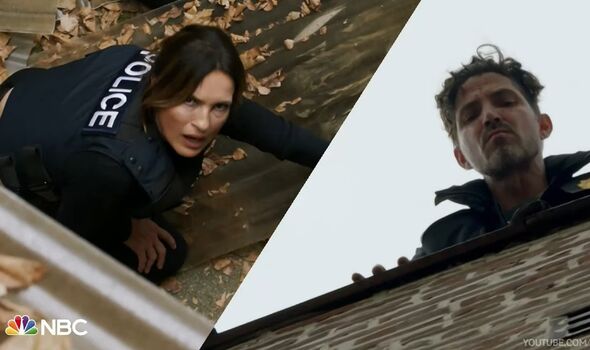 The trailer then cuts to Duarte apprehending a suspect at gunpoint on the roof of a building.

Meanwhile, Benson and Tutuola are walking below when the same suspect crashes through the glass ceiling.

The victim is apparently dead, as Benson looks up angrily to see Duarte staring down at her with a determined expression.

It doesn’t take long for Benson to connect the dots, and a later scene sees her all but accuse the cop of pushing the man to his death.

“You think I pushed him?” he asks, to which Benson replies, “Did you?”

Could Benson’s latest investigation into gang violence end with the Captain putting a corrupt officer behind bars?

On the other hand, Law and Order has become notorious for its misleading trailers and unpredictable twists and turns.

There could easily be another officer on the roof with Duarte who made the killing blow.

Alternatively, the culprit’s fatal fall may have occurred by accident in the resulting rooftop scuffle.

For now, though, the evidence certainly isn’t in Duarte’s favour, so he’ll need to watch his back if he wants to evade Benson’s watchful eye.

Plus, the flagship Law and Order series will feature a complex abortion case addressing the overturning of Roe v Wade, while someone is out for Elliot Stabler’s (Christopher Meloni) blood in Organized Crime.

Law and Order: Special Victims Unit continues Thursdays on NBC in the US. A UK release date is yet to be announced.

Michael Cimino Is Totally Down to Play Victor From 'Love, Victor' Again If Given the Chance