Married At First Sight UK star Gemma Rose has blasted the E4 show for portraying her as the ‘villain’ while simultaneously voicing her regret over appearing on the series.

The salon owner was introduced as one of the new brides in scenes that aired last week, and was matched by the experts with barber shop owner Matt.

The pair’s romance has been far from smooth sailing following their wedding day, with the pair recently clashing on their honeymoon after Gemma said she wanted to ‘consummate this marriage’ and that her ‘fanny’s throbbing’.

‘It sexually pushes me away,’ Matt responded, before heading off to sleep in a separate room.

Gemma has since taken to Instagram to share her upset at how she is being portrayed on the show and fiercely criticised the editing.

‘[The] storylines like this, the storylines they have created of me, ruins lives,’ Gemma said in one video. 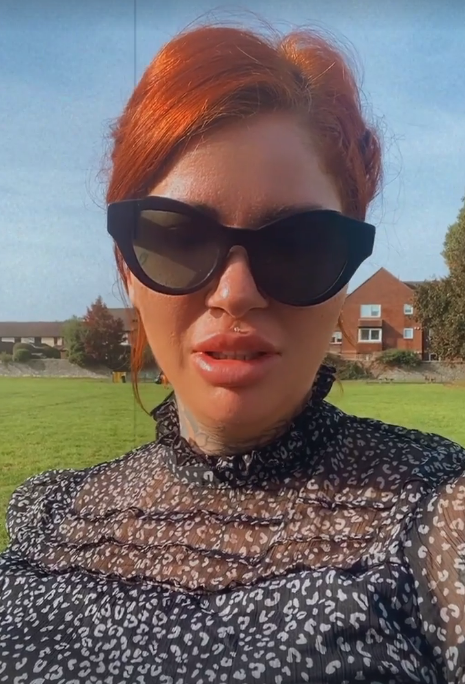 ‘It’s not okay. I have two children and a business. And I think if you asked any of the team who worked on Married At First Sight they would say I was one of the nicest people that worked on it. This is unacceptable.’

She then went on to claim her husband Matt was just as bad. ‘I think if you knew some of the things Matt said on the wedding day, which I don’t know why they haven’t been shown, maybe because they were actually worse than mine…’

In another post, she continued: ‘There have been villains created and things made to look worse than they are. I don’t care if I get in trouble for this, you can break out that contract [and] whatever else.

‘[It’s] absolutely unacceptable the way you have created these storylines and ruined people’s lives.’

Writing a statement posted on her Story, she penned: ‘Have we learnt anything from Love Island. False versions of serious situations and change the story line so dramatically… RUINS LIVES.’ (sic)

Gemma encouraged her followers to ask her anything, where she shared that she regrets going on the show.

When asked if she could change one thing about the process, she responded: ‘Never applying. Never telling them what I didn’t want. Never trusting they actually wanted an authentic match.’

The television personality also advised her followers not to sign up for the series.

A Channel 4 Spokesperson said: ‘Married at First Sight UK episodes are carefully put together so that, while we cannot show every moment of scenes that can take hours to film, we ensure that what we do broadcast is a fair and accurate reflection of the events that unfolded.’

'Blue Bloods': Marisa Ramirez Reveals 1 Perk to Not Being a Reagan on the Show

Who was Nicholas Lyndhurst's son Archie and what was his cause of death?