In an exclusive interview with Express.co.uk, Outlander actor Scott Kyle revealed all about filming the key scenes from season two which recreated the famous Battle of Prestonpans.

Kyle portrayed Ross, one of Jamie Fraser’s (played by Sam Heughan) clansman in Outlander, who went into battle with the Highlander as they fought the English in season two.

The star said: “You’re talking over the course of a week filming battle scenes. You’re filming 12 hours a day and some of the bigger things take weeks. It’s a dream come true.”

He continued: “We were so blessed, you look round and there’s a thousand Redcoats actually standing in the field and you’ve got a thousand Highlanders on the other side. And you’ve got the camps are set up all around. Actually, I can believe I’m here because it’s so real, you can see everything.”

Kyle went on to say: “We did the Battle of Prestonpans, one of the battles, in a big marquee and they pumped the marquee full of smoke and we were fighting in there amongst the smog in the morning, it was a surprise attack on the English.

“We were in this amazing tent, running through the mud, knackered, pinch me moments. The thing I would say is because most of us in Scotland and working on the show, we were coming home to our own beds, I went home every night, and we were filming and coming home. 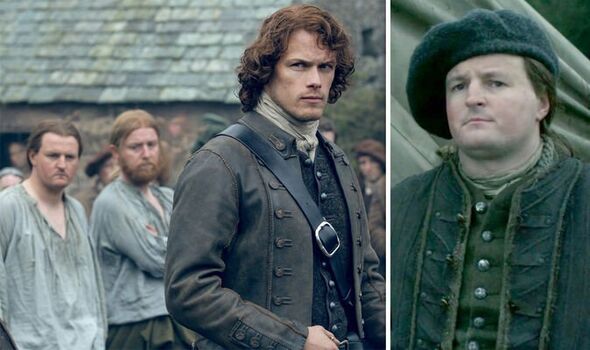 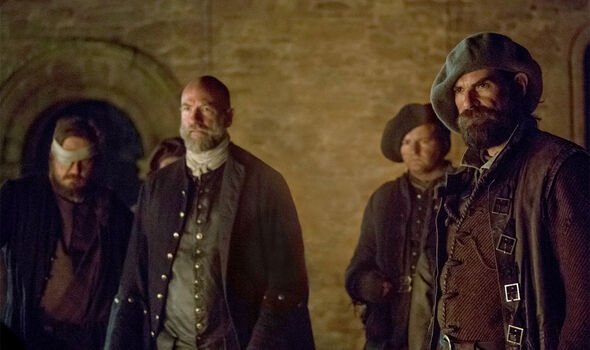 “So in many ways, it didn’t feel like it was such a giant show which was probably a good thing.”

He added about Outlander’s realism: “I think if we’d flown to Hollywood to go to the studios, I would have been much more nervous. But I think because we were jumping in a car and going in a field, it didn’t feel Hollywood, which was maybe good because I think it comes across as very authentic on the screen and not Hollywood.”

Kyle first auditioned for the role of Angus in Outlander with actor Stephen Walters getting the part. The actor said: “But I remember going to the audition and thinking, ‘I’m not six foot and a hairy Highlander called Angus, this is not me. I don’t know why they’re seeing me.’

“When I met Stephen on set, he was cast as Angus, he told me something, ‘They don’t know what they’re looking for until the person walks in the room’ and Stephen isn’t six foot four and isn’t a big giant, hairy Angus. He was wee, tiny barking dog Angus, which was great.” 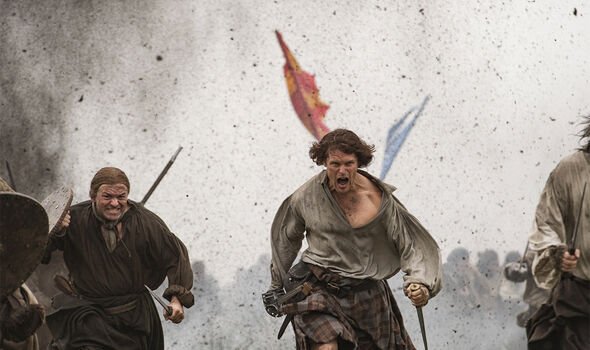 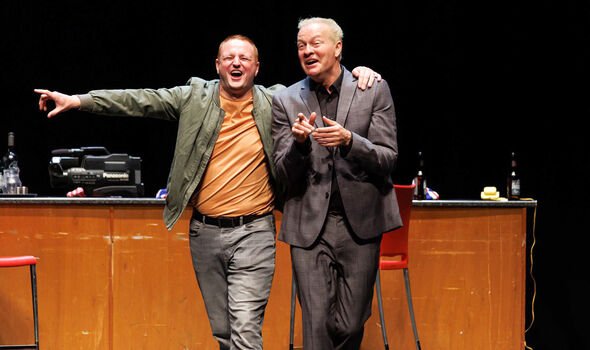 Not daunted by not getting Angus in season one, Kyle auditioned for Clansman Ross in season two and landed the part.

He watched the show in preparation for going for the audition and later listened to the Outlander audiobooks as he tried to immerse himself into the world author Diana Gabaldon had created.

Kyle said “A lot of the time you’re trying to use your imagination and going on Diana’s stuff as opposed to just Scottish history. You’re trying to go on the source material and the world Diana has created.

“As much as it’s set in Scottish history, there’s a fictional element that’s going on as well as much as a true vein going through it as well. So, you’re doing your Scottish history at school and then you’re immersing yourself in Diana’s books and the audiobooks as well.

“But nothing prepares for walking onto the scene and just seeing the whole set come to life and the whole battlefield in front of you come to life with canons and horses and everything else.”

Kyle said he and the rest of the cast didn’t realise how big the show was going to be during the filming of those battle scenes. At the time, Gabaldon’s Outlander novel series was an international huge hit but the series had yet to explode in popularity.

He said: “I think we were lucky, going in so early into the series, nobody was really a big star, if that makes sense. It was still very much, ‘This is what we’re creating and we don’t know how it’s going to land yet’.”

Ross hasn’t been in the show since season two with Outlander’s story relocating to North Carolina, America, even though the show is still shot in Scotland. Kyle teased a return, saying people would have see what Gabaldon had in store for fans.

Since starring in Outlander, Kyle has gone on to feature in BBC drama Trust Me and the short film Tubgate: Cunningham’s Scrap. He will next be appearing in the film One Thousand Flames which is in post-production. Additionally, Kyle is working on a memoir about his childhood called It’s Not Where You Start, which will trace his upbringing.

The actor also spoke about his new project away from Outlander, which sees him treading the boards at the Edinburgh Fringe Festival this year.

Kyle said any Scottish actor worth their salt wanted to play Renton, saying after not making the cuts after auditioning for Trainspotting one and two, this was “the next best thing”.

He said: “I want to put my unique stamp on the character. I’ve played Romeo before, I didn’t model my Romeo on any other person, I modelled him on who I wanted to do it. The same with Renton. There are nods to the film.”