Holly Willoughby steps in as Feltz and Wright clash

Matthew and Vanessa’s row erupted as they discussed the latest news headlines with Phillip and Holly on This Morning. Up for discussion were the reports emerging that King Charles III is looking to slim down the monarchy and limit the lavishness of his coronation. However, when Matthew argued it was now time to have a “discussion” about the monarchy’s place in 2022 and if it’s needed or profitable, Vanessa jumped to the royals’ defence.

“Out of respect, I’ve kept my mouth shut for more than a week,” Matthew ranted, referring to the period of mourning the nation has been in following the death of Queen Elizabeth II.

He continued: “I’m still doing my best to keep my real feelings subdued.

“I think we should be worrying about people starving before we worry about putting magnificent jewels on people’s magnificent heads. 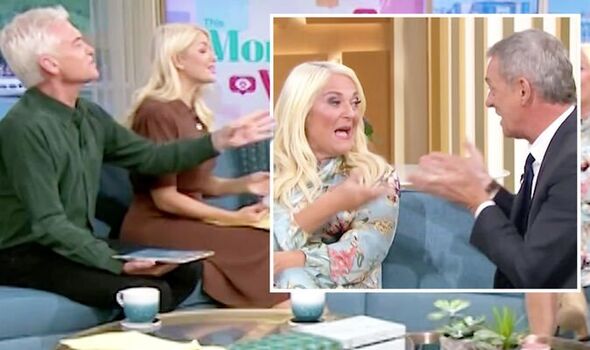 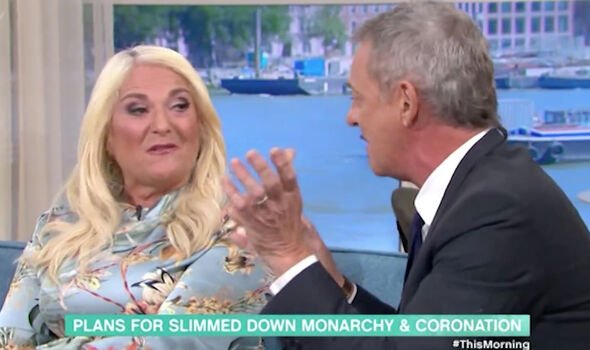 “That’s a different matter!” Vanessa clapped back. “Most people’s private inheritance tax doesn’t get discussed by other people…”

But their disagreement continued as Matthew hit back: “Well, they’re the only family that is exempt from inheritance tax…

“Which is rather peculiar given they’re one of the wealthiest families in the country!” 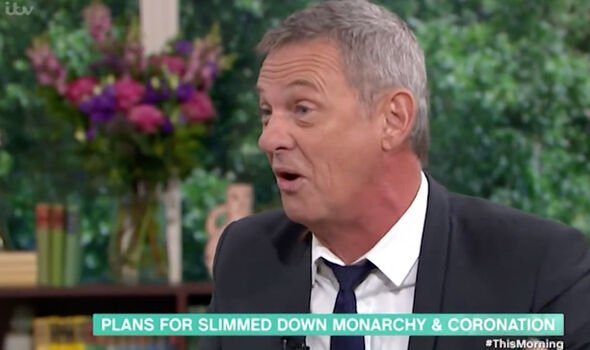 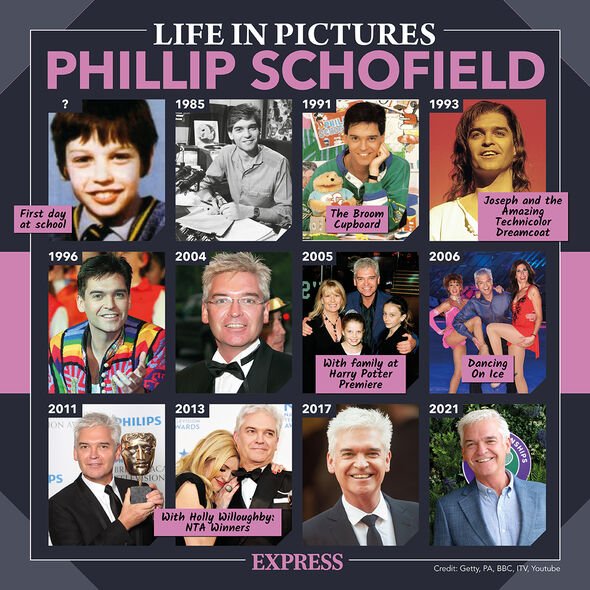 But Vanessa defended: “That’s because they don’t get to take the money and spend it, do they? It’s a very different situation!”

Matthew argued, however: “They’re prevented from inheritance tax because they were worried it would slim down the monarchy, the very thing King Charles is doing.”

As if the clashing over their royal stances wasn’t enough, Vanessa decided to take a pop at Matthew’s career.

She told her fellow guest: “You’re an adorable guy but you’ve had an excellent career as a tabloid journalist…

“The way you speak, in headlines, shows why you were such a successful tabloid journalist!” the TalkTV star quipped.

This prompted Matthew to point out: “But you’re the one that’s doing tabloid telly, Vanessa!”

Before their personal slanging war could boil over too much, Phillip and Holly decided they’d intervene.

“Let me jump in between the two of you just momentarily,” Phillip chimed in. “Crack on again in a second.”

While Holly let out a chuckle before telling the duo to “behave themselves” after their row.

The pair managed to calm themselves down long enough to move on to a number of other subjects dominating the news cycle as part of the show’s Morning View.

However, Phillip and Holly failed to mention the backlash gracing many of the day’s newspapers surrounding This Morning’s explanation for the duo’s visit to the Queen lying-in-state.

My Name Is Leon cast: Who is in the cast?