The state funeral for Her Majesty Queen Elizabeth II was one of the biggest television events in history, with potentially billions of viewers tuning in from around the world. With all eyes on the service in Westminster Abbey on Monday, Piers Morgan has heaped praise on the eight pallbearers who were able to perform under intense pressure.

Broadcaster Piers has claimed the pallbearers for Her Majesty the Queen’s funeral deserve MBEs after their performance on Monday.

In the latest edition of his TalkTV series, Uncensored, the presenter praised their “faultless” service in Westminster.

The young guardsmen carried the Queen’s coffin in front of 2,000 guests and as many as four billion viewers watching around the globe.

Piers noted he couldn’t think of “a more pressured thing to do other than engage in real war.” 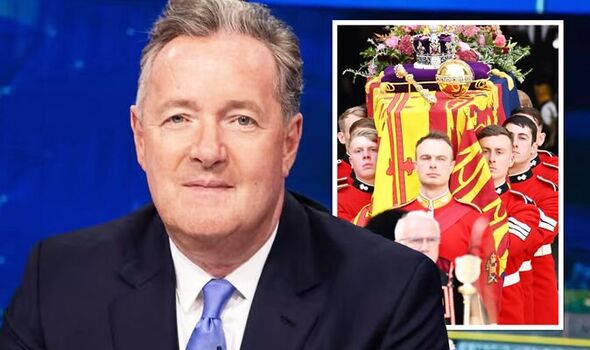 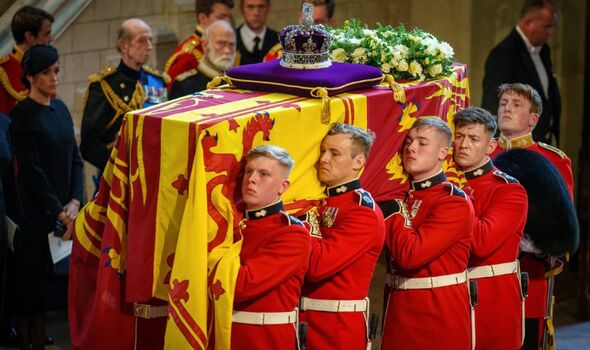 The coffin weighed over 500lb before the Royal Standard was draped upon it, and the bouquet, Imperial State Crown, and orb and sceptre were fastened on top.

“I can’t think of a bigger honour for these guys or a bigger responsibility or more stress to have billions of people around the world watching,” Piers said.

“It’s a very heavy coffin and it’s carrying the greatest monarch in history, the pressure not to make any mistake – enormous.

“And they were completely faultless, and the country, I think, recognised that.” 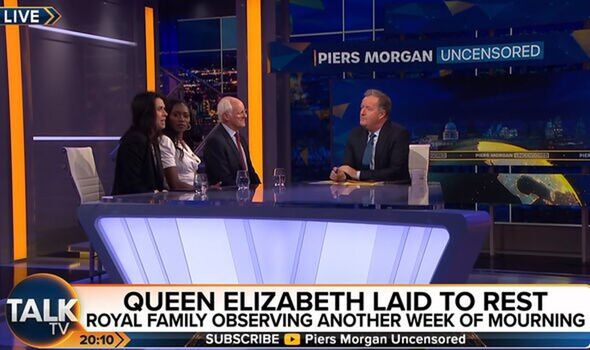 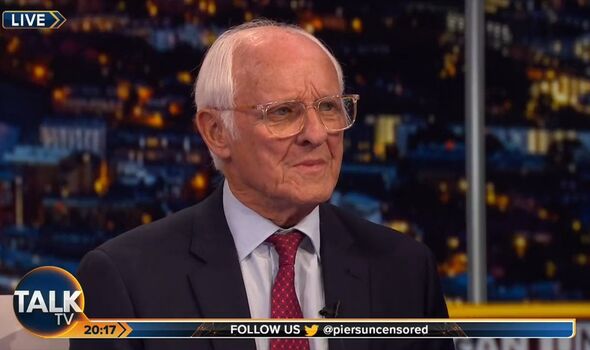 Piers’ guest Dickie Arbiter, former press secretary for the Queen, agreed with the host’s calls for the pallbearers to receive honours.

“Absolutely,” he said. “Honours have been given to people for lesser things.

Dickie and Piers’ other guests all agreed the guardsmen should at least be given MBEs by His Majesty King Charles.

Piers replied: “I agree, eight MBEs would be the least we can give them.

“And congratulations to them and their families, who must have been bursting with pride.

“But imagine being the parent of one of those kids and watching and thinking, ‘Please don’t let anything go wrong!’

His praise for the pallbearers mirrors those of several other broadcasters who commented on their impeccable service throughout Monday’s service.

Lorraine Kelly said on Twitter: “Such a difficult duty carried out impeccably.”

And Channel 5 presenter Dan Walker wrote: “I don’t know about you but I held my breath for most of this part… well done lads. Trusted shoulders, nerves of steel.”

The pallbearers were selected from the Queen’s Company, the 1st Battalion Grenadier Guards.

At the time of the Queen’s death, the pallbearers were on the ground in Iraq, and were recalled immediately to perform their ceremonial duties for the late monarch.