Rebekah Vardy has compared the ‘Wagatha Christie’ case she became embroiled in with the way in which Johnny Depp’s trial was regarded, saying she experienced ‘sexism’ throughout her ordeal.

Last week, a judge found that Coleen Rooney didn’t libel Vardy by accusing her fellow WAG of leaking ‘false stories’ about her to the press – an accusation first made by Rooney in October 2019.

In the aftermath of the verdict, Vardy – who’s married to professional footballer Jamie Vardy – said she felt ‘extremely disappointed’ by the result, while continuing to vehemently deny the claim.

In Vardy’s first TV interview since the ruling, TalkTV’s Kate McCann brought up the fact that her outfits ‘were really scrutinised throughout this court case’, before asking: ‘Do you think there was an element of sexism in the coverage of this case?’

‘Totally. The whole thing was presented in such a misogynistic way,’ Vardy replied. 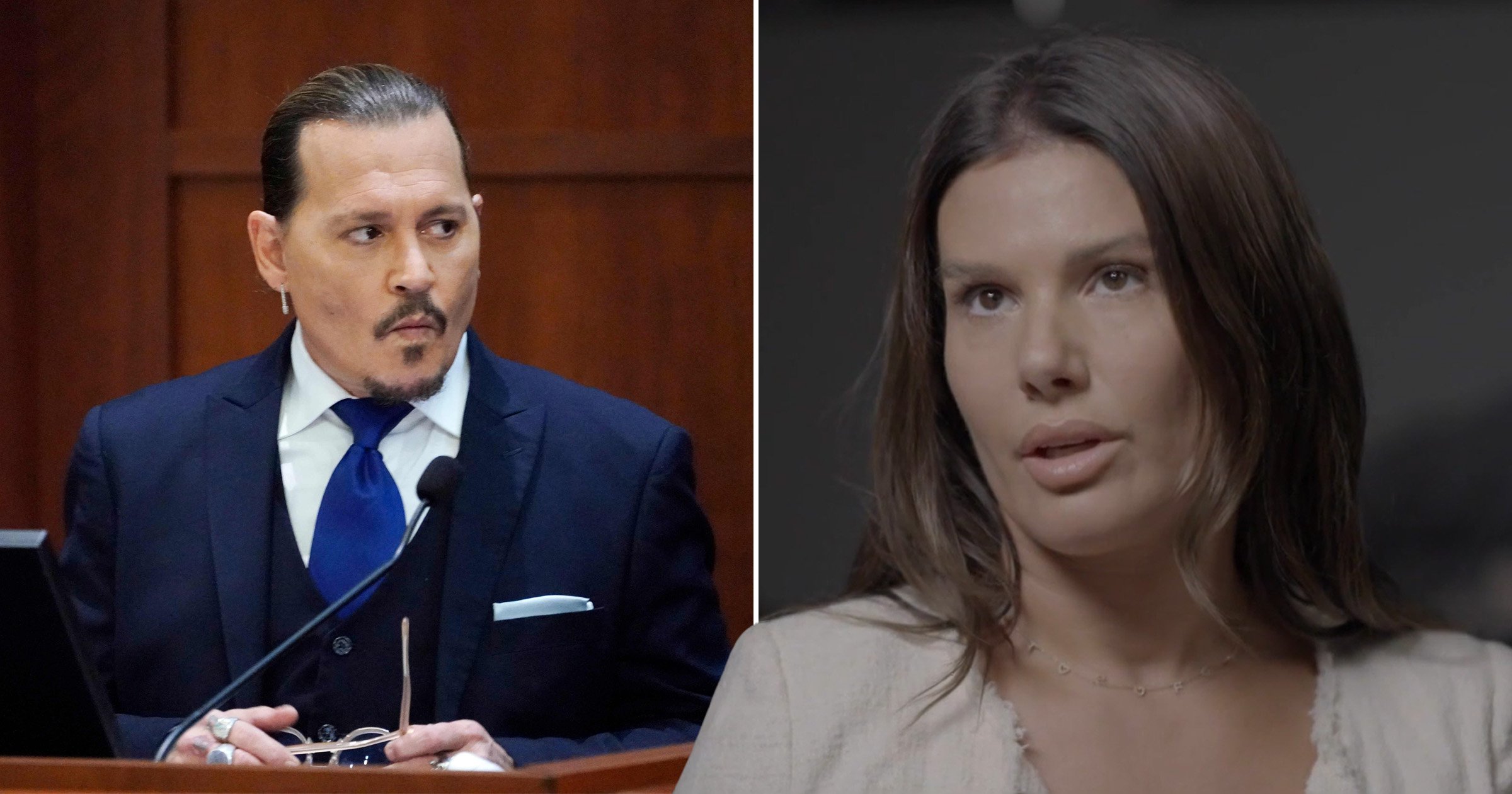 ‘Do you think Amber Heard got a raw deal?’ McCann asked.

‘To be honest, I didn’t really follow the case too much. I think the way she was treated in court, yes,’ Vardy responded.

Depp, 59, recently won a six-week trial against his ex-wife Amber Heard, 36, after suing her for $50million (£40million) for defamation over an op-ed she wrote in 2018 about her experiences with domestic violence.

Although Depp was not named in the article, his team argued that it implied he was sexually and physically abusive towards Heard, which he denied.

In her interview with TalkTV, Vardy said she tried to contact Rooney directly with a private message last November.

She then addressed the claim that Rooney’s lawyers tried to settle out of court, saying: ‘If that’s their version of events, I wouldn’t class that as any form of olive branch.’

The former I’m A Celebrity… Get Me Out Of Here! star stated that in her view, ‘you can’t enter into settlement negotiations with people that are being aggressive and trying to offer settlement basically saying that I accepted blame anyway.’

Vardy lost her trial to Rooney almost three years after she was accused of leaking ‘false stories’ about her to the press, when Rooney used the phrase: ‘It’s … Rebekah Vardy’s account,’ in a social media post.

Rooney, who’s married to former England star Wayne Rooney, had conducted a ‘sting operation’ for several months to try and discover who it was who leaked stories from her private Instagram account.

Rebekah Vardy: Coleen & Me is airing on TalkTV.