S.S. Rajamouli was in the middle of his Oscar campaign when India threw a wrench into the process. The country announced this week that it will not submit “RRR,” the breakthrough Indian Telugu-language action-adventure epic that has become a surprise hit in the U.S., as its official Oscar submission for Best International Feature. Instead, the Film Federation of India went with “Last Film Show,” an autobiographical coming-of-age drama about young boy’s burgeoning love of movies.

For many audiences who have embraced “RRR” (which stands for “Rise, Roar, Revolt”) in recent months, the decision comes as a shock on many fronts. “RRR” was the rare crossover event movie from India. The movie pulled in $65 million on opening weekend in India, then grossed $14 million in the U.S., thanks to a theatrical relaunch in arthouses that Variance Releasing dubbed “encoRRRe”; that overlapped with a Hindi-language dub surfacing on Netflix, where it became an even bigger phenomenon.

It has grossed $170 million worldwide and remained in Netflix’s top 10 for 14 weeks straight, making it exactly the kind of international phenomenon that leads naturally into awards season potential — the promise of “Parasite,” continued.

Watching the movie, it’s easy to see why: “RRR” is a thrilling historical spectacle, with bracing action sequences that don’t come at the expense of an emotional story at its core. The plot, inspired in part by the Sanskrit epics Ramayana and Mahabharata, follows the efforts of a tribal guardian (N.T. Ramo Rao Jr.) assigned to rescue a kidnapped girl from colonial authorities. While undercover, he befriends an officer of the Indian Imperial Police (Ram Charan) as the pair bond over their mutual strength and apparent patriotism. Those bonds are tested, of course, as the truth comes out. In the process, there are stunning action sequences and a sense of scale worthy of Cecil B. Demille: a trapeze-like sequence set under a bridge, a fistfight with a tiger, and some extraordinary musical numbers with the potential to win over even Bollywood skeptics.

For all that hype, however, India’s Academy did what it usually does: Ignore the hype and go with its own preferences. “RRR” is hardly the first Indian submission out of sync with awards potential in recent years. Only three Indian films have been nominated in the 65 years since the country first submitted to the category, including Mira Nair’s “Salaam Bombay!,” but the country hasn’t cracked the category since 2001’s “Lagaan.”

But there have been plenty of potential contenders. The 2013 Hindi-language crowdpleaser “The Lunchbox” premiered at Cannes and received a considerable support from Sony Pictures Classics before India went with “The Good Road”; in 2020, Chaitanya Tamnhane’s immersive, decade-spanning drama “The Disciple” was a hit at Venice and scored Alfonso Cuarón as an executive producer, but the country submitted the lo-fi action-thriller “Jallikattu” instead.

India has a tendency to avoid submitting films that reflect the cultural specificity of Bollywood and Tollywood narratives, with their genre-busting exuberance and musical expressivity. That may have been the biggest hurdle for “RRR” from the start and its final undoing in this process. But the breakout success of the movie in the U.S. inspired Rajamouli and his producing team to launch an awards campaign ahead of the submission process, financed by his own production company.

Rajamouli traveled last week to the Toronto International Film Festival for a public conversation, followed by a trip to New York for a special screening attended by Academy members; he’ll next make an appearance at the Chinese Theater in Los Angeles for an IMAX screening on September 30. 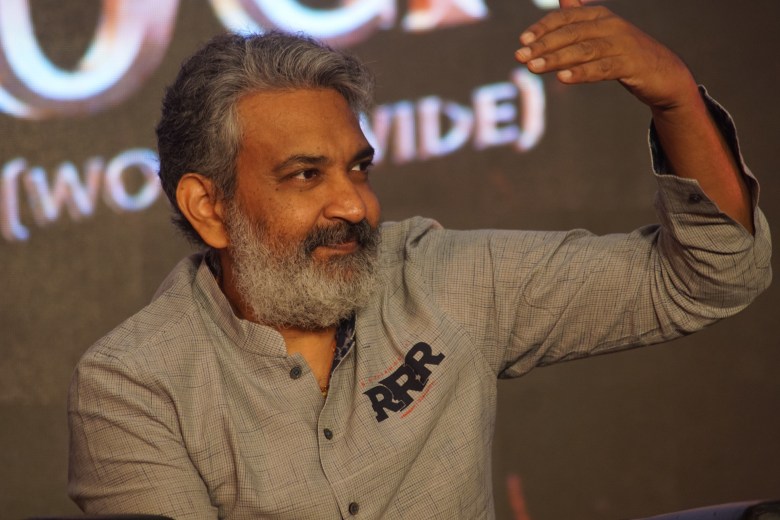 There’s still potential there: As with “Parasite,” Rajamouli’s achievement is strong enough to crack several other categories, including director and screenplay, not to mention the numerous craft achievements that should position it alongside the likes of “Top Gun: Maverick.” For Variance Films president Dylan Marchetti, who has been running the “RRR” campaign in the U.S., the campaign has a long way to go.

Marchetti, who oversaw the successful theatrical release of eventual Oscar winner “Drive My Car” last year, said that “RRR” will receive a significant Best Picture campaign, but he also saw potential for Best Original Song (“Naatu Naatu”), in addition to cinematography, production design, editing, and many other categories. “The only thing this news changes is one less award we can go after,” Marchetti said, a few hours after the Indian decision was announced. “There’s a dozen-plus others we can go for now. This film is the whole package.”

He noted that like “Top Gun: Maverick” and “Everything Everywhere All at Once,” Rajamouli’s achievement reflects the rare theatrical success story in post-pandemic America. It played 1,200 screens on its initial release and an additional 200 when it returned to theaters; at the moment, it continues to play at theaters in Brooklyn and Philadelphia, with additional cities booked through the end of the year. “I don’t think ‘RRR’ is the best movie from India this year,” Marchetti said. “It’s the best movie in the world this year. We’re going to conduct ourselves accordingly.”

It will require a significant and time-intensive push to keep the movie at the forefront of conversations for these categories as the season heats up. Marchetti is focused on getting Academy members to see the movie in theaters, which is no easy feat when many of them watch films on the Academy Screening Portal, where “RRR” hasn’t been posted yet. “Right now our focus is getting voters to see the film as he intended it on the big screen,” Marchetti. “I do think this film benefits from the vibe an audience gives it — but it is great wherever you see it.”

Rajamouli, who has been a successful director in India for almost 20 years, has never attempted to promote his work in this context. During a conversation with IndieWire at TIFF before his movie was snubbed by India, the jetlagged filmmaker admitted that the Oscar conversation was new to him.

“I have absolutely no idea about this process — I’ve never thought about it,” he said. “I don’t know how the whole thing works. Obviously, for an Indian filmmaker the Oscar is a very, very big deal. Everyone dreams about it. But only a few times have we had a chance to be nominated. Whatever has happened so far with this film has happened completely organically, and that has given us the encouragement to go further.”

Rajamouli cited “Braveheart” as an inspiration for the way that “RRR” blends intense, brutal action showdowns with genuine high stakes. “RRR” borrows some of those tropes, but also bends them into genuine entertainment, the kind of thoughtful blockbuster you wish Hollywood made more often. That’s because Rajamouli learned to embrace the potential to experiment that Indian commercial cinema allows for. “I have long felt that Western cinema has a clear framework in which they place characters,” he said. “In Indian films, the framework was much looser, I thought maybe too loose. But later on, I thought the Western framework was maybe too restrictive.”

Rajamouli said that the movie’s expanding international profile had impacted the way the 48-year-old director has thought about his career, which has so far unfolded exclusively within the Indian industry. “A filmmaker is a storyteller who wants more and more audiences to reach the most number of people,” he said. “At the same time, I don’t know how Hollywood works. For the past 25 years, I’ve made films in a certain way. But I’m quite curious. If there’s something I could learn from it, I would really like to work on a Hollywood production to learn the nuances of filmmaking there. Let’s see how it goes.”

For now, however, he said he was developing a new Telugu-language film — but not a sequel to “RRR,” despite many corners of the internet clamoring for just that. He laughed about that demand. “I would love to,” he said. “I need to have a story first.”

In the meantime, he’ll continue to promote “RRR” across the U.S. With the Academy’s 25 percent international membership and a growing desire within the organization to embrace international cinema in all its categories, the movie’s awards season journey is just getting started.

'When Calls the Heart': Production on Season 8 Set to Begin in July

Emmerdale spoilers: Belle Dingle killed by Jamie as he rumbles her as mystery witness?