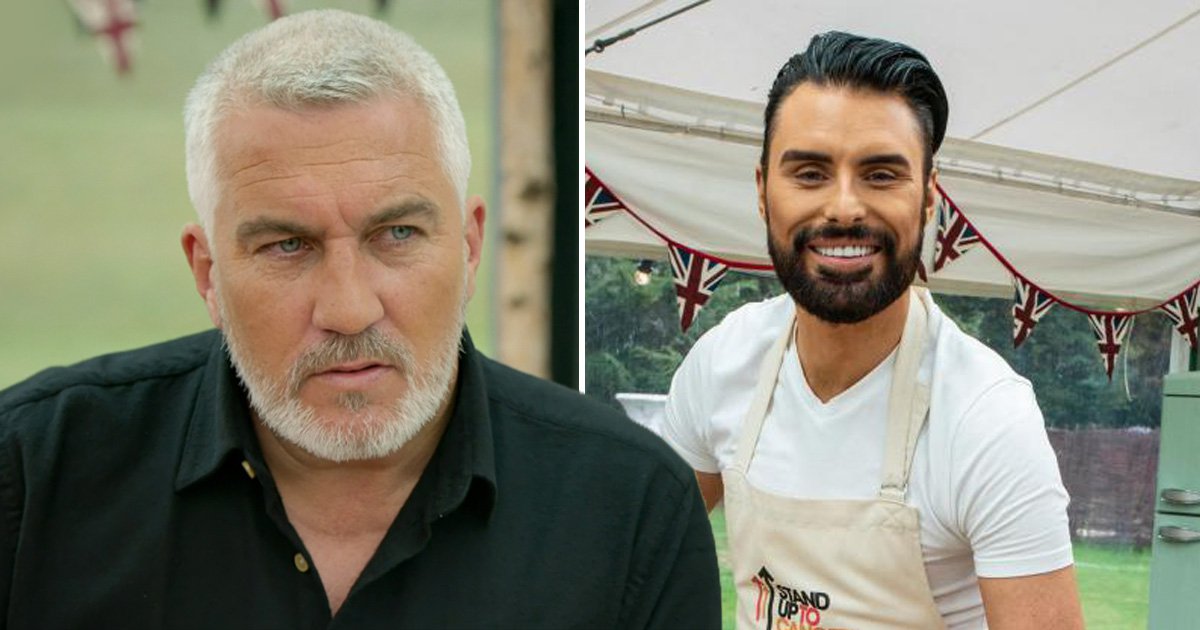 He memorably created a cake that looked like a poop on Bake Off, but now Rylan Clark is claiming he might have had a chance at winning if producers hadn’t intervened.

Back in 2019 the TV personality competed in The Great Celebrity Bake Off to raise money for the charity Stand Up For Cancer.

Alongside actors Michelle Keegan and Russell Tovey as well comedian James Acaster, the foursome were tasked with putting their baking skills to the test, with the title ultimately going to the former Corrie star.

But now Rylan has appeared on the latest episode of the Off Menu podcast with Ed Gamble and James, revealing that with minutes left on the clock, the contestants were given more time.

The TV personality revealed all after saying that he ‘had a gripe’ about what unfolded while trying to complete a cream horn challenge.

‘I took them out of the oven with five minutes to go and no-one even had theirs in the oven yet and I was like what is going on and was thinking that I’ve f…ing won this one.

‘But then someone walks into the tent and said ‘guys we can see you’re all having a bit of trouble here so we are going to give you another hour’, a decision which he says could have cost him.

‘Then Paul [Hollywood] and Prue [Leith] come out and told me off for not having cream and I’m like I know, I only had five f**king minutes. And what did I get. Second, f**k it,’ he laughed.

Clearly loving re-telling the story, Rylan joked that the decision likely cost him the title.

‘There is no shade on Bake Off and I know this doesn’t happen in the civilian version and obviously this wasn’t about who won, but bulls**t because I was sitting there and my cream horns looked real nice.’

‘In that moment I’m thinking, you bastards, I’m sat here and I’ve made these cream horns in the hour and a half they asked for and they look nice, granted there’s no f**king orange in it, and no other bastard has even got their pastry in the oven and with 10 minutes to go and you come in and give us all an extra hour… what do you want me to even do about it.’

However, despite his ability to complete the cream horns in the allocated time, Rylan ended up with a big of a soggy bottom on his hands when his attempts to create an elaborate holiday scene set on Ibiza during the showcase round ended with what can only be described as a creation that looked like it could have come out of a rear end than an oven.

On the eve of the release of his memoir TEN: The Decade that Changed My Future, which is out on Tuesday, Rylan poked fun at himself and his lack of sportsmanship over the event even years later.

Ten The Decade that Change My Future is out on September 27.

Who is David Blaine's daughter Dessa?