It was an emotional moment for viewers on Wednesday as detective Jimmy Perez (played by Douglas Henshall) solved his last murder on Shetland. Some BBC fans were left in tears as Jimmy said his final goodbye to his sidekick Tosh (Alison O’Donnell) before handing the baton over as lead detective.

Viewers praised the perfect ending to series seven, but, some fans noticed one major character was missing.

Many questioned where Duncan (Mark Bonnar) was, as they felt he should have been included in the finale.

Jimmy’s pal is currently in prison for being involved in a murder, and the detective was meant to be helping to clear his name.

However, he wasn’t shown at all in the final episode, leading fans to question how his fate will play out. 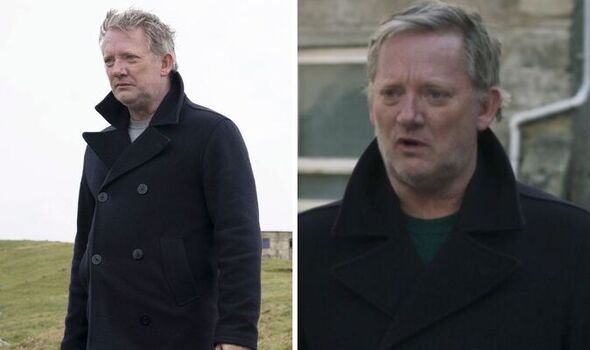 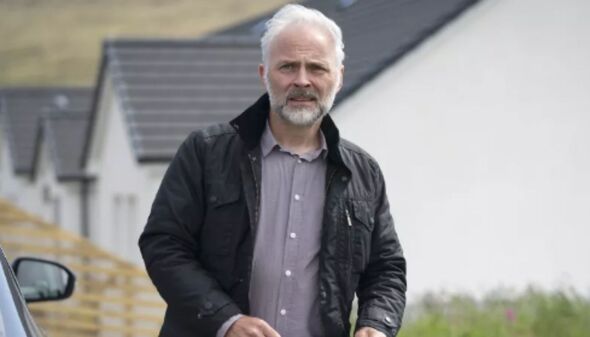 Taking to social media to ask where Duncan was, Leanne wrote: “What’s happening with Duncan? He was framed ffs, they can’t let him stay in prison.” (sic)

While user @michelleeb said: “I miss Duncan. I want a Duncan ending.”

“Been really weird having a series without Duncan. Missed him in this series,” Sarah commented. 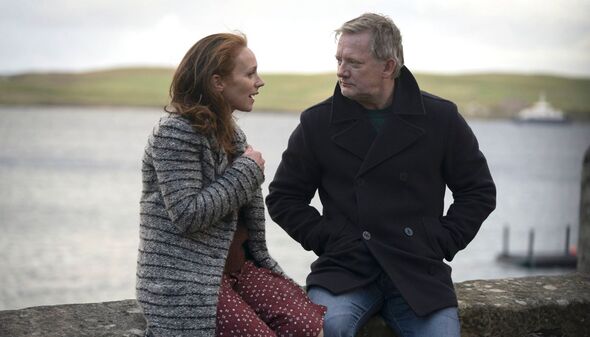 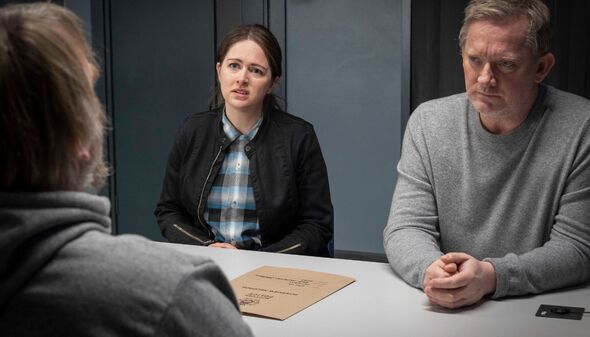 Gill added: “I hope they’re not going to forget about Duncan. And if Jimmy and Meg are going to be living in Jimmy’s house, I hope we’ll see them again from time to time.”

“But what about Duncan?” Scott McNeil asked as Maddy Marsh pointed out: “Dougie and the cast were great. But I feel like I’ve watched a series of this completely devoid of heart. And Duncan. Despite Jimmy spending the ENTIRE last series talking to him or about him….” (sic)

BBC bosses have confirmed a series eight of Shetland, so fans may see how Duncan’s story plays out.

The end of season seven ended with Jimmy confessing his love for Meg Pattison (Lucianne McEvoy).

“Yesterday when I knew that you were in danger and might never see you again, I realised how much meant to me,” an emotional Jimmy began.

“That’s pretty much everything, and I haven’t felt like that for a while but I didn’t know what to do with the feelings.

“So I just put them in a box and stuck a lid on it until now.”

An apprehensive Mewg replied: “Are you sure this isn’t Florence Nightingale syndrome flaring up again, Jimmy?”

“No,” the detective insisted. “I am amazed at how I feel, I never thought for a second that I’d get to feel like this again.”

“I thought about what happened yesterday too,” Meg continued. “You putting yourself in harm’s way like that seemed to me to be the actions of a man who didn’t care about himself or his future.

“Brave, yeah sure, but reckless, and that is scary because a world without Jimmy Perez isn’t one that I want to live in.

“But I know that doing what you do and your work it’s what you live for.”

“It’s not anymore,” Jimmy added as the pair embraced.

Shetland is available to watch on BBC iPlayer and Britbox.