Series seven of Shetland came to a close on Wednesday evening following an explosive season as did Douglas Henshall’s tenure as detective Jimmy Perez. BBC viewers were heartbroken to say goodbye to the detective as was his co-star Alison O’Donnell, who portrayed his right-hand woman detective Alison “Tosh” McIntosh. She shared a sweet message about the Scotsman on her social media after the finale aired.

The actress took to Twitter on Wednesday evening and penned with a broken heart emoji: “Thank you @djhenshall for being the sun.”

She also shared a picture with a colleague who was wearing a t-shirt which read: “A world without Jimmy Perez is a world I don’t want to live in.”

Douglas played Jimmy for almost a decade but he decided to leave the show as he felt his “story was coming to a natural end”.

It has not yet been announced who will replace him as the drama’s top detective but speculation has been mounting it could be Tosh star, Alison. 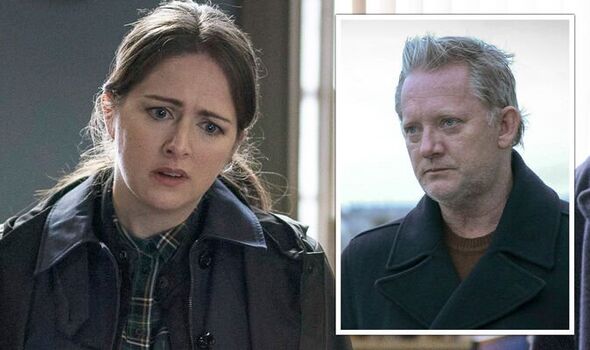 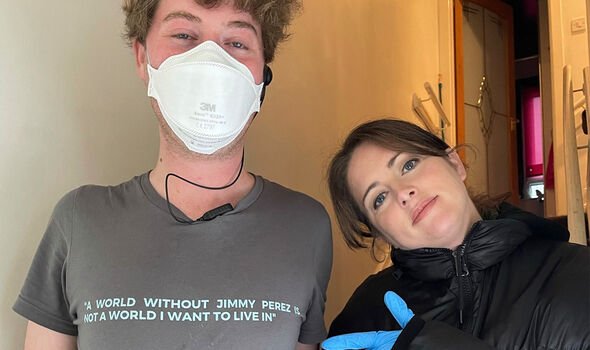 Many of Alison’s followers commented on her touching message about her co-star Douglas.

Fon Ellard said: “I was coping until Tosh teared up, then my eyes started proper leaking. You’ve got to be the boss next series, right? Felt sorry for poor Sandy getting no hug. Thanks for giving us such fabulous entertainment.”

Mauren Todd added: “Alison – you set me off when Tosh started to cry! Another fab series and so glad Jimmy got a lovely ending! I still can’t believe that Douglas stood outside my parents’ house on numerous occasions and I still didn’t manage to see him! No chance now!”

Ann penned: “Aw this moment broke my heart. I’d say that emotion was pure and real. What a team! Fantastic actors and a fantastic show.” (sic) 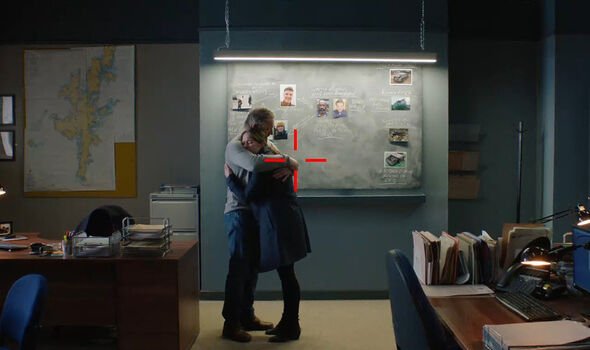 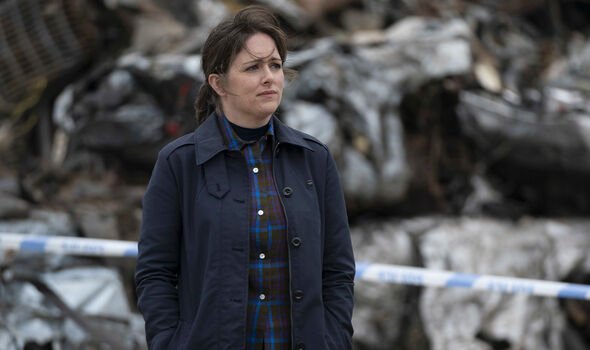 Isobel wrote: “Thank you for being the moon Alison, and now the sun has gone in it’s time for the moon to come out. The chemistry you all share is irreplaceable.”

“So happy for @djhenshall, “Cuban Pete said. “Not many of us get to leave on our own terms and even less leave such an imprint. So happy for him but my selfish self is sad for us.”

Mark Sanderson remarked: “Another brilliant series of Shetland, but not sure how we should feel, glad a new series next year, but sad no Jimmy Perez. Wishing every success to @djhenshall in whatever project is next.”

During the series finale, Jimmy managed to crack the case after they discovered Jamie Narey (played by Grant O’Rourke) was behind the murders of Connor Cairns (Nick Nunn) and Bryd Fleming (Sorcha Groundsell).

Jamie became a radicalised climate change activist following the death of his friend while she was protesting against an oil company.

After he was arrested, he confirmed he hadn’t killed William Rodgers (John Arnold) and the team had to reevaluate the case before they found out that Alison Woods (Laurie Brett) was the murderer.

Alison killed the American after he recognised her partner Lloyd Anderson (Patrick Robinson) and threatened to expose his identity, revealing he knew about his crimes.

She murdered William and disposed of his body to protect Lloyd and she was arrested by Jimmy’s team.

However, Jimmy felt guilty and wanted to help Lloyd as he knew he would be getting the death penalty in America as soon as he was taken there.

Lloyd wanted to help Alison but knew there was nothing he could do and Jimmy reminded him how her sacrifice would have been for nothing if he stayed in the UK.

When Tosh found out, she told Jimmy she was not ready to take over from him, but he gave her a reassuring hug.

Shetland episodes are available to watch on BBC iPlayer.